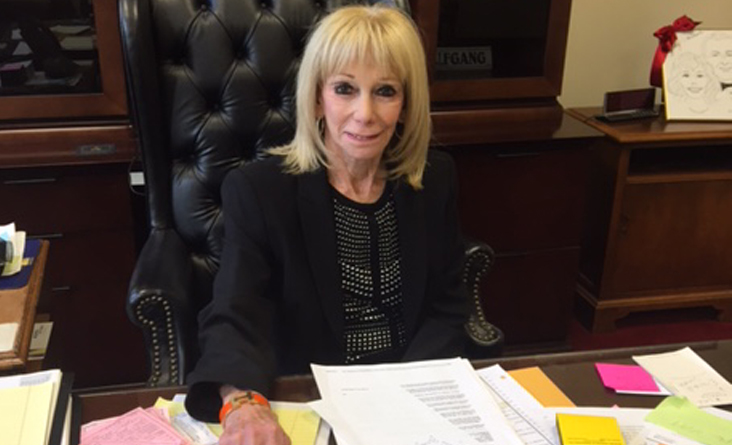 It is hard to know where to begin when trying to capture the essence of a much-honored and accomplished professional who is retiring after a long and very distinguished career in the criminal justice system who, by all accounts, is still at or near the top of her game.

But I’m going to lean a little bit on others to help me tell a small part of the story of retiring State Supreme Court Justice Penny M. Wolfgang who, having reached mandatory retirement age, will hang up her robe for the last time on Friday (Dec. 23) after a judicial career that began in 1978 in Erie County Court where she served for seven years before winning a seat on the Supreme Court bench where she has served ever since, winning re-election in 1999.

“It has been remarkable,” she said during an interview this week in her Supreme Court chambers, appearing almost overwhelmed by her approaching retirement and the enormity of the moment as she prepares for the inevitable exit from her career that we all face.  “I feel fortunate to have served the people of this community over such a long time and I hope I have fulfilled the expectations and the confidence they placed in me.”

She is leaving the bench still mourning the loss of her beloved husband, attorney Michael Wolfgang, who passed away just two months ago.  Penny (Moonelis) Wolfgang met her future husband at a political event during her senior year of law school at New York University where she received her law degree in 1964 and they were married within a year.

She and Michael had one daughter, Robin, who is communications lead with Citigroup in Buffalo where she oversees all internal and external communications affairs, and the closeness of the bond between mother and daughter shows in her face when she talks about Robin and her granddaughter.    There is joy and sadness locked together, as her husband has passed but her beautiful daughter is near as she prepares for the days ahead without the security of the judicial robe she has worn so well and so proudly for so long.

Judge Wolfgang grew up New York City where she loved the theater and it wasn’t until her second year at Fairleigh Dickenson University that she became interested in a legal career.  But she has continued to love the theater through the years and even while handling her nonstop and challenging judicial calendar, she found time to stay active on two theater boards and talk about important legal issues on local television and radio shows, becoming a household name when it comes to the law.

But she truly made her mark as a judge, handling some of the most difficult cases one can imagine, murders and the like, and she did it for a very long time.  She has won many, many honors for her work (Oustanding Women of the Law Award in 2011 among them), and is extremely highly regarded by the legal professionals who have worked with her and practiced before her.

“She was a terrific judge,” says the Honorable Sam Green of Buffalo, retired senior associate justice of the Appellate Division, Fourth Department, who has a courtroom named after him.

“She was one of the top criminal law judges in the area and had the background as chief of the Legal Aid Appeals Division and the defense lawyers respected her rulings,” added Justice Green.  “She was well versed in the law.” 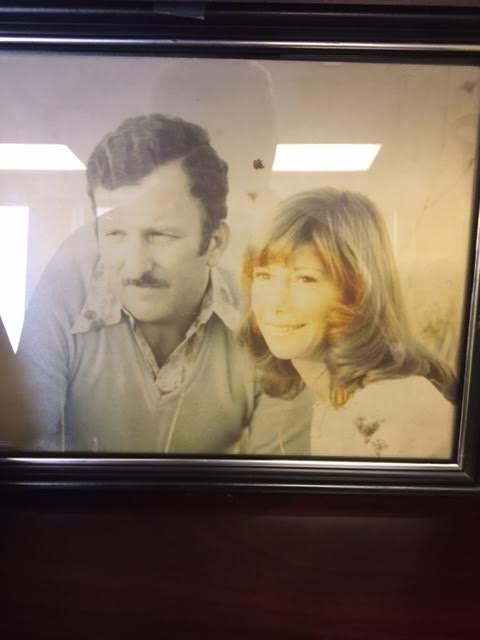 Indeed, she earned the respect of the top defense lawyers in this community during her more than 30 years on the bench.   One of the leaders of the Buffalo defense bar is Terrence Connors.

“Justice Wolfgang was the quintessential trial judge,” said Connors said.  “She handled more than her fair share of high-profile cases and always with an even hand and an eye on justice.  She was our Lady Justice.”

Veteran defense attorney Joel Daniels, who has been praticing law in this community at a high level for decades, perhaps expressed the sentiment of many of his peers when he said “she will be genuinely missed by all of us.”

Another veteran defense attorney and a former Buffalo City Court judge, Andy LoTempio, called her a “true pro who was even handed and disapassionate.  She will be missed very much.”

State Supreme Court Justice Russell Buscaglia whose chambers are across the hall from Judge Wolfgang’s, called the retiring jurist “a trailblazer for women as trial judges in the criminal justice system.  Her chambers have been next to mine for 13 years so I have been able to see it all–her unique dimension of elegance, style, and knowledge of the law she has brought to the bench.”

For her part, Justice Wolfgang says it was her pleasure to work for and learn from the late esteemed free-speech attorney Harold Price Fahringer, and she mentioned many more lawyers, like the late and noted Buffalo defense attorney Harold Boreanaz and many of the top current attorneys practicing here including Paul Cambria, Joel Daniels, and Herb Greenman to mention just a few.

And in her mind, the public should have the opportunity to observe what goes on inside a courtroom, lawyers and all, to help better understand our legal system, the best in the world.

She has been a strong advocate for cameras in the courtroom, saying “I want the public to understand the court system firsthand;  I want them to see how the courts work and they should be able to see for themselves.”  Whenever she had the opportunity, that’s exactly what she did over the last 20 years.  It is part of her resume, part of who she is, to help the public understand how the legal system works.

While she is leaving the bench after Friday, Justice Wolfgang expects to be active in the courts, quite possibly as a hearing officer.   And she is certainly going to continue her work on local radio and television in helping to let the public know what’s going on in the courts as she has for so many years.  She currently hosts a weekly half-hour public service radio show on WLKK, WWKB, WKSE and WTSS.  And of course she will continue to enjoy her family, including granddaughter Karen Honan.

“I still have many things I hope to accomplish,” she said as she looked around her office with so many pictures and plaques and certificates marking her judicial career that, after all these years, is coming to an end.  “I just want to still contribute to the community.”

Justice Wolfgang, as Justice Buscaglia said, has been a pioneer for women during much of her legal career and she has left her mark on the criminal justice courts of this community.  Perhaps, as Terry Connors said, “she was our Lady Justice,” and she will forever be remembered for her service to this community on so many fronts. We wish her much happiness.

FENCES on film with Stephen McKinley Henderson by ANTHONY CHASE
2016: THE YEAR IN SPORTS By Andrew Kulyk and Peter Farrell
Comment