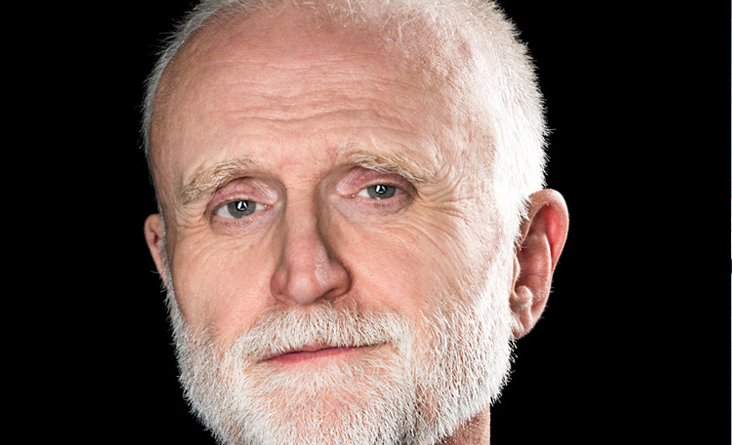 As an actor, David Oliver projects an intensity that has fueled a wide range of performances in roles that run the gamut from Sigmund Freud to the Marquis de Sade. It would seem that he is attracted to singular personalities, and maybe even to the monstrous.  His current endeavor is to direct his own stage adaptation of the ultimate monster story, Mary Shelley’s 1818 novel, Frankenstein, which opens on January 20th at Road Less Traveled Theater. The cast features Jonas Barranca, Steve Copps, Gerry Maher, Candice Kogut, Joel Fesmire, John Profeta, Adam Yellen, Marisa Caruso.

In this production, we are promised “a probing look at the man, his creation, and the choices that tore them apart,” and asked to ponder, “How far is too far in the quest for scientific achievement? Where does responsibility lie in shaping who we are and what we become? Is good and evil born or bred?”

What attracted you to the Frankenstein story?

In literature and plays, I find I’m immediately drawn to big themes before anything else, in Mary Shelley’s Frankenstein, the most basic theme of all, life vs. death, permeates. ‘Character’ is the second attraction. It’s rare to experience such an influential connection between two main characters, Creator and Creation in this case, when they spend so much of the story apart. It creates an interesting perspective and tension between them as they explore their lives separately but are always drawn back together. One of the elements of the novel that struck me was that it felt like a period family drama and ultimately a story of paternal abandonment; that may be a new focal point to develop but I believe it’s at the heart. Also, I wanted to bring it closer in time, so I’ve set it in 1900, a period of great exploration and change, the realities of the Industrial Revolution, and questions of humanity. Consequently I’ve developed some new story lines along the way.

Would you describe the process of adaptation? How did you begin? How long did it take?

Fortunately, when I read the book I loved it. I read it a few times and began forming my own approach, based on the central narrative and what affected me about it. It took about a year to finish the adaptation.

How have the actors involved in the production contributed to the process?

The actors have contributed mostly by being good actors. It’s always crucial to hear the lines that have been in your head for so long delivered with meaning and conviction which has definitely helped shape the later rewrites and tweaks. Even more important is that you eventually learn what can be acted or expressed emotionally and physically instead of stated in the text, that’s always useful, sometimes trimming the text is the best part as you discover other ways of conveying the story.

Why does the Frankenstein story endure with such contemporary resonance?

Going back to the idea of classic literature with its big themes, there probably isn’t a greater desire in man than that of overcoming death, and for Victor Frankenstein to have conquered it is a compelling idea with longevity. But then he falls apart. We end up hooked by his doomed journey based on an action he regrets the minute he performs it. The themes of ambition, hubris, regret, endurance and revenge all come into play. Also the Creation himself is the embodiment of ostracization and what it leads one to, which is hard not to relate to.