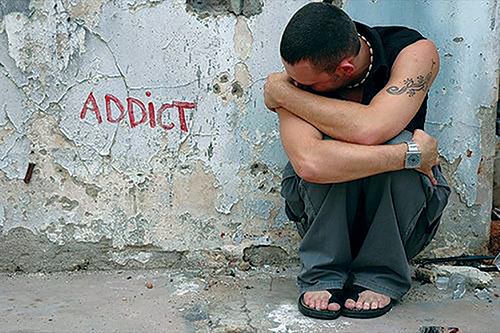 The U. S. is indeed in the midst of an opioid overdose epidemic that is taking a horrible toll not only on the addicts but their families and friends who are also suffering and looking for help in dealing with the addiction crisis.

Opiates range from legal drugs such as fentanyl, codeine, and morphine to illegal drugs such as heroin and opium.  In Erie County, last year there were more than 300 fatalities that were opioid-related, and every day in America 78 people die from an opioid overdose.  Unfortunately, very few families have gone untouched by the growing epidemic that is claiming more lives every day and destroying many others.

The numbers are growing and the experts say it is now the worst addiction in American history.  It started with the pharmaceutical companies churning out opioid pills enabled by doctors looking to deal with pain. It was embraced by Americans for all kinds of reasons and was then followed up by cheap heroin when the prescriptions run out.  (For the record, Erie County is now suing 11 drug makers, accusing them of contributing to the crisis by knowingly pushing highly addictive painkillers to the public.)

But in addition to legal action, there are other efforts underway to try and help deal with the severe impact on addicts and their families and Saint John Paul II Parish in Lake View, a hamlet in Erie County, along with WNY United, is hosting Pastoral Re-sponse II on Saturday, April 29, from 9 a. m. to 2 p. m., a workshop to discuss ways to help people who are suffering from the opioid epidemic, featuring several experts to offer their guidance.

Pastoral Response II is a follow-up to the Pastoral Response held last May at Christ the King Seminary, an event that catered mainly to pastoral and parish staff. This year’s event, according to the sponsors, is stacked with many wonderful speakers who will provide information to raise awareness about addictions from a medical and spiritual aspect.

Holmes said the program is reaching out to everyone, people of all religious back-grounds and community organizations, in the effort aimed at suicide prevention and intervention as well as how to reach out and support “those who are suffering and their loved ones.”

The event is free, open to the entire community, and is described in a flier as a gathering of people of faith who “stand with our brothers and sisters, who are suffering. Individuals from a variety of faith traditions are participating in the conversation that begins with the question, how can we support those who are suffering and do our part to end this epidemic?”

Speakers include Dr. Paul Updike, director of addiction medicine and recovery services for the Catholic Health System; Beth Anzolone, executive director, WNY United; and Beth Gerardi, a high school counselor who will speak on understanding suicide. There will be eight speakers in all.

For more information, you can visit the following websites:  https://pastoralresponse2.eventbrite.com. Also, for Sue Boyle:  sboyle@wnyunited.org or Faith Holmes at fholmes.socialjustice@gmail.com.

‘Walk to Remember’ to Honor Legacy of Fr. Joe Moreno
LETTERS TO THE EDITOR