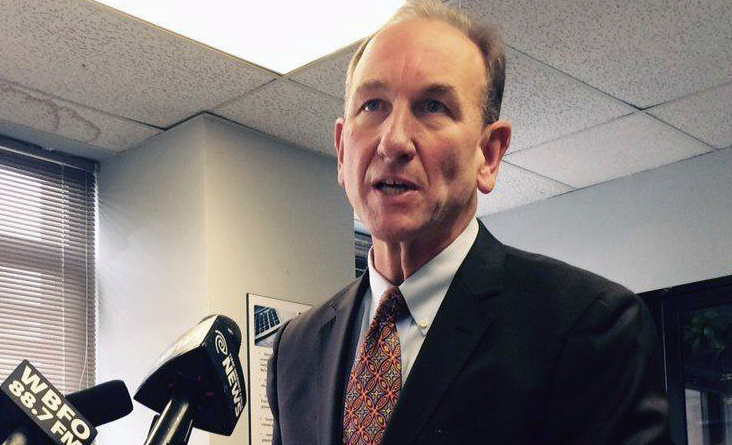 Candidate calls selection process a “sham,” says he will do everything in his power to reverse panel’s decision

Buffalo mayoral candidate Mark Schroeder called the process that resulted in a downtown site for the new train station a “sham,” and pledged to do everything in his power to reverse the decision if he is elected this fall.

“As mayor, I will bring trains back to the Central Terminal, and a great deal more,” said Schroeder, adding that housing, retail, and museum space would be part of his vision for the East Side landmark and the surrounding neighborhood.  “It’s time this city stopped taking the easy way out, and if I’m elected, that time will be January 1.”

Claims that the process was public and transparent don’t jibe with the barricades on the street outside of the selection committee meeting and the media and public’s inability to attend, he said.

“The hypocrisy is palpable,” said Schroeder.  “Buffalo needs a leader that listens to its people instead of slamming the door in their faces.  If I’m elected Mayor everyone will have a seat at the table.”

Schroeder said the only way to avoid another bad decision and squandered opportunity is to elect him mayor in the fall.

“I’ll tackle the tough challenges as the mayor of Buffalo, and that includes the Central Terminal,” he said.