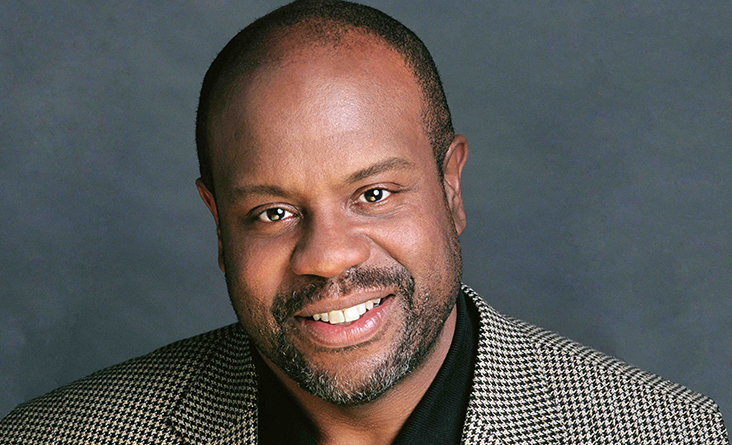 Buffalo Philharmonic Orchestra music director JoAnn Falletta returns to the podium on Saturday June 3 at 8pm, and on Sunday June 4 at 2:30pm to wrap up the orchestra’s current season with a program featuring three works by British composers. The program includes Edward Elgar’s In the South (“Alassio”), a concert overture for orchestra, Op. 50, and Peter Maxwell Davies’ very popular An Orkney Wedding, with Sunrise. Adam Luebke, music director of the Buffalo Philharmonic Chorus will lead his ensemble in its collaboration with the orchestra for a performance of William Walton’s intensely dramatic and rarely performed oratorio, Belshazzar’s Feast.

Born into a musical family in 1902, Walton was a child member of the Christ Church Cathedral School in Oxford for six years, before becoming an undergraduate in Christ College at Oxford University at the unusually early age of sixteen. While at Oxford he met Sacheverell Sitwell, a fellow student, who invited him to lodge in the attic of their Chelsea home in London with him and his literary sister and brother, Edith and Osbert. As Walton later recalled, “I went for a few weeks and stayed about fifteen years”.  The well-connected Sitwell siblings helped their protégé both materially and culturally, in effect launching his career. Edith was influential, letting Walton set her quirky verse in his composition Façade, a work which gained him some notoriety as a “succès de scandale”.

In 1929, the British Broadcasting Company (BBC) awarded Walton its first ever commission, for the work that became Belshazzar’s Feast. The work was supposed to be a piece for a small chorus, an orchestra of no more than fifteen players, and soloist. Walton’s friend Osbert Sitwell constructed a text from books of the Old Testament and The Book of Revelation. Walton struggled for several years with the work, during which time the size of the orchestra for which it was written grew to massive proportions. When the work was first performed at the Leeds Festival in October 1931, with Malcolm Sargent leading the full London Symphony Orchestra and the huge Leeds Festival Chorus, it was an immediate success and hailed as the most important British choral work since Elgar’s Dream of Gerontius, composed in 1900.

Belshazzar’s Feast in set during the time when the Jews were in exile in Babylon, often referred to as the Babylonian Captivity. Belshazzar, the Babylonian king, commits sacrilege at a feast by   using the sacred vessels of the Jews to praise the heathen gods. After a message appears on a wall, mysteriously written by an unknown hand condemning his sacrilege, the king is miraculously killed, Babylon is conquered by the Medes and the Jews regain their freedom.

The richly orchestrated work makes effective use of jagged, strong rhythms and harmonies, influenced at times by Walton’s interest in using popular music, especially jazz while telling a religious story. Michael Kennedy, a biographer of the composer has noted that the chilling orchestral sounds which accompany the mysterious writing on the wall ultimately derive from the opera Salome, by Richard Strauss. As the English novelist and music critic Compton Mackenzie noted at the time, the sweep and drama of Belshazzar’s Feast was irresistible “like a great explosive sunset”.

The featured soloist Kevin Deas, one of America’s leading bass-baritones, has performed frequently with the BPO, and he has gained international renown for his signature portrayal of the title role in Porgy and Bess. Deas has recorded Wagner’s Die Meistersinger for Decca/London with the Chicago Symphony under Georg Solti and Varèse’s Ecuatorial under the baton of Riccardo Chailly. The 2014 release of “Dvorak in America” on Naxos, featured Mr. Deas performing the world premiere recording of Dvorak’s Hiawatha Melodrama and Dvorak’s arrangement of “Goin’ Home”.

English composer Edward Elgar already enjoyed a high reputation when he first visited Italy in 1904, but the self-critical composer had been unable to satisfactorily complete his eagerly anticipated first symphony. Inspired, like so many northern visitors, both before and after him, him, by the sights, sounds and fragrances of the Italian countryside, Elgar composed his work In the South, which at twenty minutes long became the longest single symphonic movement he had written up to that point. The musically descriptive work of “the thoughts and sensations of one beautiful afternoon” also has a literary basis in the quotations from Byron and Tennyson which Elgar wrote on the manuscript, evoking both history and landscape. A contrasting haunting second episode in a minor key, is in effect a ‘canto popolare’ or popular song for solo viola that may well be a nod to Berlioz’ Harold in Italy, which features the same instrument. “I love it: it’s alive!” said Elgar, and few would contradict him.

Commissioned by the Boston Symphony, An Orkney Wedding, with Sunrise musically depicts the riotous celebration of a wedding on that Scottish island. The colorful twelve-minute long work, perhaps the only piece in the classical repertoire that features a bagpipe solo, ends with the entry of the bagpipes, which the composer Peter Maxwell Davies describes as symbolic of the rising of the sun, when the piper, dressed in traditional Scottish regalia, enters the hall from the back, parading to the stage and taking the soloist’s position only as the piece concludes.