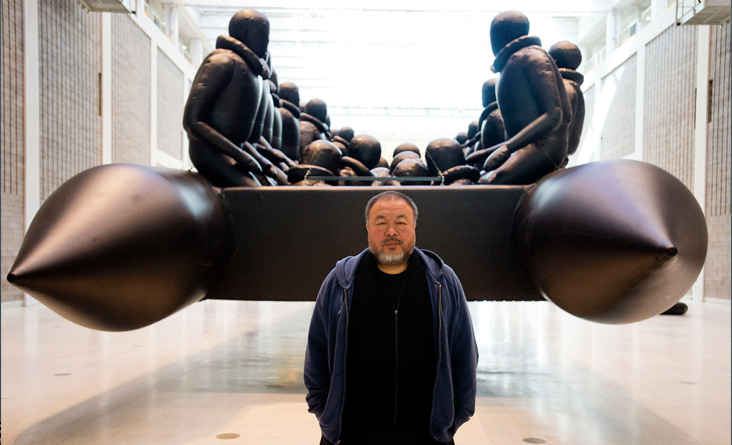 photo above: “The Law of the Journey” the latest work by Chinese conceptual artist Ai Weiwei, 59, (pictured), shows how refugees are perceived as without personal identities or life stories. The work is at the National Gallery in Prague, Czech Republic

History is one of the most diverse subjects that one can study with specialist branches that overlap with almost all other academic pursuits. By looking at the different aspects of human history, we gain a unique and vital understanding of how we got to where we are today and how we can best act to shape the future in the way we want. Throughout human history, artists have been on hand to offer both a depiction and interpretation of world events. As such, there a number of areas of study within history that may be of interest to artists. 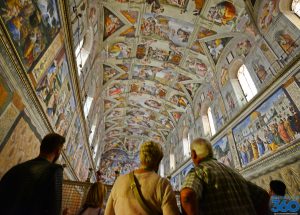 Art history is one of the most far-reaching of all with art having played a vital role in human civilization since pre-history. From cave paintings to the Sistine Chapel to the Mona Lisa, and today, with the likes of David Hockney and Ai Weiwei, every culture on the face of the planet has been touched by the nature and history of art. Art is an integral part of any culture. Art history examines the interplay between art and artist and between artworks and the societies that they appear in, as well as the innovations from around the world, which drove the evolution of art differently in different regions of the world. Unsurprisingly, for a subject as broad as art, there are numerous subspecialties with this field and many art historians have a preferred time period for which they dedicate most of their study.

A military history degree offers a look at the history of war and conflict, how this has changed, and how it has shaped modern societies. Studying an online MMH program is not only a great choice for military buffs but what it teaches is applicable to many other areas of study. Art depicting warfare has long been an important part of human civilization, initially as a way of presenting images of battle before things such as cameras existed, but art has also been used to show the effects of war and the terror and destruction it brings with it. Military history is also important for our understanding of current global relations and geopolitics and global economics. During the 20th century, it was the catastrophe of World War II that drove the surge in technological innovations in the Western world, something that would never have received the necessary attention or resources were it not for the war.

Architecture is something that, like art, has evolved alongside the societies that exist within it. Just as innovations in technology and materials gradually made the pursuit of art more and more accessible and shaped the nature of its evolution, so too has our approach to buildings been decided by a number of factors, many of which are human driven. Architecture has obviously featured prominently in the work of many artists, and along with fashion, is often one of the ways we can date a scene in a painting. Architectural history examines how and why architecture has evolved in different parts of the world, as well as the evolution of the underlying theory.

Those looking to get the most out of their preferred field of art should consider looking into pursuing an online history course to broaden their understanding and appreciation of the subject.