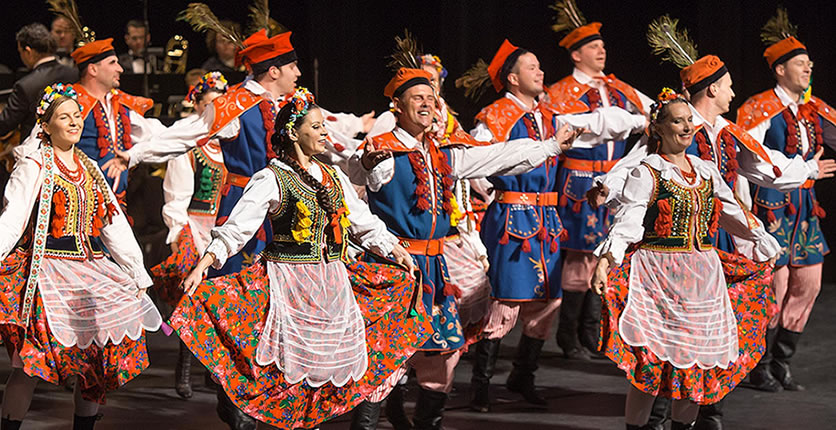 Buffalo, as we know, has large Polish population, one of the largest in the country. Chicago’s Polish population, however, dwarfs ours by almost ten times the size. So it’s not surprising that the nations only professional performance company specializing in Polish music, song and dance is from Chicago. Wearing colorful Polish folk attire the Lira Singers, Dancers, and the Lira Chamber Players perform beautiful Polish and American carols, the music of major Polish composers, and an entire act of Polish folk song and dance.

This year, Lira will present patriotic music, including a medley of songs from the revolution Thadeusz Kosciusko led against the Russian occupation of Poland. Kosciuszko is one of Poland’s greatest heroes because of his attempts to free Poland and secure human rights for Polish peasants, but he is also an American hero because of his crucial service as a general in the Revolutionary War fighting with George Washington’s army.

The Lira Singers will be conducted by Lira resident conductor Mina Zikri. Born in Egypt, Zikri is an accomplished violinist who has been a standing member of Daniel Barenboim’s West-Eastern Divan orchestra since 1999. He is a guest conductor for the Cairo Symphony Orchestra in his native Egypt. He has also played with both the Chicago Symphony Orchestra and the Chicago Civic Orchestra.  Lira’s choreographer and dance director is Iwona Puc, who trained and performed in Poland before continuing her career as a choreographer before continuing her career as a choreographer in the U.S.

As with all Lira performances, the concert will be narrated in English by Lucyna Migala who is artistic director and general manager of the Lira Ensemble. Ms. Migala will share some Polish holiday traditions and will offer a bit of the history and tradition behind the music and dance performed.