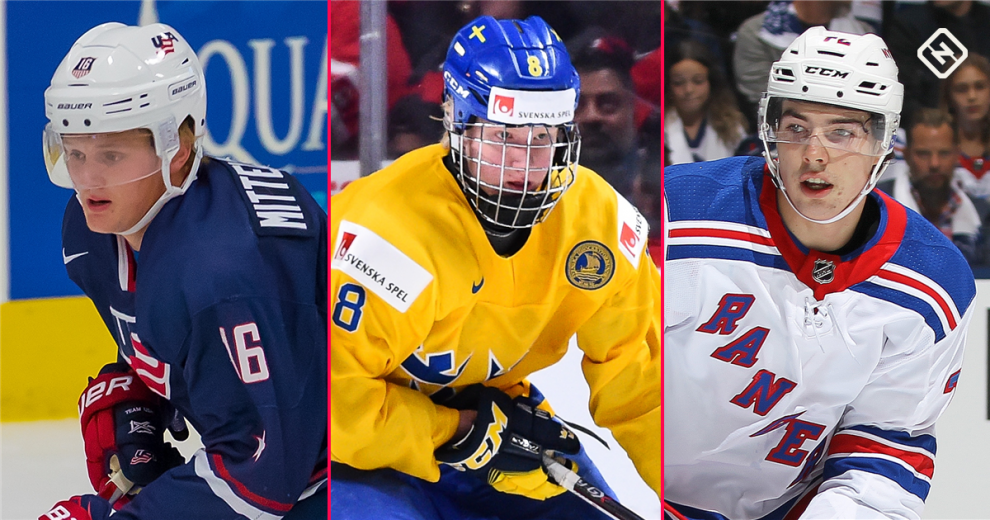 Opening of tournament in Buffalo a disappointment

Perhaps it all started to go downhill when they rolled out ticket packages earlier this year.

Gold, Silver and Bronze bundles. All at boxcar prices. Exhorting fans to buy tickets to any and all of 31 games for the World Juniors, along with this ominous warning… “The only way to guarantee your seat to the outdoor game at New Era Field is to sign up now for one of these packages.”

It was all a sham. And not the first time that the marketing geniuses in the Buffalo Sabres front office have foisted this sort of thing on an increasingly sophisticated ticket buying public.

The 2018 IIHF World Juniors U-20 hockey championships opened this week downtown at KeyBank Center and HarborCenter. If you were looking for throngs of excited fans, oceans of scarlet wearing Canadians whooping it up (and freely spending their loonies) and a general buzz of excitement, you’ll have to go to YouTube and pull up videos of the 2011 tournament held here in Buffalo.

There was plenty of excitement on the schedule, and already some memorable moments on day one. The Czechs delivered an early beatdown to the favored Russian team, and given the geopolitical events of the moment and a seeming return to the old days of the Cold War, a pretty good sense of satisfaction amongst fans and observers.

Canada knocked off Finland, but it took a controversial goal by the Canadians, one that on replay clearly showed that the net was off the moorings before the puck went in, to send the building into a tizzy. The final was 4-2 Canada, and the Finnish coach was so disconsolate about the blown call that he refused to meet with the media after the game.

The nightcap saw the gold medal defending and tournament favorite USA team totally annihilate Denmark by a 9-0 count, and it was Sabres prospect and game MVP Casey Mittelstadt garnering most of the attention, and scoring two goals.

Did you miss any or all of this? If you did then you were not alone. The games were played before appallingly small crowds, About 1500 in attendance for the Czech/Russia game, and the building half full for Canada/Finland. All four of the Canada preliminary games in 2011 were sold out. At best maybe 5000 USA clad fans were in the building later that evening. If there was little or no cheering perhaps the reason was that the arena was ice cold. Cold to the point that fans who were carrying appropriate outdoor gear had to bundle up, don their hats and scarfs and stomp their feet just to keep warm. Mind you, inside the arena.

So where was the buzz? At HarborCenter, of all places. Six “secondary” games are set to take place in the intimate 1800 seat arena, and it was a pretty full house and a raucous one at that watching Sweden play Belarus. The overmatched Belorussians were actually tied at 1 following the first period, thanks to a shorthanded goal caused by a botched pass at the hands of Swede and Sabres prospect Alex Nylander. Sweden took over later, and Nylander did redeem himself by notching two assists.

But back to the tournament…

A USA city only gets to host this tournament once every seven years, which is then rotated amongst Canadian and European host cities. The City of Buffalo and the Buffalo Sabres managed to land the World Juniors for a return visit, fending off some very significant competition, first by presenting robust attendance numbers from the first go around seven years ago. Remember that event? Canadians descended on our city by the tens of thousands, filling the bars, restaurants and hotels, and were spotted all over the streets of downtown Buffalo.

The opening of HarborCenter meant that the entire tournament could now be staged under one roof. No more trekking out to Niagara County to watch secondary matches.

And third – the outdoor game. Never before has a World Juniors game been presented on outdoor ice, and the USA v Canada game, with visions of the 2008 Winter Classic and 71,000 fans packing New Era Field in Orchard Park a strong visual, was in all likelihood the tipping point to deliver the event to Buffalo this year. Then in an incredibly jaw-dropping decision and a move that defies credulity, set the game date and start time for 3pm on a Friday, a workday for most people.

The International Ice Hockey Federation and their marketing partners, the Buffalo Sabres, then made several other gaffes. First, the overreach on pricing and packaging. The promotion of the outdoor game has been executed to the point of almost totally ignoring that there are other games going on, and that this is a ten day tournament. Switzerland v Belarus? Tickets cost the same as a game involving Canada or the United States.

Want to lock up tickets? No flex packs, no Canada packs, no “at par” deals perhaps involving non Canada games (remember in 2011 the US and Canadian currencies were even, now a US dollar costs $1.29 Canadian), just a commitment to buy huge bundles of games. And the way that the games are scheduled, with overlapping start times at HarborCenter, and an impossible window of time between Friday’s sole match at HarborCenter and the outdoor game in Orchard Park, it would be literally impossible for the most dedicated of fans who wants to attend the tournament wire to wire to actually see everything. No doubt that was not explained to the consumer who bought these packages.

Fans who did buy any of the pricey packages up in the 300s were at least treated to one surprise… the upper deck was closed off for two of the three games Tuesday due to low ticket sales, and those ticketholders were invited to sit in the 200 level. No telling how those 200 ticket purchasers who paid full price for their seats felt about that move. And any joy for the upgrade was surely muted once people found out that the already high beer prices at Sabres games were jacked up even further for the World Juniors.

So what has happened here is not unlike what happened the in the World Juniors these past two years in Toronto and Montreal. Even in the self proclaimed Center Of The Hockey Universe up in Toronto, oceans of unsold tickets and empty seats remained for any games not involving Canada. What that meant is that fans were able to purchase tickets on the secondary market for as low as $6 to most games up there, and that is certainly the case for the games here in Buffalo.

More hiccups… Buffalo is experiencing a bout of arctic weather that has not occurred here in at least two years, and temperatures are expected to stay in the teens and single digits right through the first week in January. A themed “Championship Village” has been set up amidst the flexible lawns and portable toilets at Canalside, but with bitter cold and icy winds off the lake that event will most likely be a bust.

The cold temps might wreak havoc with the outdoor game as well; shovelers have already been sent out the recruitment notice to help clear the stadium of snow, and last night on TSN, the Canadian sports network covering the tournament, hinted that there is a contingency plan to move the USA/Canada game back indoors to KeyBank Center if conditions warrant such a move.

The front office has not released figures as to how sales are proceeding for the outdoor game. Suffice to say that end zone seats aren’t even being sold, and with the cold temperatures don’t expect a huge walk up crowd, or the festive tailgating scene that fans shared at the Winter Classic ten years ago. Mind you, none of this is the organizers’ fault.

If, however, Governor Andrew Cuomo’s patronage laden Erie Canal Harbor Development Corporation had fulfilled their mission statement and actually developed the Canalside neighborhood and constructed actual buildings since the last World Juniors, there would be a great base to bring fans down to the arena neighborhood for a plethora of events and attractions. Windswept empty lands, fiberglass huts, an inflatable toboggan slide, and dozens of port-a-potties don’t scream for a must visit destination attraction.

Amidst all this gloom there is good hockey. Great hockey actually. A number of Sabres prospects play on the various teams, none more noticeable than Casey Mittelstadt on Team USA. The flags, the patriotism, the anthems, the folk songs performed after each team’s goal, are on full tilt. Fans and visitors from other countries are here, reveling in our city, our fans, our cuisine and looking for the buzz and excitement.

Alas, there is little. Back in 2011, country flags were in on display at all the team hotels, and on the streets and in shops. Chippewa was awash in banners. Riverworks didn’t exist back then, but would have made a perfect host venue for the Championship Village which is instead petrified under the ice and snows and portable toilets of Canalside.

Enjoy the games folks. And the tournament. Still time to grab tickets to any and all the games there are plenty available.

Since the next time America gets a bite at the apple is not until 2025, this may be the last time you will see the World Juniors here in Buffalo. And that would be a dirty shame.