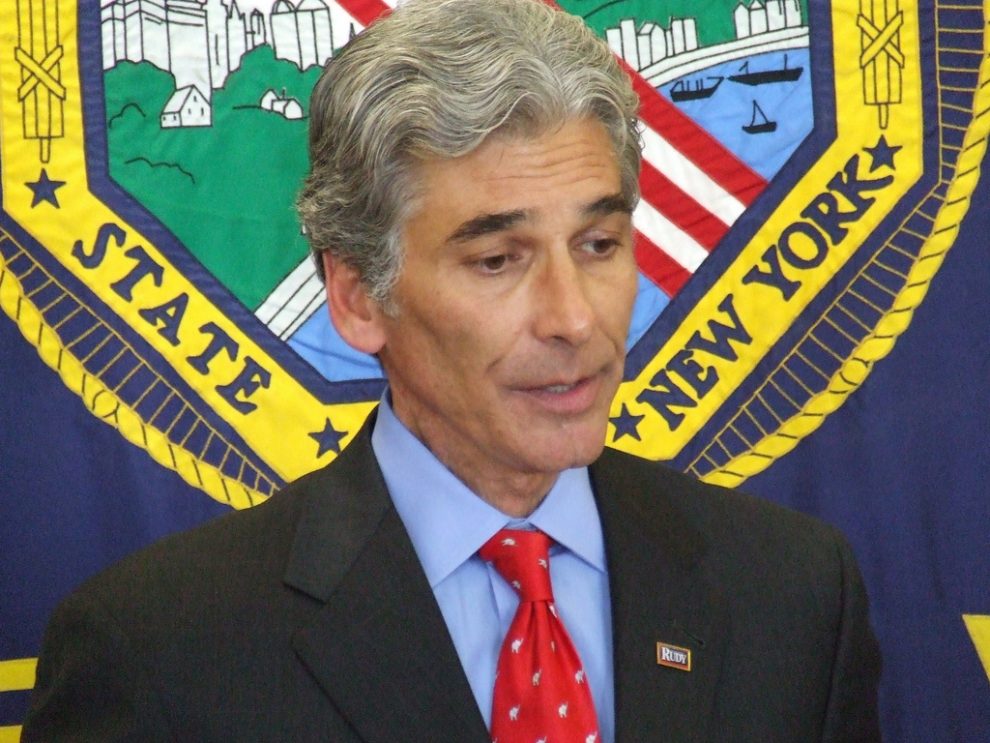 I grew up in Buffalo’s Lakeview Housing Project, the son of a single mother who, with help from my grandmother, got me started on life’s journey.  It was from those humble beginnings that my life was shaped, and I learned early on to make my way in this world and to chase my dreams no matter the obstacles life presents.

In the course of my journey, I became one of the youngest ever Buffalo Council members, serving throughout the 1980’s, and went on to win two terms as the chief fiscal watchdog of the City of Buffalo as comptroller.

Later, battling through cancer, I survived and served for eight years as Erie County executive during which time I cut county taxes by 31 percent and pushed hard against a stubborn establishment to reduce government costs by consolidating services even as unfunded state mandates choked our budgets to the limit.

After several years in the private sector, I have reached the point in my life where I want to return to public service to see how I can contribute to a better state government that doesn’t raise taxes and fees every year to keep up with soaring government costs.  My belief is, based on my experience, that we can help reduce spending by consolidating services across the board.  We need to trim the patronage-rich authorities and agencies to a level that we can afford without driving out residents with ever-increasing taxes.

It was regionalism that was my mantra as county executive and that’s what I want to do as governor, push against the establishment bureaucracies like the educational system with hundreds of overlapping districts and the Metropolitan Transportation Authority and try to make a dent on government spending.  We can’t just keep imposing new taxes and fees to the tune of a billion dollars as this governor has recommended in his budget plan.

I was shocked and dismayed to read the recent New York Times series on the Metropolitan Transportation Authority’s mismanagement, waste,  and bureaucratic bungling that in one case found that 200 workers employed to dig new train platforms under the Grand Central Terminal in Manhattan were being paid over $100 an hour and were not even working.   According to the series, accountants could identify only 700 of the 900 workers employed on that job.  You could say they were mining gold on the backs of the taxpayers in the tunnels of New York and nobody was watching.

I’ve called for the governor to clean house at the MTA but he’s done nothing except to keep and return the same bungling bureaucrats who apparently are working with the unions and contractors to drive up prices and their profits on subway work with virtually no oversight.  It has to stop and I’ll have more to say on that subject very shortly.

We need to shake things up, break up the I’ll-scratch-yours while you-scratch-mine way of doing business, and that means we need to be creative and strong and not limit government to those who can buy it.  Gov. Cuomo has a $31 million war chest, but I’m not running away. I’m ready to take my message to the public by every means available, and I hope folks take the time to listen.

For all the reasons I’ve mentioned here and many more, I am seeking the Republican nomination for governor to bring my dreams and my government bucket list of reforms to the residents of our great state.  I hope you will listen to what I have to say and support me in this effort.

Proposal to dump Pegula Frackwater in Allegheny River upstream of NY’s southern tier advances
Exclusive: Raniere claimed he had proof for Holocaust denial, so Bronfman, Zionists, had to stop him at commodities