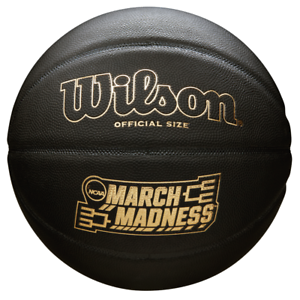 The NCAA Tournament is among the most unpredictable sporting events of them all. Will the best team in the country win it all, or will a lower-seeded team get hot at the perfect momenttime? There is evidence that the latter might just happen this year.

Five teams who have been ranked #1 in the country this year endured embarrassing losses during the current season. This suggests that this year’s NCAA Tournament may have some Cinderella stories.

How many number one seeds will reach the final four?

St. Johns University lost 11 games in a row then beat former number one teams, Villanova and Duke, back-to-back. They are currently ranked 80th in the country and likely won’t make the 68-team tournament.

Virginia University lost to Virginia Tech by one point at home, after beating them on the road by 26 points five weeks ago.

Michigan State lost by 10 points at home to then unranked Michigan and proceeded to win 10 games in a row securing the number one ranking.

Villanova lost to St John then beat number #4 ranked Xavier by 16 points on the road.

Duke University lost to Boston College (16-11) and St. Johns (14-13) then went on the road to beat #9 ranked Clemson by nine points without their best player Marvin Bagley III ( a contender for Player of the Year and possible #1 pick in the NBA Draft.)

Wisconsin, with a 12-16 record, beat Purdue by four points after losing to them by 28 points a month earlier.

How can it happen that arguably the five best teams in the country could all get hammered by unranked teams?

Can a bubble team (teams on the cusp of missing or making the tournament) win it all?

Isn’t that what makes the NCAA Basketball tournament interesting and arguably the most unpredictable sporting event of them all?

Fill out your brackets, and find out which Cinderella team, if any, earns an invitation to the final four ball in San Antonio, Texas.