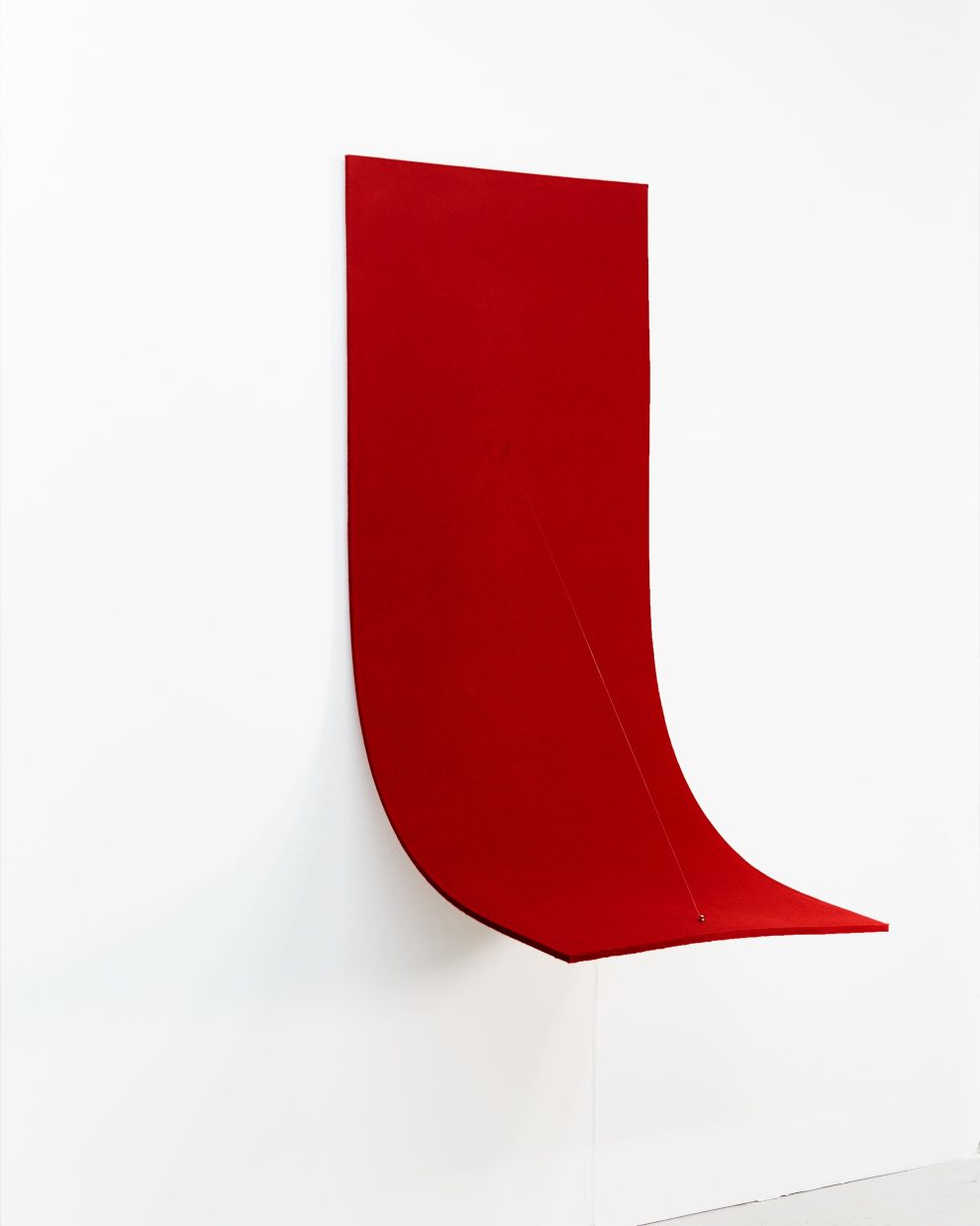 Páramo | 127 is presenting Naama Tsabar, an exhibition of works on felt, sculptures, performances and installations associated with music, freedom, body engagement and escape.

The exhibition focuses on the relationship between Tsabar’s artworks and Páramo’s Upper East Side townhouse, creating an immersive experience for the audience to engage with the works on display.

Two new monochromatic sculptures, Work on Felt (Variation 19) Midnight and Work on Felt (Variation 20) Cherry Red, hang in the gallery, laced with piano string and attached to amps. Created for the exhibition, these works confront the viewer with their minimal design. Viewers have the opportunity to interact with the works by tightening or loosening the strings, which changes the degree of the bowing of the sculptures and the sound that they make. The transformative nature of the sculptures is such that their appearance directly corresponds to the pitch that they produce. 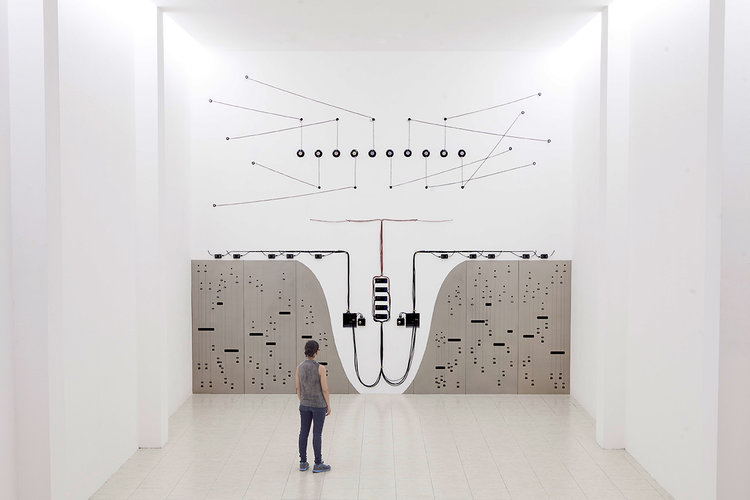 In reference to the production of these sculptures, Tsabar presents Works on Felt Paper Studies, reflecting on the evolution and transformation of elements in her work.

The exhibition also includes Closer (2014), which highlights key musical concerns in relation to gender roles and coded behavior. The architectural sculpture, like most of the artist’s works, invites personal negotiation and physical engagement. Shown for the first time in 2014 at the Solomon R. Guggenheim Museum, Closer will be activated at Páramo | 127.

Tsabar’s experiences as a bartender and as a musician in a punk band inform her visual language, evident in her newest body of work in which a series of sculptures of broken guitars focus on the moment following the climactic act of destruction. Taking a Dadaist approach, she maps the broken guitar pieces as they fall and reattaches their strings in an unconventional way, creating a site-specific floor instrument. This work is part of Tsabar’s guitar series, which explores the structure of music as well as the relationship between musician and object, in order to rethink the instrument’s gendered place in both art and music. The broken guitar serves as a prototype for Tsabar’s Melodies of Certain Damage, which premiere at SOLUNA International Music & Arts Festival on May 11, 2018, in Dallas, Texas.

Tsabar’s musical background is reflected in her Transition (2018) works, for which the artist has removed the internal components of amplifiers and speakers and mounted them on cotton and linen canvases. Connected to power, each canvas retains the equipment’s functional role with a set sound and volume level. 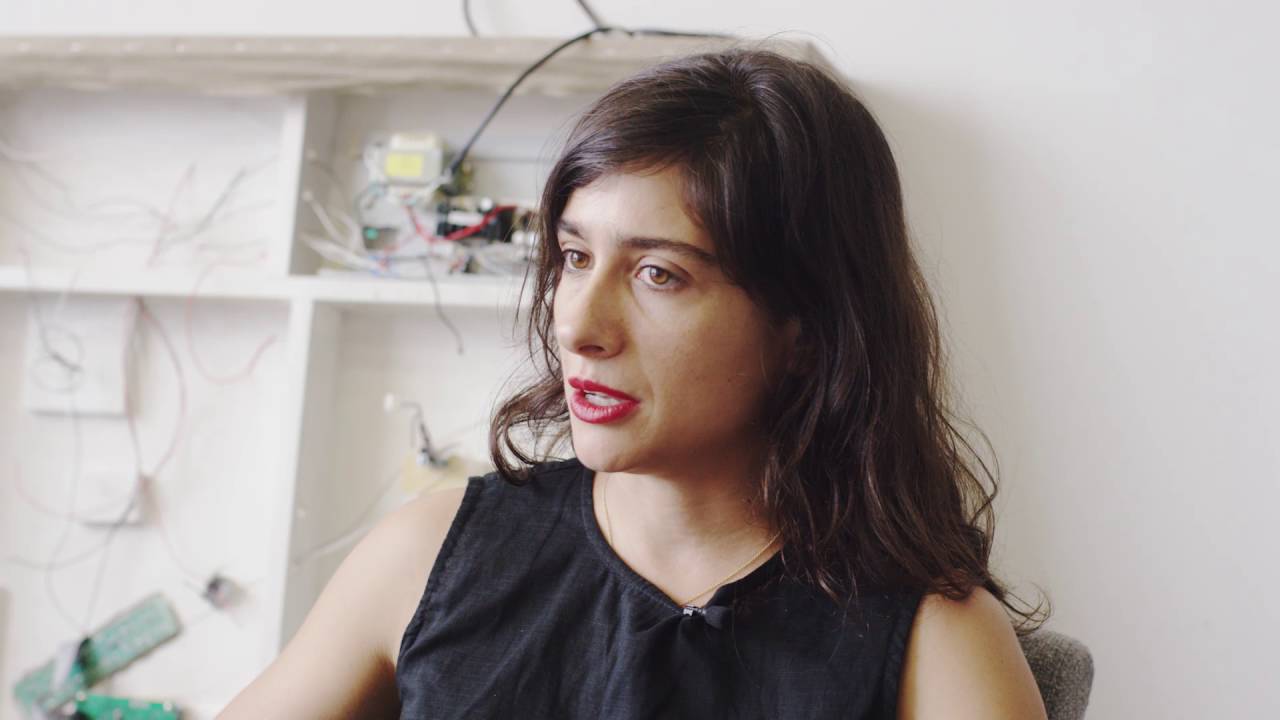 Naama Tsabar (b. 1982, Israel) lives and works in New York City. She received her Bachelor’s degree from the Hamidrasha School of Art, Israel, in 2004 and her MFA from Columbia University in 2010.

Group Exhibition: The Skin of the Sound
CCS Bard Galleries and Hessel Museum of Art, Annandale-on-Hudson, New York
April 8–May 27, 2018

Páramo was founded in 2012 in Guadalajara, Mexico. The mission of the gallery is to provide a platform for artists to explore new artistic practices, as well as to function as a place where institutional projects can be realized within a commercial space. Páramo’s hybrid model has created a burgeoning market and thriving artistic community in Guadalajara. In 2017, under the new direction of Alexandra Garcia Waldman, Páramo expanded to New York City with a space on the Upper East Side. This decision has allowed Páramo to reveal the work of its artists to an international audience.

Petulant Elton John vows no more fans onstage, ‘you f—d it up’, after fan high fives him
The meaning of St. Patrick’s Day
Comment