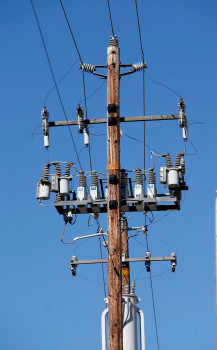 By Alissa Shields
Gov. Andrew Cuomo’s Executive Budget included an amendment to municipal law (TED Part F) that would severely limit local control over small wireless facilities deployment within and outside of the public rights-of-way.  [See Exec. Budget: (Page 14)]
I wish to express my strong opposition to Gov. Cuomo’s overreaching, industry-drafted, Small Wireless Facilities Deployment Bill [Ted part F.].
Imagine if a private, billion-dollar, for-profit company decided to place roughly 40 cubic feet of industrial equipment on the roof of your home and offered you pennies on the dollar to “rent” that space. Now imagine that you didn’t have the right to say “no.”
This is what Gov Cuomo is proposing for every municipality in New York State in language contained in TED Part F.
The only difference is that this industrial equipment will be attached to the streetlight, traffic light, utility pole, or street sign in the public right-of-way in front of your home or business and neither your town nor you will be able to do anything about it.
Wireless providers are pushing hard for this bill because they want the ability to put their bulky, unsightly equipment wherever they want, while not paying a fair share to offset community impacts. And they might just get their wish in a matter of weeks unless we, as residents, and our elected officials come together and oppose this bill!
At its core, this bill is inconsistent and contrary on its face to home rule by eviscerating local control over the deployment of small cell wireless facilities within and outside of the public rights-of-way. The single most important job a municipality has is land use and here the state would be taking this away.
By eliminating zoning review or approval, this bill prohibits public input and violates our First Amendment rights to petition government for the redress of grievances and be heard at public hearings.
This bill is a gift of public funds to billion-dollar telecommunications companies that don’t need the help, by eliminating negotiated leases and placing well-below-fair-market-value caps on the amount a municipality can charge for the private use of public property.
By preventing municipalities from negotiating leases over antenna locations, this bill eliminates a municipality’s ability to push companies to provide high-speed internet access in under-serviced and/or underprivileged areas. Without that leverage, wireless companies will focus only on areas where they make the most money while robbing municipalities of revenue.
Nor has the wireless industry pledged to pass on the millions of dollars in savings they will receive from the proposed capped lease fees to the consumer by way of lower-priced service contracts. The public should not further subsidize billion-dollar companies at the expense of the public.
The only things residents will get out of this bill is lower property values, blight, and a front row seat to unregulated, mass proliferation of wireless infrastructure in their town.
Wireless providers have scheduled meetings with state legislators and their staff over the next few weeks and have begun sending out well-funded e-mail marketing campaigns.
We must tell our leaders in Albany to reject this attempt to wrest control from municipalities and stand up for the best interests of New York residents.
The municipalities of  New York State, not Albany, should have the final say on what private industry can build within its borders! Remind Gov. Cuomo that New York is a home rule state!”

TED part F is very similar to that industry lobbyists attempted to get passed in California. However, Gov. Brown y vetoed it.