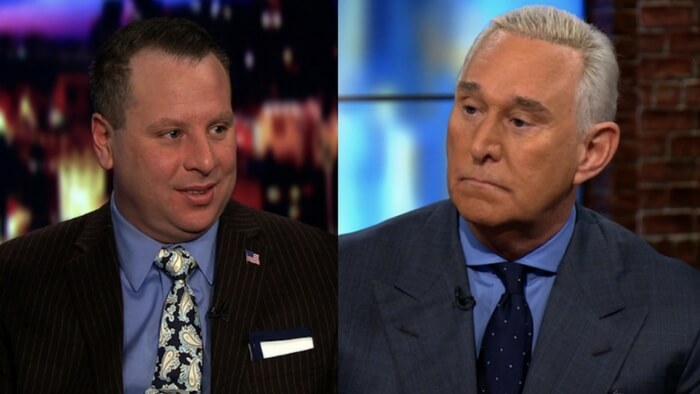 I must address reports in today’s Washington Post in which my friend, Sam Nunberg, is identified as one of two sources who allegedly claim I told them I met Julian Assange in 2016.

Nunberg’s statements do not create evidence

There is no evidence I participated in, or have any knowledge of, any collusion with the Russians to effect the 2016 elections. I had no advance notice of the content, source, or timing of the Wikileaks publication of any material.

Nor did I receive any allegedly hacked material from any source and pass them on to Donald Trump, or the Trump campaign. Nor did I know in advance that Wikileaks had obtained John Podesta’s emails and would publish them, nor did I predict that his emails would be published.

No communication from me to Sam Nunberg, or anyone else, will prove otherwise. In fact, documents I submitted to the House Intelligence Committee prove that I did not collaborate with Wikileaks and that my testimony was truthful.

Allegations that I met with Julian Assange in London in 2016, an allegation apparently repeated by Sam Nunberg, and purportedly a second, unidentified person, are provably false.

Proof available that allegations have no merit

My passport shows I never left the USA in 2015 or 2016. Surveillance cameras for Assange, a guy in a virtual gulag at the Ecuadorian Embassy, show he never left there, and I never arrived there.

So how did Sam come to say I met with Assange?

Sam said in a interview that he spoke to Steve Bannon 30 times a day. One reporter said Sam called her eight times late one night.

We can clear this up right now.

Late one Friday night, when I was trying to get Sam off the phone, Sam asked if I had plans for the weekend, and I said I thought I would fly to London to have dinner with Julian Assange.  It was a joke and I hung up. It was not only jocular, but it is, of course, provably false [via passport records and security videos.] It was a mere throw away line. Although I admit I was amused when Sam took it seriously.

Sam called me to warn me that Mueller was out to get me three times after his initial interview with OSC, then told me I must admit I told 58 people that I had gone to London.  This was not true.  I told ONE person…. who was too intense to figure out it was a joke.

Just the same, I bare Sam no ill will as he struggles with his demons.

As to the second person bearing false witness against me, I am asked to answer a faceless charge, and an email I have not seen, allegedly making claims I don’t recall.

I had no advance notice of the alleged hacking of the DNC emails or John Podesta’s emails!

Although Sam is a talented researcher and writer, and a relentless gossip and yenta, in this case, he has done me a disservice.

The claim that I got documents, or allegedly hacked email from Wikileaks – or anyone else – and gave them to Donald Trump – or anyone in the Trump  camp – is as false as the certainty that they were hacked by Russians or anyone else.

These are lies created by Democrats, and some in the media ,that will be dispelled by the investigation.

My testimony before the House Intelligence Committee was 100% truthful and documents I submitted to them show I did not collaborate with Wikileaks.

As far as the so-called “Back Channel – I have addressed it here: The claim by Mother Jones that Randy Credico’s confirmation that Wikileaks would publish non-specific Clinton material predates his meeting and first interview with Assange – is irrelevant.

Credico was well acquainted with members of Assange’s legal team.

[While we’re at it, let’s dispense with the false allegations concerning Guccifer 2.0, since Chuck Todd revived this chestnut late last week. My complete exchange with someone claiming to be a hacker [Guccifer 2.0] has been released publicly. My exchange is innocuous, banal and, based on the timing, content and context, doesn’t constitute collusion.]

No collusion. No hacked email. No discussion of the allegedly hacked email with Donald Trump before, during, or after the campaign.

The only reason any of this could possibly matter is if Assange is a Russian asset. I reject this claim by our politicized and discredited Intelligence services.

Nonetheless, because I received no allegedly hacked emails – or anything else – from Wikileaks, and passed nothing on to Donald Trump, it’s immaterial.

If the drooling talking heads at MSNBC, or the elitist snots at the Daily Beast, think they have a smoking gun, they are wrong.