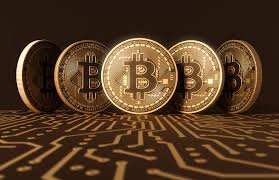 At present, governmental control over money is being challenged by crypto currencies. This holds the golden promise of providing sovereignty for individuals, free of government oppression over their medium of exchange.

Crypto currency is designed to work like money – as a medium of exchange – that uses cryptography to secure transactions, control creation of additional ‘currency’, and verify the transfer of currency from one person to another.

Crypto currencies decentralize control of money, as opposed to centralized government-backed money found, for instance, in the central banking systems. Decentralized control of cryptocurrency works through a public transaction database called a blockchain, which functions as a ledger.

The first crypto currency is BitCoin, created in 2009.  Since then, other crypto currencies have been created. These are frequently called “alt-coins”.

Crypto currencies gave birth to a market for investors and speculators. Exchanges like Okcoin, Poloniex or Shapeshift; enable the trade of hundreds of crypto currencies. Their daily trade volume exceeds some major European stock exchanges.

Cody Littlewood founder and CEO of Codelitt said, “In two years from now, I believe crypto currencies will be gaining legitimacy as a protocol for business transactions, micro-payments, and overtaking Western Union as the preferred remittance tool. Regarding business transactions, you’ll see two paths: There will be financial businesses which use it for it’s no-fee, nearly instant ability to move any amount of money around, and there will be those that utilize it for its blockchain technology. Blockchain technology provides the largest benefit with trustless auditing, single source of truth, smart contracts, and color coins.”

Caleb Chen of London Trust Media said, “In the next few years, we are going to see national governments take large steps towards instituting a cashless society where people transact using centralized digital currencies. Simultaneously, the decentralized crypto currencies – that some even view as harder money – will see increased use from all sectors.”

Some cynics claim this money revolution is a  pyramid scheme. All it would take is a sharp drop in BitCoin’s price to collapse all cyber currency prices. The theory being that a downward spiral will accelerate as cyber-currency “investors” try to bail before prices plunge like what occurred with the 1929 stock market crash.

Like stocks, cyber currencies are perceived wealth –in a sense “imaginary money”. Their value is a product of perception as well as supply and demand. Presently crypto currencies are increasing for the reason that it is not tied to any government or regulatory agency. This makes crypto currency in effect the digital equivalent of gold.

Sound money, secure from government interference, or control, promises to preserve and increase its value over time. With US dollars – via US policies, the dollar is – through inflation – becoming less valuable daily.

BitCoin, in time, could conceivably replace the American dollar as the world’s currency exchange standard. Given how people all over the world now rely on BitCoin to protect themselves against the devaluation of their national currency, it is not as improbable as it may sound.

Having money that people are totally free to use without the coercive hands of government can also have a dark side. In Asia, a market for BitCoin has emerged using “Darknets of Cybercrime”.

Hermitage Capital CEO Bill Browder said BitCoin’s usefulness for criminal activity may be responsible for its ultimate failure, and when it falls so will other crypto currencies.

“BitCoin and other crypto currencies are a way for bad dictators or criminals to bypass sanctions,” Browder told CNBC’s “Squawk Box” from the World Economic Forum in Davos, Switzerland.

If Browder is correct, crypto currency could be a repeat of the dot com scams, where stocks were being valued so highly at tax time that people ended up owing hundreds of thousands of dollars in federal tax through the Alternative Minimum Tax (AMT) mechanism. After prices of the stocks crashed, before they were able to sell them, people still owed the IRS serious money. People ended up bankrupt.

If Chen’s London Trust Media is correct, if governments become successful in creating cashless societies worldwide, this may result in a single globally accepted digital currency where nations may no longer be able to trade with each other through one nation merely printing more money and putting their own currency into circulation to offset their national debt or trade deficit — as in the case of the America’s handling its multi-trillion dollar indebtedness.

A single, decentralized global currency would force nations to sell off their natural resources [instead of just printing money] to purchase cyber currency (purchased perhaps from the 1% elite group that owns 40% of the world’s wealth), to be put into national circulation — a dramatic geo-political game changer. One that makes possible what Deep State theorists fear the most — a New World Order.

One that also would expose the US as a beggar nation and not wealthy at all.

You don’t get a $20 trillion debt by being prosperous.

Crytpo currency could end the gigantic pyramid scheme the US government currently employs.