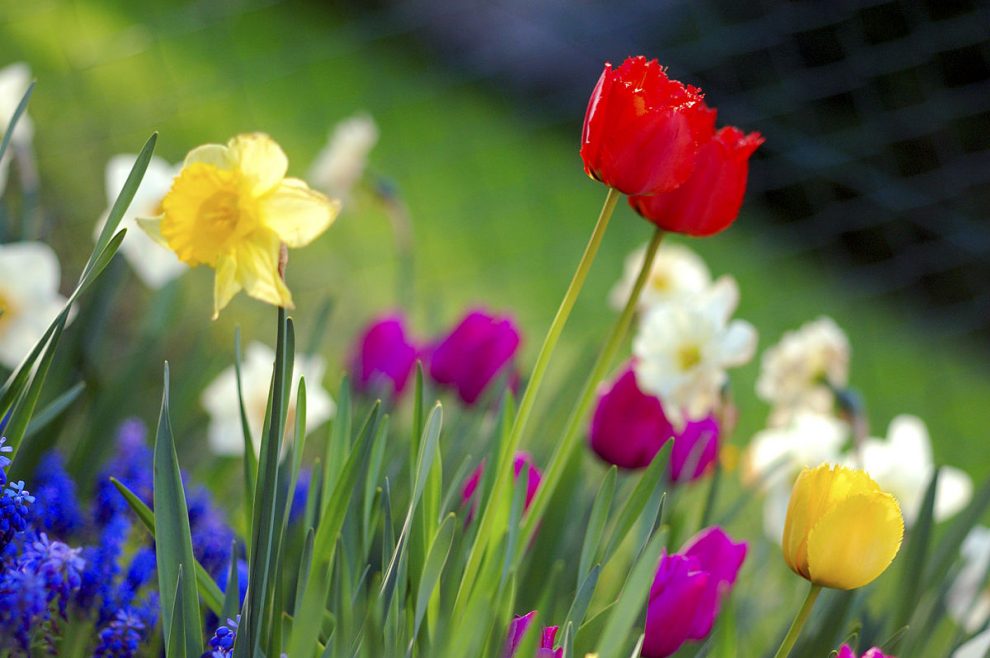 In Grand Island, it’s warming up. I’m no great runner, but I’ve started getting back outside and hitting the trails. I go to Beaver Island State Park, which is beautiful, and I’m looking forward to running safely along West River in Grand Island soon.

I also hit Buckhorn State Park, and come home with muddy sneakers, which my wife complains about me tracking mud into the house.

I feel the cold and dark of winter wearing off. If I may go so far to say, I feel reborn. Everything seems new.

Spring: the cycle of life

In the woods of Grand Island, you can see the buds forming on the brush. You see more fox, deer, and, of course, rabbits. And those rabbits appear to be multiplying every time I get out there, as rabbits are prone to do.

Easter is, after all, this week. Easter is named after the Norse goddess “Eastre.” The Christian missionaries adapted many of the religious customs that predated Christianity, and the people of northern Europe believed Eastre represented fertility — that’s why we have all the eggs and bunnies. Easter represents a kind of rebirth for most Christians in America, too.

After Easter comes the Polish holiday Dyngus Day, which is also linked to a European fertility goddess. Hence, the highly suggestive pussy willow and water splashing. I’ll be in the Buffalo parade this year (which is one of largest anywhere). We have t-shirts made up with the name “McMurray” on a Polish eagle. I understand what a strange mix that is, but not in America. We share culture here.

Vibrancy in every part of the cycle

But spring is not just about birth. Like I said above, it’s about rebirth. I’m proud to know many people in their “golden years” who are my close friends and live with zest and enthusiasm that rivals any young person. I enjoy learning from them, but also spending time with them. Jim Sharpe, Judge Sybil Kennedy, and Paul Leuchner are some of my most trusted friends, and extremely knowledgeable people.

We may not be exactly alike, but that doesn’t matter.

There’s another person whose name I

Grand Island Supervisor Nathan McMurray represents a sea change in the political will of the
leadership of Grand Island. Unlike his predecessors, he wants the tolls removed. “Mr. Cuomo, tear down these tolls!” McMurray said at a rally attended by activist Rus Thompson.won’t mention since she’s shy, but (unlike me) from a political perspective she’s a very conservative woman who belongs to a gun club on Grand Island. She’s wickedly smart, and even won Jeopardy once—no small feat! She’s my go-to person when I have questions and need a sounding board for ideas.

I never think about her age, but someone recently mentioned it to me, and she’s a heck of a lot older than I would have thought (no offense). I felt ashamed that I had prejudged based simply on a number. Because every time I speak with her I feel a little smarter, a little more informed, and yes, a little younger, in the truest sense of the word—open to possibilities, hopeful, and willing to learn and change.

Numbers limit our interactions and expectations

I’m thankful for the cycle of life, and how we’re all connected. I wish we had more opportunities for people of different ages to mingle and learn from each other. Age discrimination (preventing people from fulfilling their potential at any age) is as dangerous as any other form of discrimination, whether it’s mocking a young protester on a stage or patronizing an elderly man in a wheelchair. It’s wrong.

All people deserve to be treated with dignity and respect. And as that soft first kiss of spring touches your face and reminds you of the many possibilities of life, may you remember that spring is as much about rebirth as birth itself.

“Eastman Entertains: At The Movies” Tabletop Displays return to the George Eastman Museum May 8–20
Scientology starts its own Television Network — Scientology TV