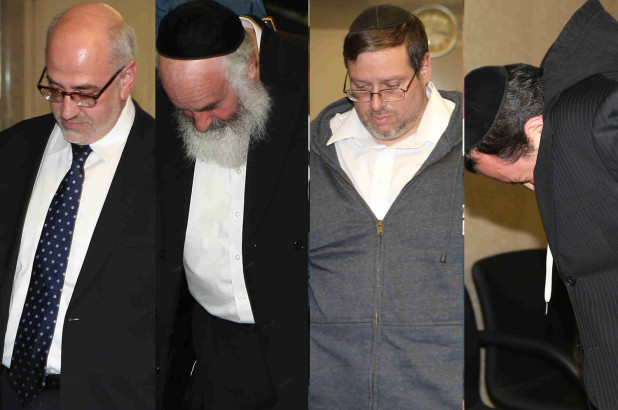 The last of four co-conspirators who stole about $12 million in special education funds have been sentenced.
The executive director of the Island Child Development Center, once one of New York City’s largest providers of special education services to preschoolers with disabilities, has been sentenced to six months in prison and probation after repaying $650,000 in restitution.

Their work resulted in a recovery of $8 million stolen from funds designated to aid children with special needs.

Kurmen and three co-defendants – Rabbi Samuel Hiller, 60, of Far Rockaway, Daniel Laniado, 45, of Brooklyn, and Roy Hoffmann, 54, of Woodmere – were indicted on the alleged thefts in 2014.

All were accused of illegally diverting millions of dollars of the $27 million ICDC received in state funding to their relatives, their for-profit businesses and for personal expenses including jewelry, a family wedding and home renovations.

Kurmen was the last of the four defendants to be sentenced. Laniado, an ICDC investor, pleaded guilty to first-degree identity theft and was ordered to pay $82,000 in restitution and received a conditional discharge. Laniado signed a confession of judgment for an additional $1.3 million.

Rabbi Samuel Hiller – the assistant director of ICDC – pleaded guilty to first-degree grand larceny and was sentenced to 1 to 3 years in prison and ordered to pay $5 million in restitution.

Hoffman, who served as an independent auditor at the center, pleaded guilty to first-degree grand larceny and sentenced to six months in jail and five years’ probation and paid $180,000 in restitution.

In New York City, the Department of Education contracts with private service providers to deliver services including Special Education Itinerant Teachers (SEIT) who provide education services in children’s homes and other venues.

The thefts were discovered after the Office of New York State Comptroller Thomas P. DiNapoli notified ICDC and specifically, Ira Kurmen, that it planned to conduct a routine audit of SEIT funds provided to ICDC.

When state auditors arrived for the meeting, in July 2012, they were informed that Kurmen left his position and had taken his books and records with him. After further investigation, the auditors referred the case to the Queens District Attorney’s Office.