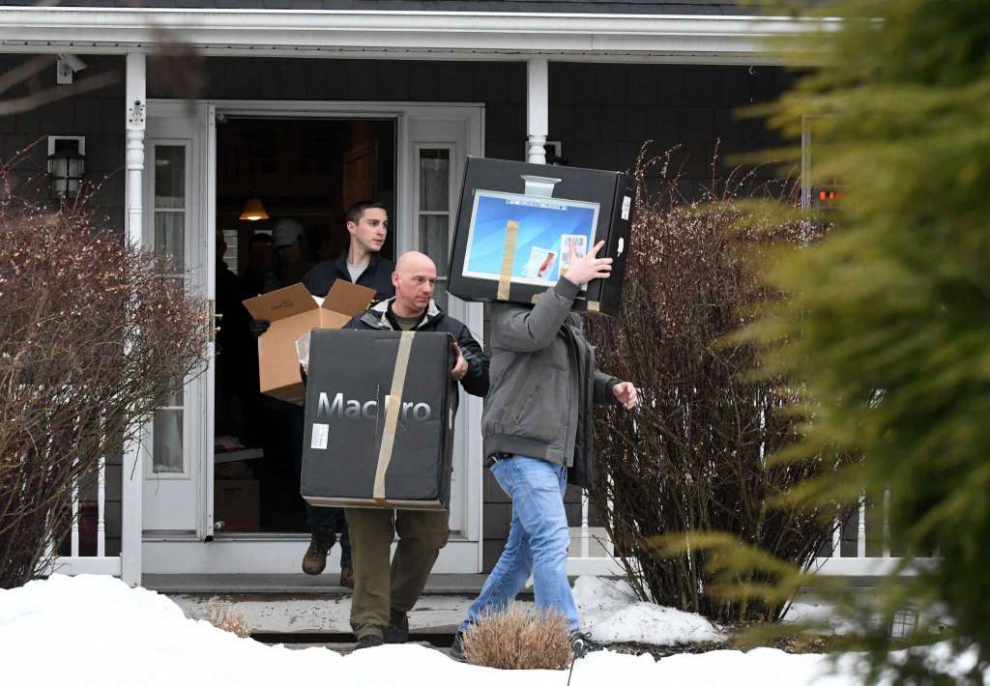 Thanks to Brendan Lyons of the Albany Times Union, we have complete documents for the FBI search warrants on Nancy Salzman’s home at 3 Oregon Trail and Keith Raniere’s “sex lair’ at 8 Hale – both in suburban Albany.

They are interesting in and of themselves – for it is not every day that we see the paperwork behind an FBI raid.

Lyons pushed hard for the documents via FOIL- and in his role as an investigative journalist – which is why the public learned that there was $520,000 in cash lying around in Salzman’s house and there were white pills and a book on torture at Raniere’s sex lair. Raniere is charged with sex trafficking in connection with his master-slave group DOS.

As a note – and it cannot be stressed enough – long before Frank Report – and long before other media really caught on – the local newspaper of Albany – The Times Union – was investigating and reporting on Raniere and his crazy cult. They brought out the crimes and the oddities in scores of stories.  And it created the underlying foundation for what was to follow – Raniere’s arrest.

Since the time the branding story first appeared – broken by this writer – the Times Union has consistently reported other, breaking news about the cult. This is what a local newspaper should do. Without bias, without a vendetta, report the truth.

Here are the docs:

Perhaps the most fascinating aspect of the Hale documents is the fact that Allison Mack is not being referred to as Co-conspirator #1, [CC-1] but as Allison Mack. I suspect that the Feds did not expect that Lyons would FOIL for the docs. What this does confirm for even the most skeptical is that Mack is CC-1.

The photo featured above the story is also courtesy of the Albany Times Union – who had a photographer at the scene, while FBI searched Salzman’s home for evidence of crimes.

Oxygen.com publishes in-depth story on Parlato helping bring down cult, origins
Raniere to be arraigned today; what to expect
Comment