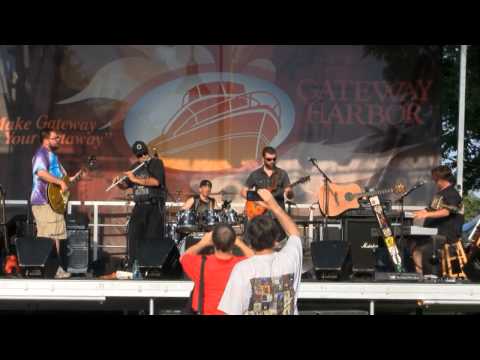 This is the story of two federal judges appointed by President Obama who have taken it upon themselves to declare breaking the law to be legal. They have fabricated out of thin air rights for illegal immigrants. Our Corruption Chronicles blog is on the case.
For the second time in a few years, a federal court has ruled that illegal immigrants can sue American employers that refuse to hire them because they require workers to be U.S. citizens or legal residents (green card holders). The latest blow to the rule of law was delivered by an Obama-appointed federal judge in south Florida, who handed a powerful open-borders group a huge victory in a case accusing a major U.S. company of discriminating against an illegal immigrant.

Though years apart, both lawsuits were filed by the Mexican American Legal Defense and Educational Fund (MALDEF), a leftist group that specializes in discrimination lawsuits on behalf of illegal immigrants and has Chicago ties to Obama. MALDEF pushes for free college tuition for illegal immigrants and lowering educational standards to accommodate new migrants. Its leadership refers to the U.S. government’s immigration enforcement effort as racist and xenophobic and says it’s racist to make English the country’s official national language and inhumane to protect the southern border with a fence. Both MALDEF victories involve plaintiffs who benefit from a special Obama amnesty known as Deferred Action for Childhood Arrivals (DACA) that shields nearly 800,000 illegal aliens under the age of 31 from deportation.
In the recent Florida case a Venezuelan immigrant, David Rodriguez, living in Miami is suing consumer goods corporation Procter & Gamble for refusing to give him a paid internship because he is not a legal resident or citizen of the United States. MALDEF filed the lawsuit last year in U.S. District Court for the Southern District of Florida. Procter & Gamble requires citizenship and immigration status information on its applications and warns that candidates “must be a U.S. citizen or national, refugee, asylee or lawful permanent resident.” Rodriquez is neither and he quickly played the discrimination card after getting nixed as a candidate. In a statement   MALDEFF’s president reminds that, “work-authorized DACA holders are valuable contributors to our economy” and “should not have to face arbitrary and biased exclusions from employment, especially by large and sophisticated corporations like Procter & Gamble.”
Judge Kathleen M. Williams, a former public defender appointed to the federal bench by Obama in 2011, agrees, citing MALDEF’s other lawsuit in her ruling. In denying Procter & Gamble’s motion to dismiss Rodriguez’s lawsuit, Judge Williams claims the Venezuelan immigrant’s claims are “strikingly similar” to those in MALDEF’s 2014 suit against insurance company Northwestern Mutual in New York. In that complaint, a Mexican illegal alien protected by DACA alleged that Northwestern Mutual’s policy requiring him to have a green card because he’s not a U.S. citizen discriminated against him. Requiring the Mexican national, Ruben Juarez, to provide proof of legal residency imposed an additional burden that constitutes alienage discrimination, according to the complaint filed on his behalf by MALDEF. The federal judge hearing that case in New York agreed and, in a federal courtroom more than 1,000 miles south, Williams used the decision to justify hers.
“In Juarez, the plaintiff was a DACA recipient who was denied employment based on Northwestern Mutual’s policy to only hire U.S. citizens and green card holders,” Judge Williams writes in her ruling. “There, on strikingly similar facts, the court found that Northwestern Mutual’s policy impermissibly discriminated against a subclass of Iawfully present aliens.” The ruling continues to say that Procter & Gamble’s policy could be construed to discriminate against a subset of legal aliens, which are protected. It seems to agree with the illegal alien’s assertions that Procter & Gamble has a “facially discriminatory employment policy” for requiring candidates to furnish proof that they’re in the U.S. legally.

The judge in the Northwestern case was Katherine B. Forrest, who was recommended by U.S. Senator Charles Schumer and nominated by President Obama.