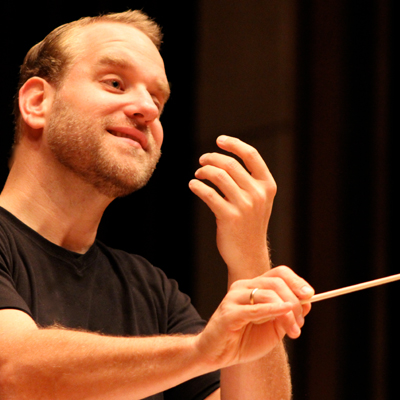 Actress Grace Park, formerly of Hawaii Five-O, was a follower of Keith Raniere for years.  Publicly she has said nothing about whether she knew Raniere was in the sex trafficking business.
There was evidence Park could have relied on to discover whether Raniere and his life-coaching programs of Nxivm led to the abuse of women. Reports of him being a pedophile have been public since 2012.
Grace Park attended classes created by a man now in jail awaiting trial on sex trafficking charges.
Park made videos with Raniere, wherein he discusses his philosophy and she listens with rapt admiration – sometimes seeming to go into a trance from his words or gestures. Park was happy to pay for classes, wear the yellow sash of the cult, learn the secret handshake, take off her shoes and bow before Raniere, sign an NDA to never reveal any of his teachings and even coach other students into the mysteries taught by sex-slaver Raniere.
After the blackmail and branding story broke – about how Raniere and his chief sex-slave – actress Allison Mack – ran a secret group within NXIVM, Park went silent on the subject. Some of her friends – like actresses Sarah Edmondson and Nicki Clyne – were in the master-slave cult. Edmondson quit and became a whistle blower.
Park said nothing, but she asked Raniere to take videos of them off YouTube. She did not leave NXIVM despite massive evidence of sex-slavery. When Raniere and his financier, Seagram heiress Clare Bronfman tried to put Edmondson in jail – as the feds reported in their criminal complaint  – on trumped up charges – evidently to punish her for whistle blowing – Park remained quiet.
She did not muster a word in defense of her friend, Edmondson, who Raniere threatened with imprisonment for nothing more than speaking out against human female branding.
Park called me several times. She was worried about one thing: that her name was on my websites. She wanted her name off so no one would ever know she was involved in NXIVM.
From what I have been told, Park played a tough gal on Hawaii 5-0. She was not so tough when it came to speaking out against the brutality of Keith Raniere, a man she paid as much as $100,000 to learn from.  This was not her fight.  She wanted to remain under the radar.
After I broke the blackmail and branding story – Park, then 43, did not quit NXIVM.  She quit her hit CBS hit TV show Hawaii Five-O instead.  She said she was unhappy with pay and work on the show.  Her career path mirrors actress Allison Mack’s, now head slave of NXIVM, and actress Nicki Clyne, who is Mack’s slave.  All three actresses quit TV shows at the height of their careers.
A year before she announced she was quitting Hawaii Five-0, Park made her public debut as a supporter of Raniere – on March 7, 2016, when NXIVM launched “Keith Raniere Conversations,” a “series of one-on-one interviews between ‘NXIVM founder, Keith Raniere,’ and a number of his students.  According to NXIVM’s website, Raniere ‘tackles some of the hardest ethical and social issues unfolding on the world stage.’
Raniere is now on the world stage himself having been arrested in Mexico, deported to the US and now in prison -denied bail and awaiting trial. He faces a life sentence if convicted.

Before he fled to Mexico and was arrested, Park visited Raniere in Albany, NY numerous times  She enrolled in his ‘Intensives” — high intensity courses which run 16 consecutive days. Students are taught the secret teachings of Raniere which they pledge to keep secret forever.

Prior to Hawaii Five-0 Park, Park appeared on the TV show Battlestar Galactica. DOS slave Clyne also appeared on the show but quit acting to become a full-time student of Raniere.Raniere may indeed be the head of a blackmail and sex trafficking group as is alleged by the DOJ Eastern District of New York. Grace Park may have nothing to do with sex trafficking. She may not be branded. But she says nothing one way or the other.

Keith Raniere made a famous actress – playing tough gal roles – literally hide under the bushes like a little girl afraid of the bogey man.

Here are some online videos where Park appears with Raniere. They have been taken off line, but I have taken the precaution to preserve some of them for posterity:

Ethics of Child Rearing
Intelligence and the Ability of Love
Ethics of Authority
Responsibilities of Actors
Ethical Acting
Life, Death and the Human Soul
**Annealing the Human Spirit
Eliminating the Seeds of Fear
The Power of Celebrity
Keith Raniere on Overcoming Fear
Becoming Fearless
Grace Park did not use her power of celebrity to overcome fear.
For a look at a video featuring Grace Park and Keith Raniere: https://youtu.be/GWWwSEffGbk
Eliminating the Seeds of Fear with Keith Raniere and Grace Parks;  https://youtu.be/wFSC_fokXiE
Editor’s note: “Annealing” refers to the process where metal or glass is heated and then allowed to cool slowly in order to remove internal stresses and toughen it. The question then becomes whether annealing occurs during Raniere branded women with a hot iron on their pubic region.