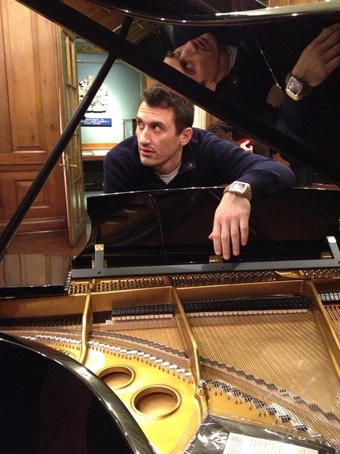 CNN reported Saturday that, at a Starbucks location in Philadelphia, PA, management asked two individuals who were not customers to leave. The two individuals refused, apparently stating they were going to wait for a friend to arrive; these non-customers additionally asked to use Starbucks’ restroom facilities and were refused.

Philadelphia Police Commissioner Richard Ross said that “after being seated, they decided that they needed to use the restroom. Starbucks said that, according to their company policy, they do not allow non-paying members of… the public to come in and use the restroom. And so, they then asked these two males to leave, these two males refused to leave, and the police were called.”

Ross further said that, when officers arrived they politely asked the men to leave three times, informing them they were trespassing. The two men refused and were arrested.

In a video posted on Twitter of the incident, people can be heard in the background, saying, “They didn’t do anything.” The arrest video shows the arrest did not involve resistance or undue force by arresting officers. Starbucks did not press charges.

So far, this seems an uneventful story about two trespassers non-violently arrested and escorted off private, commercial property which they had no legal right to occupy. That is, until an observation was brought by a social justice warrior present on the scene, armed with cellphone camera: the trespassers were African American. In response, leftist social media lit up, retweeting and sharing the mobile video of the arrest. Starbucks issued an apology on Twitter, reading in part “We apologize to the two individuals and our customers for what took place at our Philadelphia store on Thursday.”

At issue is that of alleged disparate treatment based on race. Melissa DePino, who posted the video of the arrest, Tweeted, “The police were called because these men hadn’t ordered anything. They were waiting for a friend to show up, who did as they were taken out in handcuffs for doing nothing. All the other white ppl are wondering why it’s never happened to us when we do the same thing.”

That a garden-variety trespass case is conflated with race discrimination, requires CNN and others to ignore Commissioner Ross’s statement that Starbucks enforces its policy of refusing restroom use equally. Police Commissioner Ross disclosed an incident where one of his sergeants, who was not a Starbucks customer, requested to use the restroom at Starbucks, and was refused.

“So they [Starbucks] are at least consistent in their policy,” he said.

Nevertheless, Starbucks apologized, likely not so much to the trespassers, but to the leftist mob uprising, which happens to comprise their customer base.

Still, it is well-established, even ubiquitous in American law that the owner of private property, or the owner’s representatives or agents, may allow others onto that property via a license. A license is not a tenancy or other possessory interest in property; it can be terminated summarily and within a moment and the customer (licensee) can be kicked off the property just like that. Civil rights laws came into existence to quash unlawful discrimination of minorities at private establishments in the 1960s where blacks were denied access to commerce that whites were permitted to enjoy.

These non-customers, when asked to leave refused, became trespassers, and any license they may have had – in anticipation of their becoming Starbucks customers – was revoked by management.

Anecdotes aside, the question is “what should the Starbucks management have done? Keep Starbucks property open for non-customers?”

That is Starbucks decision, and in the interest of appeasing its base, it may do that. Notwithstanding the attempts on social media and by Philly’s officials at race-baiting, the issue comes close to being accurately summed up by a bystander in the video, when she says of the two trespassers “They didn’t do anything.” Close, but no cigar. Hitting the mark is “They didn’t order anything.”

Starbucks is entitled to allow anyone onto its property that it wishes. Absent some pattern or evidence of discrimination in its restroom and enforcement of the law-of-trespass policy, nothing suggests the complaint and resulting arrests involved race as a factor.

If the trespassers were white males and they refused to leave – even after police asked them, no one would have been concerned. Leftists howling that Starbucks discriminated contributes to the fatigue of the public on this issue, doing a potential disservice to those who actually suffer actual discrimination.

Allison Mack set to give up home, unborn children, destroy parents, nephews to support sex-slaver guru
Hollywood vs. Netflix, or What is considered a movie today?
Comment