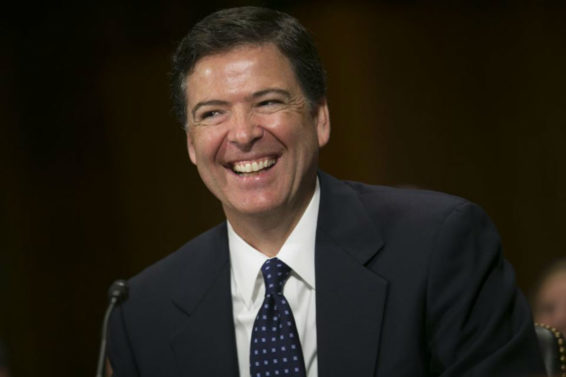 I believe there is overwhelming evidence that I was set-up by an FBI informant who was a Russian national. This happened in May of 2016 when I met the informant for 20 minutes in a South Florida cafe.

It is important to note that this is prior to Hillary Clinton playing the “Russia Card” in June. It does however, meet the time frame for the formulation of the phony dossier by a British operative working with Russian intelligence and the FBI mole Stefan Halper’s mating dance with George Papadopoulos and Carter Page.

I have publicly admitted that I forgot this 20 minute meeting in the intense and busy events of the early stages of a presidential campaign- but since nothing improper or illegal grew out of this encounter I have no reason to dissemble or hide it.

And although the FBI informant of 17 years is of Russian nationality, nothing happened in the 20 minute meeting which I agreed to take at the request of Michael Caputo, a Trump campaign official and longtime colleague. “Henry Greenberg” an alias for a man who was admitted to the country on an informant visa signed by the Miami Bureau of the FBI, citing the “public interest” of having a felon, who spent 10 years in prison for violent crime and is associated with the Russian mob, in the country tried to shake me down for $2 million. I declined.

He had been deported from the country in 2000. His presence in the United States in 2016, without an FBI-wired visa, is unlikely based on public records showing the government had permitted him into the country for these purposes on 9 separate previous occasions. Violent felons with prison records are not permitted into the United States.

While it is noteworthy that I simply forgot this meeting it is also inconsequential- nothing changed hands.

The Washington Post confirmed my claim with “Greenberg” that I flatly rejected his demand for $2 million dollars for “unspecified information” damaging to Hillary Clinton. More importantly, I rejected the suggestion that I get Donald Trump to purchase this unspecified material which I now see as a clear attempt to entrap and compromise the president.

I can see how some people might think that a $2 million dollar demand is memorable, but in fact with Trump claiming he was planning on spending “what it takes” of his own money and due to his reputation as a multi-billionaire it’s not unusual; in the 39 years I’ve known Trump I have seen various business and political types seek his financial support, based on his reputation for wealth.

This is being treated in the media much like Donald Trump Jr. meeting with the Russian lawyer, Natalia Veselnitskaya.

Nothing illegal or improper was done as a result of this meeting. and similar questions about her visa and the fact that she met with Glenn Simpson of Fusion GPS both before and after her Trump Tower parley seems to be missing from the main stream media narrative. This reeks of the same kind of set-up that the FBI informant Henry Greenberg tried on me.

This looks to me as part of the insurance policy that Peter Strzok wrote about in his FBI text messages. I didn’t bite and more importantly the notion was so ludicrous that I never mentioned it to candidate Trump or President Trump or anyone in his campaign.

The hysteria of the Democrats and their handmaidens in the main street media abetted by a healthy fake news presence manifesting itself as New York Magazine, VOX, Slate, Think Progress and their downmarket cousin Raw Garbage (You can figure it out) promote a narrative in which “meeting with a Russian” is considered a high crime.

They choose to ignore the $145 million dollars in cash Bill and Hillary have taken through their foundation from the board members of Rosatom, the Russian state-owned energy company, to the half million dollars Bill Clinton got from the same company for a “speech” in Moscow. They ignore the millions that John and Tony Podesta made in Russia on lucrative banking, gas and Uranium deals. And they ignore what may be the largest single treasonous financial crime in American history – Uranium One. All of this at a time when Rosatom was making a play for contracts worth billions of dollars and control 20% of America’s Uranium.

The Washington Post revealed that the office of the OSC has a text message exchange between Michael Caputo and myself which is entirely exculpatory proving that I considered that meeting a shakedown and believed there was no value and no interest in paying for anything.

My lawyers have provided this recollection to the House Intelligence committee and we have agreed to turn over any documents pertaining to it to the Senate Intelligence Committee where I am certain I will be questioned about it. I only hope that the committee will have the wisdom to conduct this as an open public hearing.

The real question isn’t why I didn’t remember this meeting that proceeded Russophobia, it’s why James Comey’s FBI tried to entrap me and compromise Donald Trump.

Click here to post a comment
Lawsuit alleges Raniere’s prison is so bad – it’s not fit for man nor Vanguard
Can Seagram’s Heiress Clare Bronfman buy her way out of indictment? – don’t bet on it!