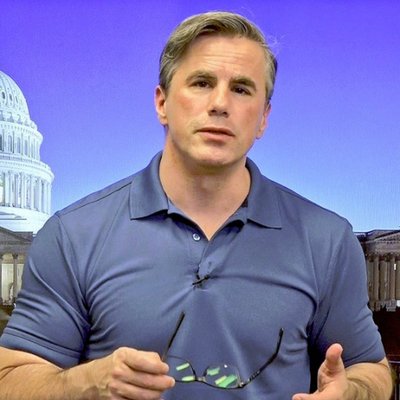 Attorney James Baker had what DC considers a long and distinguished career at the Justice Department – his last position was general counsel of the FBI – until he got himself involved in the anti-Trump machinations of disgraced former Director James Comey and his co-conspirators.

As the FBI’s top lawyer, Baker helped secure the notorious Foreign Intelligence Surveillance Act (FISA) warrant for Carter Page, as well as three renewals. He knew FISA: He was once called “Mr. FISA himself.”

Now he’s out of the DOJ and under criminal investigation.

And we have questions, too. We have filed a lawsuit against the Department of Justice for all records of his communication with anti-Trump dossier author Christopher Steele from January 2016 to January 2018.

Any and all records of communication, including but not limited to emails, text messages and instant chats, sent between Baker and any of the following individuals: former British intelligence officer Steele, principal of Orbis Business Intelligence, Ltd.; Glenn Simpson of Fusion GPS; former GPS contractor Nellie Ohr; and/or David Corn, a reporter with Mother Jones magazine.

The FBI claimed it had no responsive records, but Baker was deeply involved with the FBI’s investigation of the Trump campaign and is currently the subject of a criminal investigation for leaking to the media.

The FBI’s “no records” response is belied by Baker’s closed-door congressional testimony in October 2018, in which he reportedly testified that David Corn, a reporter at the far Left Mother Jones magazine, had provided him with a copy of the anti-Trump dossier the day after President Trump’s 2016 election victory. Baker also reportedly testified that he believed at the time that Corn received the dossier from Simpson, the co-founder of Fusion GPS.

In August 2018, we filed a related lawsuit seeking records about the Ohrs’ involvement in the anti-Trump dossier and the FBI’s meetings with the Democratic National Committee’s law firm Perkins Coie. In November we filed a lawsuit about Baker’s communication with the Clinton’s law firm itself.

In August 2018, we released FBI records showing that Steele was cut off as a “Confidential Human Source” after he disclosed his relationship to the FBI to a third party. The documents show at least 11 FBI payments to Steele in 2016.

Baker also advised top FBI officials during the Hillary Clinton email scandal. He left his role as general counsel in January 2018 and resigned from the FBI in May 2018.

The real collusion scandal of the 2016 election is the effort by the Clinton campaign and the Obama DOJ/FBI to spy on and destroy President Donald Trump. And it looks like the FBI is covering up documents on this Russiagate scandal, which is why we are again in federal court.

A Little Known Reason the TSA Is So Ineffective
HEY BOOKER…ANSWER THIS…IF YOU DARE!