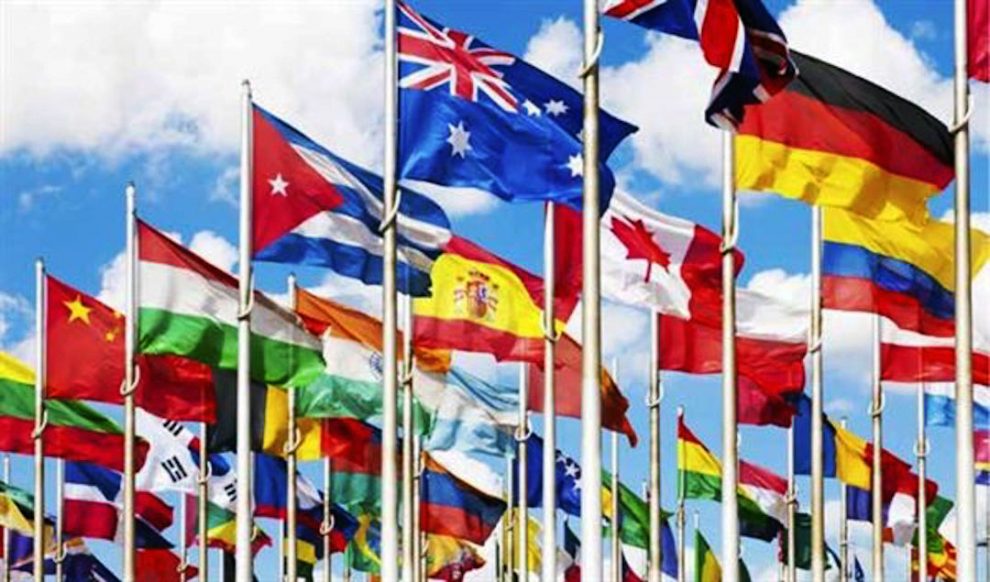 We continue to have an outdated faith in the nation-state, with all the divisiveness, competition, and helplessness that nation-states produce when dealing with planetary problems.

As we have seen in recent weeks, the coronavirus, like other diseases, does not respect national boundaries, but spreads easily around the world.  And how is it being confronted?  Despite the heroic efforts of doctors, nurses, and other medical personnel, the governments of individual nations have largely gone their own way?some denying the pandemic’s existence, others taking fragmentary and sometimes contradictory steps, and still others doing a reasonably good job of stemming the contagion.  The UN’s World Health Organization (WHO) should be at the center of a global campaign to contain the disease.  But its early warnings were ignored by many national officials, including those of the U.S. government, who rejected the WHO’s coronavirus testing kits.  Moreover, the WHO has limited funding?more than three-quarters of which now comes from voluntary contributions rather than from the dwindling assessments paid by individual nations.  Undermined by parochial national concerns, the WHO has been less effective in safeguarding the health of the world’s people than it could have been.

Similarly, the unfolding climate disaster presents a stark contrast between a worldwide problem and the behavior of national governments.  The world’s leading climate scientists have concluded that urgent changes are needed by 2030 to rescue the planet from irreversible climate catastrophe, including extreme heat, drought, floods, and escalating poverty.  And yet, despite an upsurge of social movements to save the planet, national governments have been unable to agree on remedial action, such as sharps curbs on fossil fuel production.  Indeed, two of the biggest oil producers?the Russian and Saudi Arabian governments?are currently opening the spigots in an oil production war.  For its part, the U.S. government has turned sharply against the solar power industry and is heavily subsidizing the fossil fuel industry.  This national irresponsibility occurs despite the urgent pleas of UN leaders.  “The point of no return is no longer over the horizon,” UN Secretary-General Antonio Guterres told reporters in late 2019.  “It is in sight and hurtling toward us.”

Warfare, of course, constitutes yet another problem of global dimensions.  Over the centuries, war has shattered countless lives and brought human civilization to the brink of annihilation.  It is estimated that, during the 20th century alone, war (including two world wars) caused 187 million deaths, plus far greater numbers of injuries, widespread devastation, and economic ruin.  Furthermore, nuclear war, unleashed in 1945 as the culmination of World War II, today has the potential to wipe out virtually all life on earth.  And how are individual nations preparing to avert this global catastrophe?  By getting ready to fight wars with one another!  In 2018 (the last year for which figures are available), world military expenditures rose to a record $1.8 trillion, with the governments of the United States and China leading the way.  Ignoring the 2017 UN Treaty on the Prohibition of Nuclear Weapons, the nine nuclear-armed nations, at enormous cost, are currently busy ramping up their nuclear production facilities and producing a new generation of nuclear weapons.  In response to the looming nuclear menace and climate catastrophe, the editors of the Bulletin of the Atomic Scientists recently reset the hands of their famous “Doomsday Clock” at an unprecedented 100 seconds to midnight.

Nor are these the only global threats that the nation-state system has failed to adequately address.  Among other things, the world is undergoing a refugee crisis of vast proportions, suffering from the predatory policies of multinational corporations, and experiencing widespread poverty and violations of human rights.  Do we really think that the current crop of flamboyant, flag-waving nationalist leaders, busy promising to make their countries “great” again, are going to solve these or other global problems?

Of course, for centuries there have been great ethical, intellectual, and political leaders who have sought to move beyond nationalism by emphasizing the common humanity of all people.  “The world is my country,” declared the adopted American revolutionary Tom Paine, and “all mankind are my brethren.”  Albert Einstein dismissed nationalism as “an infantile disease,” while British novelist H.G. Wells, like Einstein, became a staunch advocate of world government.  The idea of limiting national sovereignty in the interest of global security helped spark the creation of the League of Nations and, later, the United Nations.

But, unfortunately, the rulers of numerous countries, though often paying lip service to international law and international security, have never accepted significant limitations on their own government’s ability to do what it liked in world affairs.  Thus, major military powers hamstrung the League and the United Nations by refusing to join these world organizations, withdrawing from them, vetoing or ignoring official resolutions, and refusing to pay their annual dues or other assessments.  A particularly flagrant example of contempt for global governance occurred in mid-March 2020, when the U.S. secretary of state, Mike Pompeo, ridiculed the International Criminal Court and threatened its staff (and even their family members) for daring to investigate U.S. war crimes in Afghanistan.

Thus, although robust and capable global governance is now more necessary than ever, a primitive, shortsighted nationalism continues to frustrate efforts to come to grips with massive global problems.

Even so, an extraordinary danger presents humanity with an extraordinary opportunity.  The coronavirus disaster, like the other current catastrophes ravaging the planet, might finally convince people around the globe that transcending nationalism is central to survival.

Click here to post a comment
Georgia GOP governor orders several beaches to reopen days after acknowledging he’s woefully uneducated on coronavirus spread
Do you know what services are considered essential? Here is the Complete List