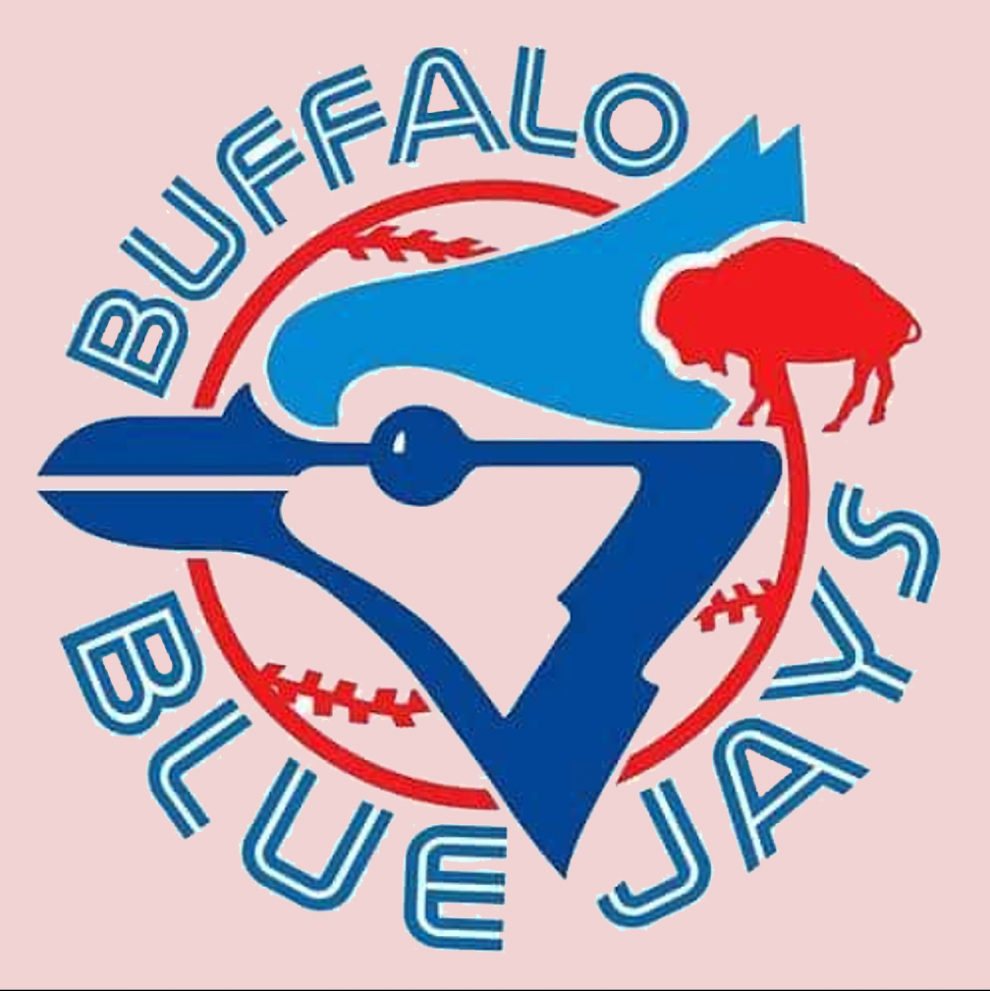 It’s been an emotional ride this entire month for the management of the Buffalo Bisons.

First, the devastating news, made on June 30, that the entire minor league baseball season had to be cancelled due to the COVID-19 epidemic. “Today, crying is allowed”, the team tweeted out in the aftermath of that sad announcement.

And then, enter the Toronto Blue Jays.

The parent club of the Buffalo Bisons found itself in particularly extenuating circumstances as Major League Baseball ramped up plans to restart a truncated season.

Being the only MLB franchise on Canadian soil, Canada’s government raised all sorts of red flags, what with the pandemic largely contained up in their country while numbers in the USA are still alarmingly high, and climbing. Ultimately, the right to stage games at Toronto’s Rogers Centre was nixed, leaving the Blue Jays scrambling to find a temporary home.

“It’s been a roller coaster ever day,” reports Mike Buczkowski, who now heads Rich Baseball Operations as President and has been witb the team for the entirety of its time in the downtown ballpark now knows as Sahlen Field. Buczkowski and his management team have had to wade through a constantly shifting landscape, which continues to this moment, with games now being postponed over the news that a number of Miami Marlins players and team personnel have tested positive for the coronavirus. “One of the things that has made this process tolerable is the constant communication from the Blue Jays, including (team president) Mark Shapiro and (team general manager) Ross Atkins. I have met and made friends and dealt with more people from the Blue Jays than I can even count.”, said Buczkowski.

With the evaluation of Sahlen Field by the Blue Jays, immediate deficiencies were brought to light. First, and no pun intended, were the field lights, not good enough for MLB telecasts. The lack of major league quality clubhouses, batting cages and training facilities not done to major league standards. Buczkowski immediately set clear, “there is not a single AAA facility in baseball that is designed and built to major league standards.”

There was more. MLB protocols for player safety and social distancing requires space. Lots of space. And as July dragged on, the Blue Jays came. They toured, they measured, they evaluated, and they moved on. To Pittsburgh, where they would share the home of the Pittsburgh Pirates. Until health officials from the State of Pennsylvania rejected that plan. Then it was back to Buffalo. Or Baltimore. There were even rumors that AAA venues in Charlotte or Nashville were under consideration.

With time running out, the big announcement was unveiled last week. Buffalo would indeed be the home of the Toronto Blue Jays. “We always wanted to be a part of this,” said Buczkowski.

Buffalo has had a dance with Major League Baseball, but that history goes way back. The Bisons were a member of the National League from 1879 to 1885, never doing better than ten games under .500. In 1901, Buffalo, then the eighth largest city in the country, was a lock to join the American League as an expansion team. Until that promise ended up with that team locating in Boston as the Boston Red Sox. Then for two seasons, 1914 and 1915, Buffalo was represented in the old Federal League, playing in a stadium at the International Fairgrounds off of Northland Drive on the east side. (Hence the name Inter Park Drive off of Humboldt, which will take you right across where the pitchers mound once stood). The last major league baseball game in Buffalo which counted was played on September 8, 1915 at Federal Field.

With the news that baseball is returning, the first “home game” for the Blue Jays is set for Tuesday, August 11 at Sahlen Field, the first of 25 games that are planned to be staged here in Buffalo. And that means that the Blue Jays, and the Bisons, have scant time to get the facility up and running for the big day.

“There is a crew working with Major League Baseball that this sort of thing is their specialty,” said Buczkowski. “They have gotten other remote facilities ready, whether it be Puerto Rico, the Field of Dreams, or London. They will be in charge of building the temporary lighting, and placing the infrastructure needed to make these games happen. And happen safely. I can’t stress enough that safety is the first consideration for all of this.”

Much of that infrastructure will be temporary in nature and costs will run into the millions, according to Blue Jays president Mark Shapiro. It has been reported that the Blue Jays will take over the entire service level of the ballpark, which means both clubhouses and the batting cages and weight rooms, with temporary facilities to be constructed on the main concourse level and perhaps the outfield for the visiting teams. Just like the MLB expansion committee tsked tsked our ballpark back in 1990 when they toured then Pilot Field as a possible candidate for an expansion team in the National League, the Blue Jays evaluators also lamented the lack of actual bullpens at Sahlen Field. Relief pitchers and the bullpen pitching mound are located in foul territory down the baselines, a throwback to baseball in Ye Olde Days but not practical in today’s day and age.

Buczkowski stated that the operations of the games will be run by a mix of Blue Jays and Bisons staffers that has yet to be determined. There will be broadcast personnel, game day operations, official scorer, people running the scoreboard and other fan elements and lighting. Just no fans.

“Any thoughts of having fans in the stadium, even if pandemic conditions were to improve, will be an impossibility, and that will be the case even if MLB protocols change to allow such an occurrence,” said Buczkowski. “With the expected build out of team and player facilities on the main level concourse, there is no way we could actually accommodate patrons in the park.”

Buczkowski acknowledged that there will most likely be fans and curiosity seekers coming downtown just to be a part of things and see the sights and hear the sounds. “We have to be ready for people just driving by and craning their necks to get a glimpse of things. Minor league ballparks aren’t secure fortresses like major league ballparks. We will have a plan in place to keep the property and perimeter of the ballpark secure and safe. We can’t have crowds of people gathering and not be socially distanced.

Both Buczkowski and Brad Bisbing, Bisons Assistant General Manager have tried to remain calm and collected during this entire process, which Buczkowski described as “surreal”. “Last Friday when Mayor Byron Brown spoke at our press conference, my mind thought of those early days, when so many, many people were involved with the dream of bringing Major League Baseball to Buffalo. My mind thought of (team owners) Bob and Mindy Rich, who worked so tirelessly towards that dream. And here we are, under the most bizarre of circumstances. If you wrote a script for the way this has played out, nobody would have believed it.” “This has all been so unexpected,  I’m just trying to keep myself calm and not get too high or too low about anything that has happened these past few months,” added Bisbing.

For Buffalo, this will be a priceless opportunity to showcase the city, the ballpark, and passionate sports fans to the baseball world in a positive light. Even though fans will not be allowed to attend games, successfully hosting the parent Blue Jays should help cement what is already a great relationships between the two organizations.

So we had to ask… Major League Baseball has veered from their traditional thirty ballparks to stage regular season games in neutral sites. Yes some glamorous locations such as London, Tokyo and Mexico City, but these past two years the league has hosted games in San Juan, Puerto Rico and Omaha, Nebraska. In small and intimate minor league parks.

When this horrible chapter in our lives abates, the pandemic passes and life returns to a semblance of normal, would the Bisons entertain the possibility of hosting a set of regular season Blue Jays games right here in Buffalo? We’ve all been to a somber Tuesday night game at Rogers Centre in Toronto, with 9000 in the stands and the hum of the electricity louder than the fans in attendance. Shifting a couple of those games to Buffalo would surely create a sensation and guaranteed packed houses.

Buczkowski’s reply? “That is certainly a great idea and something worth exploring.”

So fast forward to 2023 and the “MLB Buffalo Series” featuring the Toronto Blue Jays. When Mike Buczkowski and Mark Shapiro sit down and collaborate to make this a reality, your friends here at Artvoice will be there to take a bow for the germination of a truly great idea.

Editors note: With the Miami Marlins and possibly other teams postponing games due to players testing positive for Coronavirus, the planned continuation of the Major League Baseball season and the playing of games here in Buffalo could be a fast changing story. Stay tuned for further developments.