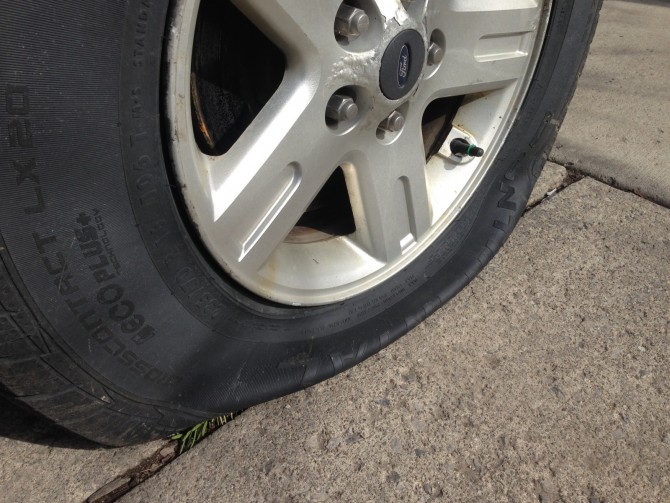 Many residents of Allentown woke up Sunday morning to find tires on their cars slashed.  Cars parked Saturday night in the Allentown area, on numerous side streets between North and Edward, had at least one tire slashed each.  Cars on the street were mainly targeted, but cars parked in driveways were also targeted.  The Buffalo Police Department has been recording the license plates of affected vehicles, and talking to homeowners hoping to find video footage of the perpetrators.