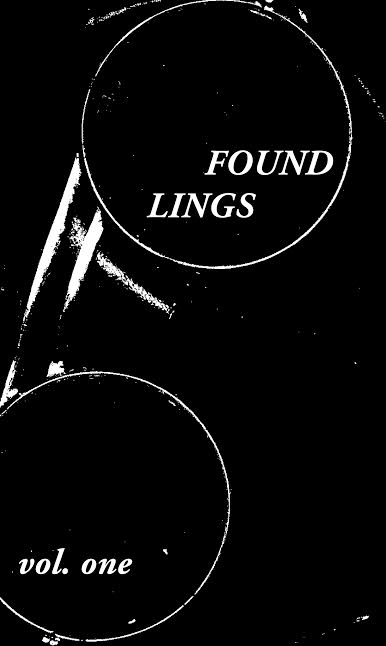 Poetry reading to celebrate launch will be held at Hertel Ave. Pub

On May 1st at 7pm Sterling Tap and Wurst, at 1487 Hertel Ave. will play host to Buffalo’s newest poetry magazine, Foundlings. The inaugural volume of Foundlings will be on sale at Talking Leaves and other locations by the end of April, and the launch party will feature readings from poets featured in the zine, including Just Buffalo 2015 Member’s Contest Winner Justin Karcher, and Academy of American Poets University and College Poetry Prize winner Max Crinnin.

Crinnin is a co-editor of the zine along with S. James Coffed and Aidan Ryan.

Many of the poems selected for the first edition are about environs familiar to local readers – Buffalo pubs, Fredonia haunts, grain silos. Other poems include imagery from Croton Harmon to Krakow; the language starts in English and shoulders its way through German, Polish, and even a bit of Mandarin.

The editors stumbled on their name and credo from Canon 1115 of the Roman Catholic Church’s Code of Canon Law,  a chapter dealing with marriage which closes with the  observation that “Foundlings are presumed to be legitimate until the contrary is proved.”

In this zine there are “found” poems, “perversions, intimacies of sketches long forgotten, rediscovered snapshots, accidental juxtapositions of words and text – text turned into image and image turned into text – such that word and image become, at certain points, indistinguishable,” says Aiden.

“Foundlings basically sums up the aesthetic of the zine,” said Ryan, “but it also captures our hopes for the future: we’re on the hunt for poetry that might have come from Yeats’ or Pound’s seed, but spent its formative years snuggling up to wolf teats. In other words, send us your submissions.”

Interested parties can send submissions, or purchase requests to foundlingszine@gmail.com.

Free Will Astrology 4.7.16
Against the Many Targets