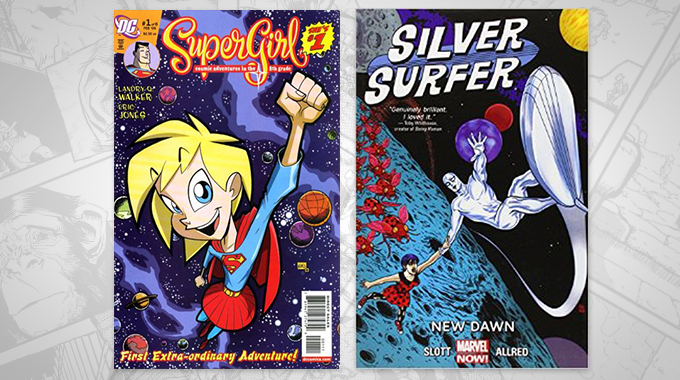 What happens when you review a graphic novel that you last read when you were ten? You hope to God that you don’t weep over your undeveloped brain’s idea of a good story. Cosmic Adventures, as the hilarious editor’s notes call it, follows twelve-year-old Kara Zor-El after her rocket comes to Earth and crashes through Lex Luthor’s giant mech. Seriously...that’s how this thing starts. 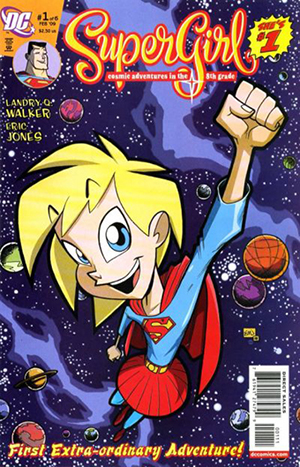 What happens when you review a graphic novel that you last read when you were ten? You hope to God that you don’t weep over your undeveloped brain’s idea of a good story. Cosmic Adventures, as the hilarious editor’s notes call it, follows twelve-year-old Kara Zor-El after her rocket comes to Earth and crashes through Lex Luthor’s giant mech. Seriously…that’s how this thing starts. As the confused Kara learns that she can’t return home, her cousin Superman comes up with the perfect solution to her problem: enroll as a transfer student, complete with a set of glasses. “Linda Lee,” as she calls herself, is just as socially inept as you can expect from any eighth grader, leading to incidents that made me cringe as memories came flooding back from my own eighth-grade experiences. She has a tendency to daydream, even when in “superhero mode,” and is constantly trying to prove her potential to her cousin. As Linda, Kara has to deal with evil little creatures (also known as her classmates), a rude principal…and an evil clone of herself named Belinda. And that’s where the story gets weird. When I was ten, I found the story compelling despite not understanding half of what was happening (time travel and alternate realities play a key role). Back then, I didn’t understand references to other DC titles. Now, I find the story even more compelling and hilarious, complemented by Eric Jones’ cartoonish drawing style, which emphasizes bright colors.  Honestly? I’d give this graphic novel a 10/10; it’s fantastic. Fans of TV’s “Supergirl,” which migrates from CBS to the CW for its second season, will find the book’s feel familiar. 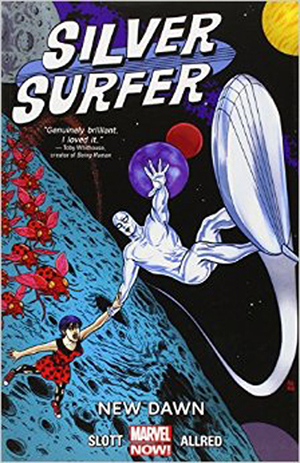 For years, the silver centurion once known as Norrin Radd has been trying to atone for his sins as the herald of the world devourer Galactus.  On Earth, a young woman named Dawn Greenwood tends to her family’s New England bed-and-breakfast, perfectly content with her life.  The fate of an “Impossible Place,” the intergalactic refuge known as the Impericon, will bring these two together, and begin a journey that will charm, thrill, and delight readers.  Dan Slott’s “old-school” style of writing, reminiscent of the likes of Stan Lee and Roy Thomas, is the perfect fit for the Silver Surfer.  Blending a “Doctor Who”-esque sense of whimsy and adventure with the world of Marvel’s cosmic characters, which include the likes of the Guardians of the Galaxy, this book delivers high adventure in spades while also having deep, well-rounded characters that are incredibly relatable.  Joining Slott is Mike Allred, known for his pop-art comic series Madman, and bringing along those same sensibilities.  His style, while wholly unique and modern, is also an echo of a classic style of comic book art from the 60s and 70s, and it fits the retro-modern feel of this book.  One cannot speak of Allred’s art without mentioning his personal colorist and wife Laura Allred, who manages to create a palette that is vivid and rich, beautiful and complex, but never cumbersome or overdone.  The symbiosis of the art team is one of the most renowned in comics, and not without good reason.  If you are a fan of classic comics and charming characters, Silver Surfer is a wave well worth the ride. 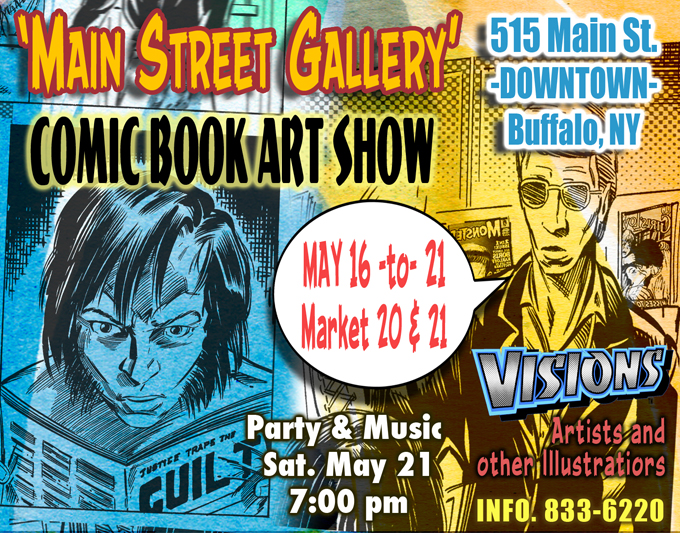