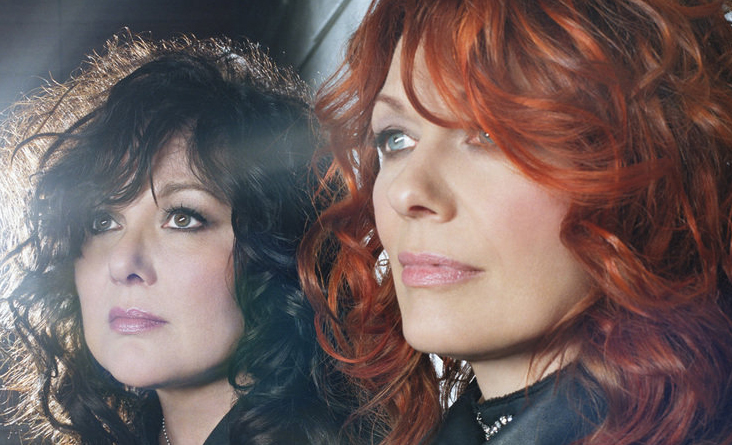 Some things just fall in the category of “no brainers” and looking at the upcoming week’s concert schedule, Heart, Cheap Trick and Joan Jett next Wednesday at Darien Lake fits the bill nicely.

Actually, if it was just Heart or just Cheap Trick or just Joan Jett, it would be the rock event of the week on the Niagara Frontier. The triple threat of these three Rock and Roll Hall of Fame inducted acts makes the show a must see.

The Seattle based Wilson sisters, Ann and Nancy, have been selling out auditoriums and making hit records since the mid-1970s. Their first Top 10 album, Dreamboat Annie came out in 1976 and their most recent, Red Velvet Car in 2010, making Heart one of the most commercially successful and long lived hard rock bands in history.

As with any rock and roll band that stays active for 40 years, there have been ups and downs, breakups and reformations, but the Wilsons just keep cranking out the hits. Songs like “Barracuda,” “Crazy On You,” “Magic Man” and “What About Love?” remain classic rock radio standards.

One secret to the band’s success has been the willingness of the Wilson sisters to experiment musically, which has led to them being variously categorized as hard rock, heavy metal, easy listening, folk and adult contemporary at various points in their career. Other than Ann’s powerful voice and Nancy’s pyrotechnic lead guitar, different songs from different periods would seem to have little in common.

Ditto for Cheap Trick, who managed to emerge in 1977 as punk rock battled disco for supremacy by being neither.

They were and remain a classic Midwestern rock band, incredible record sales and meteoric rise to the top notwithstanding.

The Chicago based quartet, featuring Rick Nielsen on lead guitar, Robin Zander on rhythm guitar and vocals, Bun E. Carlos on drums and Tom Petersson on bass was just wacky enough to get noticed, but tunes like “I Want You to Want Me,” “Surrender,” “Dream Police” and “The Flame” ensured their longevity.

Carlos no longer tours with the band and, next week, Daxx Nielsen – Rick Nielsen’s son – will be handling the drumming duties.

Carlos’ exit was less than amicable. In 2013, he filed a lawsuit against his former bandmates, claiming that even though they claim that he is still a band member, he is not being allowed to participate in band-related activities, including recording a new album. The remaining three members of Cheap Trick filed a countersuit, seeking an official affirmation of their removal of Carlos. The lawsuits have since been settled.

Since her debut with the Runaways in 1976, Joan Jett has been a major force in rock music, with a long string of hits and even a motion picture biopic of her early years. She is ubiquitous, and with her band the Blackhearts, simply kills live.