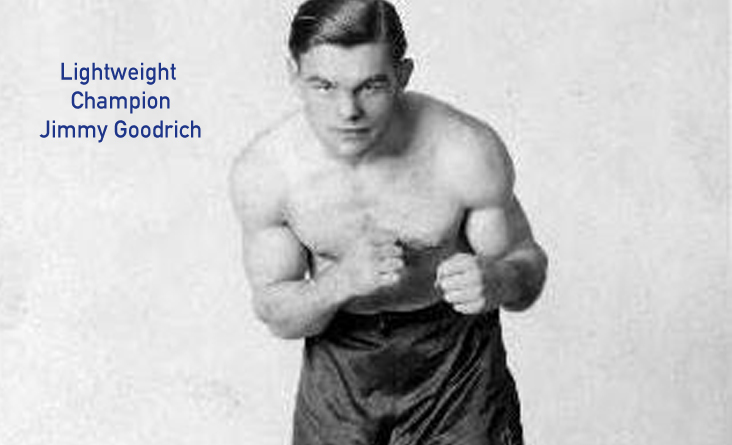 One of Buffalo’s hidden treasures is the Karpele’s Manuscript Museum, part of a nationwide group that claims ownership of the largest private collection of important manuscripts and documents. Housed in two magnificent former churches, admission is always free, and the architecture alone is worth a visit.

This weekend, the museum’s North Hall, at Elmwood and North, is hosting an excellent exhibit dedicated to the proud history of boxing in Buffalo, and if you think that begins and ends with “Baby” Joe Mesi you might want to check it out.

The North Hall, formerly the First Church of Christ, Science, is a spectacular example of Greek Revival architecture, designed by Chicago architect S. S. Beman in 1911 and completed in 1913. Beman’s design elicits the fascination with neoclassicism popularized by the Chicago Exposition of 1893. Six monumental pillars support the entrance portico to the building. Inside, the 1.200 seat auditorium is crowned with a forty panel skylight.

The natural light mostly precludes the need for artificial lighting, and allows the exhibit to be seen to the best advantage.

The collection itself is on loan from the Ring 44 Buffalo Veteran Boxers Association Hall of Fame, a gung ho organization dedicated to preserving the city’s pugilistic past. Much of the memorabilia centers on the careers of the six world champions who hailed from Buffalo, featherweight Tommy Paul, light heavyweights Jimmy Slattery and George Nichols, and lightweights Frank Erne, Jimmy Goodrich and Rocky Kansas.

Interestingly, Goodrich – who was never knocked out in his 118-52 career – lost his title to Kansas (real name Rocco Tozzo) in 1926 after having won it the year prior. Kansas would lose the title in 1927 to Sammy Mandell. The Goodrich-Kansas fight took place at the old Broadway Auditorium, now a city garage on Broadway near Michigan.

The fascinating exhibit offers a seldom seen view of Buffalo’s past that appeals to boxing fans and local history buffs alike.

The Tanster: ‘Ben Szemkus missing and feared dead’ – Clinton suspected
Blasdell’s Penn Dixie Invites Public to View ‘The Classical Planets of Antiquity’ Five planets will be visible in one night!