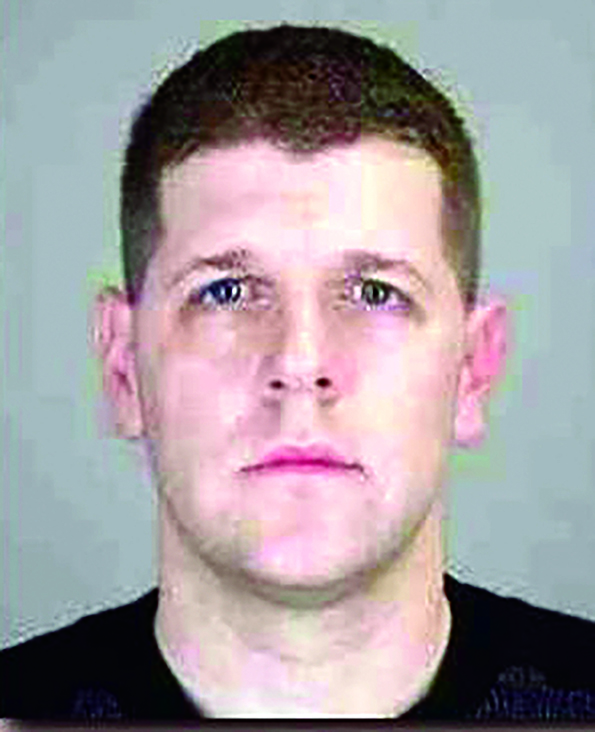 It didn’t turn out the way he planned it.

David Dole, 34, of Buffalo recently applied for a Sheriff’s Deputy position within the Jail Management Division and, according to Erie County Sheriff Timothy B. Howard, during the routine background process, deputies from the Professional Standards Division discovered Dole was wanted by the Hamburg Police Department on a bench warrant arising from a charge of child endangerment.
Dole was arrested and turned over to Hamburg police.

The charges arose from an incident last January, just after Dole started working as a substitute bus driver with the Frontier School District in Hamburg.

While driving the morning bus, Dole told middle school students on their way to school about a YouTube video featuring a popular cartoon movie character.

While still on the bus, students started accessing the video via cell phone and before they arrived at the school a whole busload of teens and preteens found that the popular cartoon character on the video that their new bus driver had recommended was depicted performing sexually explicit acts.
While some of the children were undoubtedly amused by the raunchy humor, and some were probably indifferent having had internet access for years and having seen much more explicit videos than cartoon sex, other children were made uncomfortable and told their parents.
Word spread quickly and within hours school officials confronted Dole, who admitted he told students about the video.
But, Dole claimed, he hadn’t watched the video himself and did not know of its obscene contents. He only passed along what he heard from other students on another bus who were talking about it.
In short he argued he was not a pervert but was only trying to ingratiate himself with his new little friends.
Dole was fired immediately and the school district reported the incident to Town of Hamburg Police.
Dole’s attorney, Frank Housh, told WIVB News 4 shortly after the incident, “My client did all of this unknowingly and unintentionally. That doesn’t excuse his behavior, but this is a world where kids have access to inappropriate videos available on their phones at any given time.”
Soon afterwards, Dole was charged with child endangerment, a misdemeanor, and evidently he missed a court appearance. A bench warrant was issued and was still outstanding when Dole unluckily applied for the position of jail guard.
“Due to this arrest and other undisclosed arrests, the individual has been disqualified from any employment opportunities with the Erie County Sheriff’s Office,” the Erie County Sheriff department said in a statement.
Police declined to name the cartoon character who was featured, rather indiscreetly and evidently quite out in the character in the video.