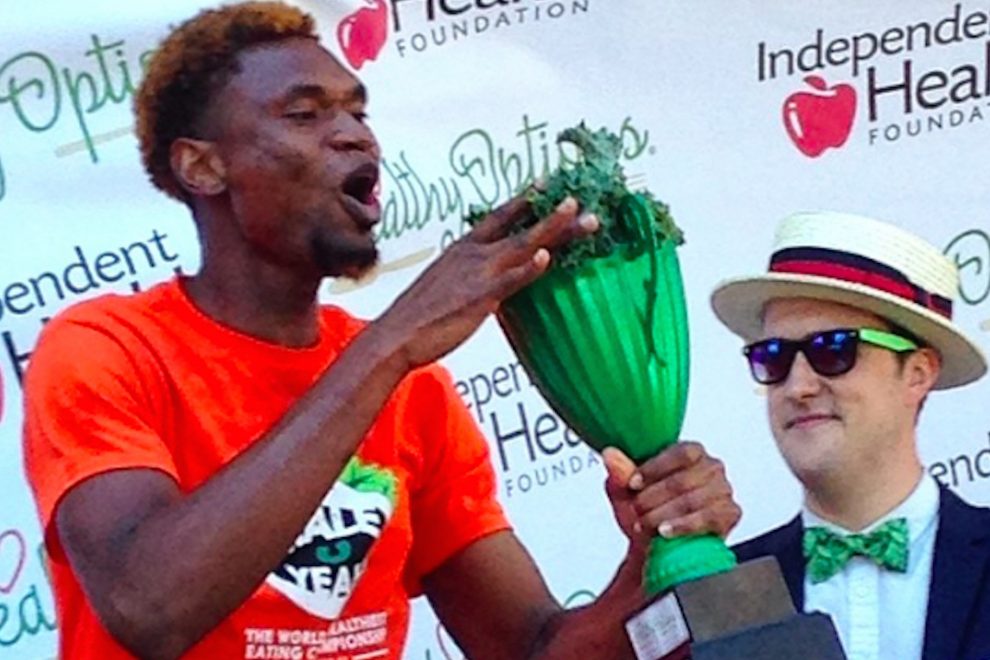 The Passing Parade
? Christopher Wade, 55, was arrested in Nashville, Tennessee, in July after police tracked him to his home, where he was found already in bed with a female mannequin shortly after stealing it from the Hollywood Hustler store. The mannequin was wearing a brown wig, a pink spandex dress and rhinestone stilettos.
? As part of the Taste of Buffalo (New York) food festival in July, competitors from the Major League Eating organization were offered a shot at the Kale Cup, with a $2,000 prize for the most kale eaten in eight minutes. The very healthy Gideon “The Truth” Oji won, downing 25.5 bowls. [The Tennessean, 7-6-2016] [WIVB-TV (Buffalo), 7-9-2016]