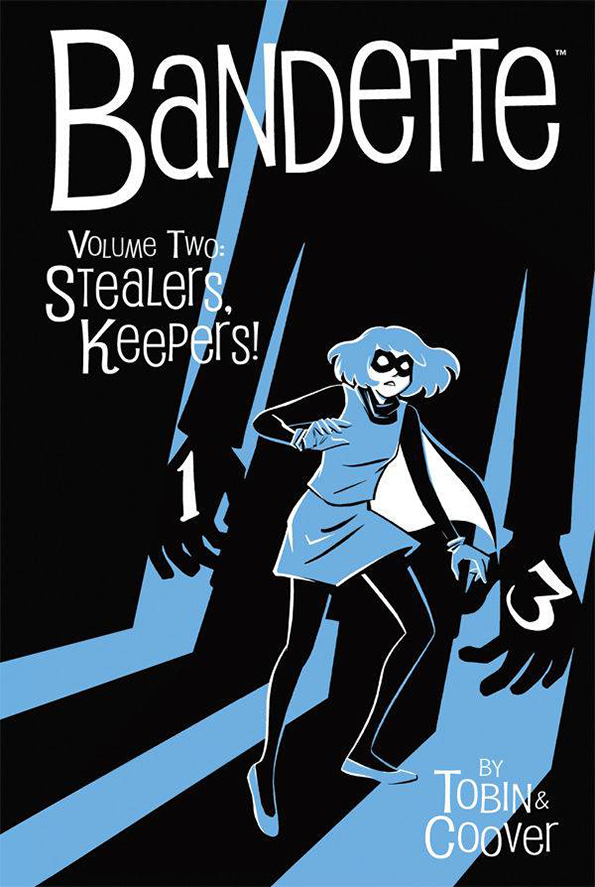 Bandette is less John Le Carre and more Amelie, as the irresistible titular character is a peerless master thief with a delightful chouquette-esque personality. The story takes place in a beautifully conceived modern France, but still uses its artwork to conjure the hazy, nostalgic paintings sold by street artists in Montmartre. It’s a splendid little trick that has you sighing romantically over the street scenes. An engaging sprite in a stylish red mini dress, wig and flats, Bandette is a lovely antidote to less-costumed heroines. She is also an endearing French Robin Hood, intent on relieving Finis, an international crime organization, of its treasures. Even though she is up against Il Tredici, a fearsome, silent man who can strangle crocodiles; Absinthe, the head Finis; and fellow master thief Monsieur, she has friends as well. They are delightful characters that aid in her research, including an underground urchin network and plenty of animal friends.  It was Bandette’s sweetness with animals that melted my heart; at one point, she speaks to a pigeon, saying, “Would you like to train as a master thief? There are probably breadcrumbs you could steal!” The pigeon, as enchanted as the reader, can’t help but come closer.