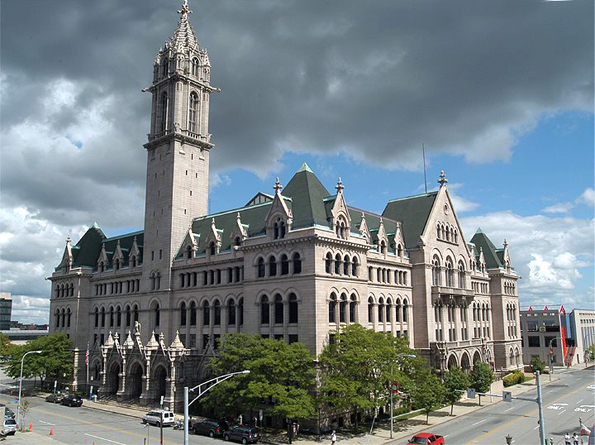 Erie Community College (ECC) will have a new president by next June, Board Chairman Dennis Murphy said this week in an interview with Artvoice.

Murphy, who took over as new board chairman in the spring, replacing Steve Boyd, says he is now in the process of getting all the information together that the search committee will need to conduct the hunt for a new president at the college, which has been bleeding red ink for the last several years as enrollment has steadily declined and tuition has been increased to close budget gaps.

“We need to wade through all the regulations that govern the search process,” said Murphy, a reference to various rules the committee must observe, including from SUNY and other government entities, as it seeks to replace Jack Quinn who announced last week that he would be leaving in June after serving as president since 2008.

Murphy said he is still working on putting the search committee together, which he said will include representatives from all concerned parties including faculty and students.

Asked if another politician like outgoing President Quinn could eventually take over, Murphy said that there will be no restrictions on who applies, although he added, “We anticipate the job description will be reviewed and enhanced, requiring a substantial educational background.”

Quinn, a former congressman with strong political connections, was selected eight years ago even though he lacked a PhD in higher education.

Many insiders at ECC have criticized Quinn’s leadership and his focus, some calling him a part-time president because of his many outside gigs, including serving as a highly-paid member on the board of California-based Kaiser Aluminum. Quinn is paid $192,500 to serve as ECC president.

When Quinn was hired in 2008, full-time equivalent enrollment at ECC was 12,170. The 2016-17 projected enrollment in the budget is 10,520, although the final number won’t be known for several days and many fear the real number may be well short of the projection, causing a serious budget problem on top of an already critical financial situation.

Andy Sako, the president of the Faculty Federation, is hopeful that a new president will bring positive change to ECC.

“We need someone who is collaborative with all constituents,” said Sako, saying he is hopeful that the new president will usher in a “new climate of cooperation.

“Quinn’s leadership came in for sharp criticism in a scathing state audit report released in January stating, among other things, that he had hired senior staff and awarded bonuses without board approval.

That critical state audit resulted in the ECC board having to develop a 22-point corrective action plan for the state comptroller which Murphy said will be completed in January, as required.The new chairman said the board is being updated regularly on the corrective plan and as of now, everything is going well.

The state and Erie County can also share in the blame for ECC’s current financial crisis, as both governments are falling far short of the aid formula for community colleges across the state with the county going several years with no increase.

While the county played a major role in settling labor contracts last year, county leaders are certainly aware that ECC, a valuable training ground for the local workforce, will likely need additional county aid to stay above water, no matter who takes over for Quinn next year.

And the state should also live up to the aid formula if the second largest college in Western New York is to make a comeback. Getting more money from the state and county will certainly be among the many challenges facing the new president.