Knox Farm State Park, a 633-acre state park adjacent to the Village of East Aurora with 400 acres of grasslands and 100 acres of woodlands, ponds, and several wetland areas, may be facing a development challenge from the state that is not going over too well with many nature lovers in the area.

The challenge comes in the form of a state RFP (Request for Proposal) to allow a private enterprise to establish a distillery/brewery in 84 acres of the legendary horse stables in the park. But the state is facing opposition from the group Concerned Citizens which centers on the lack of publication of the RFP locally and the very short five-week window of opportunity to respond, suggesting it was designed for only one possible contractor, McKenzie’s Hard Cider, represented by Julie Ciolek of Aurora. 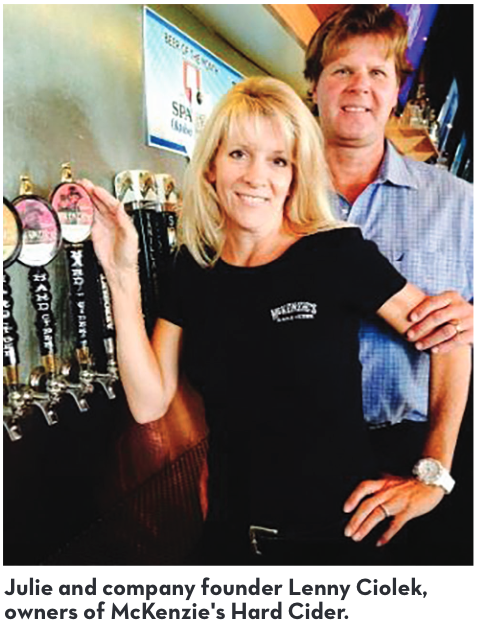 State Parks officials say the only proposal they received by the July 21 deadline–five weeks after it was put out—was from Ciolek, although her husband, Lenny, has publicly stated her Knox Farm proposal is completely separate from McKenzie’s which he called the largest regional cider producer in the area.

We contacted state parks his week, and received the following email response: “State Parks is interested in revitalizing the historic barns and encouraging equestrian or farm-based activities at Knox Farm State Park. We have issued a formal RFP to solicit potential partnerships, and received one proposal. We are currently reviewing next steps. No decisions have been made. No park structures or land will be sold. 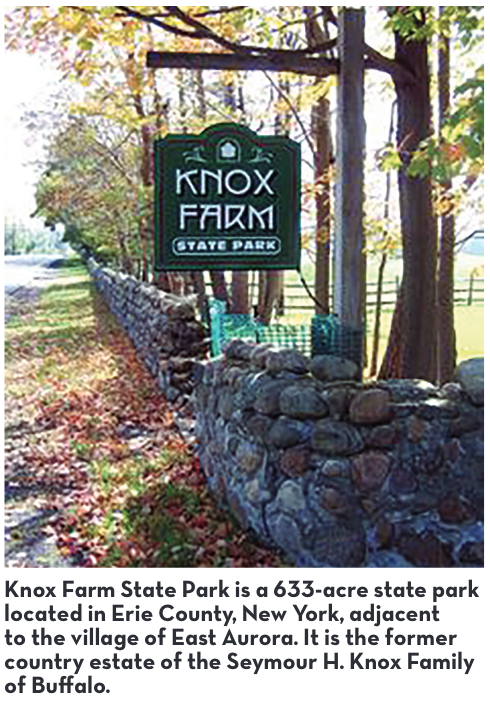 “State Assemblyman David DiPietro (R,C – East Aurora), says the state has been very tight-lipped about its RFP for the lush former country home of the Knox family, and he has been able to find out very little of what the state is planning.

“The state won’t release anything,” said Assemblyman DiPietro this week. DiPietro says that as a state lawmaker and a former mayor of the Village of East Aurora, he wants a lot more information about what’s being planned.

“I am concerned that it doesn’t fit the vision we have [for the park] and it [brewery] won’t keep with the character of the community. If they go through with this, there will be a massive demonstration as 80 acres [of the park] will be ruined.”

“There just hasn’t been enough time,” says Mason Winfield of East Aurora who said he supported Lenny Ciolek of McKenzie’s Cider in his smaller and less intrusive cider mill last fall, and “I took a bit of flak for it.

“While conceding he is short on what’s going on with the brewery RFP, Winfield said that is part of the problem. “Nobody has had enough time. That said, I think this proposal for Knox Farm State Park is the wrong thing for the park.”

Winfield listed several of his concerns in an email:

-Basic industrialization of a pastoral space with talk of major construction and destruction and the digging of a “holding pond” for massive water needs.

-Traffic. There could be very big semis using roads and spaces not made for them.

-Water use. Most of the homes in the area are on wells, either their own or those of the former Knox Estate. The massive water use of an operation like this that may be coming in would have untold effects on the water table.

-The appearance of an inside job. There have been good candidates in the past to manage the stables, and they gave up due to the obstacles they faced. This RFP, according to all sources, has been a super-quick job, rushed through without giving other candidates a fair shot. That alone–the mere appearance of collusion–ought to be enough to get us all to say, slow down.

Lenny Ciolek has told the Buffalo New his wife pledged to invest $539,000 in capital projects at the park over three years in return for a 10-year renewable lease and that the goal is to bring the park back to where it used to be, not build a big brewery.

We attempted to contact Julie Ciolek of McKenzie’s Cider for this story, but she did not return messages left on her cell phone or at business locations.

The group Concerned Citizens has already mounted a petition drive opposing the state plan, raising concerns about the ‘fad’ craft of breweries/distilleries that have been taking place, saying “this could result in the failure of the business, ultimate abandonment of the buildings and property, and a potential eyesore in our community and increased taxes.”

As of now, the future is uncertain with State Parks saying no decisions have been made as yet. We’ll keep you posted.