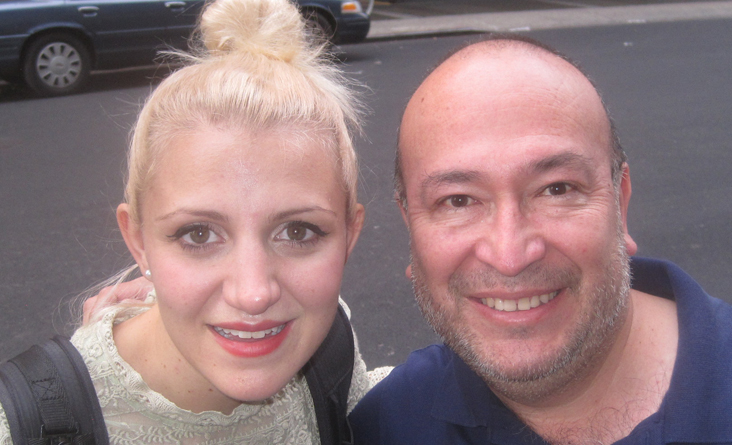 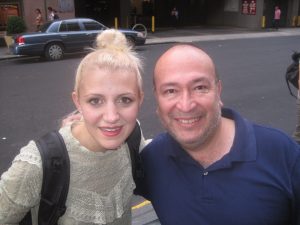 The fabulous Annaleigh Ashford (pictured left) is certainly very busy these days. First, she appeared as Columbia in The Rocky Horror Picture Show: Let’s Do the Time Warp Again, a Fox TV remake of the 1975 cult classic on October 20th. Next, October 24th-26th, she starred opposite Jake Gyllenhaal in the Encores! production of Sondheim’s Sunday in the Park With George. A 2016 Tony winner for her performance in You Can’t Take It With You, Ashford was most recently on Broadway in A. R. Gurney’s Sylvia.

Red Thread Theatre is now presenting the one woman play The Unfortunates, directed by Josephine Hogan, and starring Kelly Meg Brennan as Mary Jane Kelly, the last victim of Jack the Ripper. Aoise Stratford, the play’s author, will be in attendance at a special performance on Wednesday, November 9th at 8 p.m., followed by a post-show discussion. November 9th also happens to be the anniversary of the murder of Mary Jane Kelly. All performances are at the Jim Bush Studios located at 44 17th St. Street parking is available on 17th and Richmond Avenue. The Unfortunates was selected as Best of New York International Fringe in 2013.

Yet another adaptation of a classic is on its way.  Road Less Traveled Productions will present David Oliver’s adaptation of Mary Shelley’s Frankenstein, January 20th – February 12th.  The production is set to star Steve Copps, Jonas Barranca, John Profeta, Gerry Maher, Candice Kogut, Marisa Caruso, Adam Yellen, and Joel Fesmire. In the meantime, the Jazz Series continues in the theater’s Lobby Bar on Wednesday, November 9th with Cindy Miller and Friends. The series is presented in collaboration with JazzBuffalo. Show is at 7 p.m.

UB Department of Theatre & Dance continues its season with Shakespeare’s A Midsummer Night’s Dream. Directed by Stephen Wisker, the production will run November 16th – 20th at UB’ Center for the Arts Drama Theatre.

Along similar lines, The Brazen-Faced Varlets and Buffalo United Artists will join forces to present Shawn P. Northrip’s A Midsummer Dyke’s Dream, a re-telling of the Shakespeare comedy. Directed by and starring Lara D. Haberberger, the show runs November 18th – December 10th at Alleyway’s Main Street Cabaret, and will also star Heather Fangsrud, Jennifer Gembka, and Stefanie Warnick. This production marks the tenth anniversary of the Brazen-Faced Varlets. Northrip wrote the Varlets’ inaugural show, Ramona and Juliet which opened November 18th 2006 in the same space, also in collaboration with BUA.

Raíces Theatre Company will hold its annual fundraiser De Fiesta con Raíces-A Variety Show! on Saturday December 3rd at 7 p.m. at Pucho’s Social Club on 261 Swan St. The show will feature members of the company and will reminisce about classic TV variety shows such as Sabado Gigante and El show de las 12. There will be appetizers, cash bar, basket raffles and DJ music. Tickets are $25 in advance and $30 at the door. For tickets, call 716-381-9333.

Save the dates! November 18th & 19th, Fried & Fried in Buffalo. Mindy Fried, daughter of the late Manny Fried will be in town to present her book Caring for Red: A Daughter’s Memoir. Other events will also include readings from Anna Kay’s France’s play The Un-American and from The Mark of Cain by Gary Earl Ross, forums and panel discussions. Details to follow.

St. John’s Grace New Concert Series kicks off on Friday November 4th at 7:30 with soprano Johanna Moffitt and James Welch at the piano. The program will feature arias by Puccini, African-American spirituals, hermit songs by Samuel Barber, and new songs by Elliot Lupp. St. John’s Grace is located at 51 Colonial Circle. Free-will offering at the door.