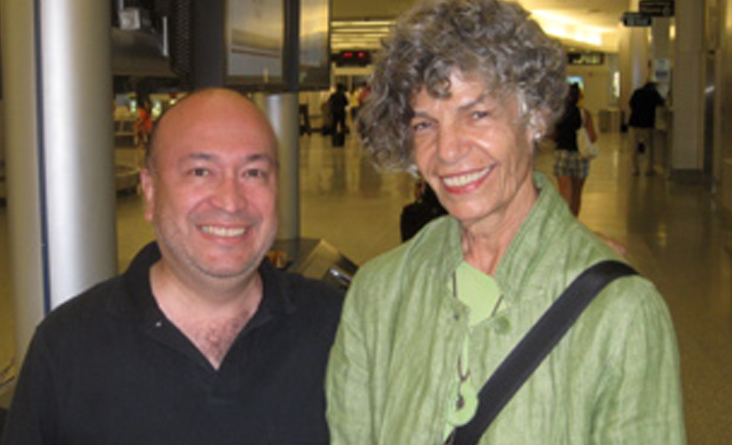 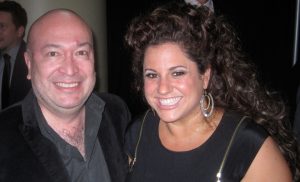 The fabulous Marissa Jaret Winokur (pictured above) who originated the role of Tracy Turnblad in the musical Hairspray back in 2003 will be making a cameo appearance in the upcoming Hairspray Live!, which will air December 7th on NBC, channel 2. Newcomer Maddie Baillio will be playing Tracy. Winokur won a Tony Award and a Theatre World Award for her performance. Hairspray Live! stars Harvey Fierstein, recreating his Tony-winning Broadway role as Edna Turnblad, with Buffalo’s Paul Vogt (who also played Edna on Broadway), as Mr. Spritzer. The cast also includes Broadway veterans Kristin Chenoweth, Andrea Martin, Sean Hayes, Rosie O’Donnell, Martin Short, and Jennifer Hudson. Ricki Lake, who first brought Tracy’s character to life in the 1988 John Waters film, will also make a cameo appearance in the live TV broadcast.

It WAS a Wonderful Life returns to the chapel at Forest Lawn, Saturdays and Sundays from November 26th through December 31st. Directed by and starring Loraine O’Donnell, this theatrical piece presents some of the cemetery’s most illustrious permanent residents reminiscing about Christmases past, when “they enjoyed life on this side of the lawn.” The production stars John Fredo, Doug Crane, Jen Stafford, Mary Craig, Tim Finnegan, Dudney Joseph, Annette Christian, and Arianne Davidow, with Griffin Kramer at the piano. For tickets go to forest-lawn.com, or call 716-332-2233.

Save the date! On Friday, February 24th The Irish Classical Theatre Company will hold its annual fundraiser The Wake (a party to die for!). Tickets include wine, beer, food, and continuous live entertainment. This time the event will be held at the Atrium at Rich’s, 1 Robert Rich Way. For tickets, call 853-ICTC.

Charles Dickens will be very popular this holiday season in the Theatre District. The Alleyway Theatre’s traditional production of A Christmas Carol opens on December 8th. Adapted and directed by Neal Radice, now in its 34th year, the production stars Noah Doktor as Tiny Tim. The Paul Robeson Theatre is taking its production of the musical Christmas is Comin Uptown, actually further downtown to Shea’s 710 Main Theatre, December 8th – 18th. Based on A Christmas Carol, this musical adaptation is set in Harlem and is being directed and choreographed by Reginald Kelly. Road Less Traveled is presenting the world premiere of The Chimes, John Hurley’s adaptation the second of Dickens’ five holiday tales, this New Year’s Eve “goblin story” was published just a year after his better known A Christmas Carol. The Chimes opens on December 2nd.

The 2012 Tony award winner for Best Musical, Once, returns to Shea’s for one performance only on Saturday, December 10th. Based on the 2007 film of the same name, music and lyrics are by Glen Hansard and Markéta Irglová, who also wrote the film’s score including the Academy Award-winning “Falling Slowly”.

Each Thanksgiving since 1971, NPR’s broadcast journalist Susan Stamberg (pictured below) has been providing her listeners with her mother-in-law’s recipe for a cranberry relish sauce whose key ingredient is horseradish. Known as Mama Stamberg’s Cranberry Relish Recipe, you know the relish is ready when it turns Pepto-Bismol-pink. It’s delicious. Happy Thanksgiving!