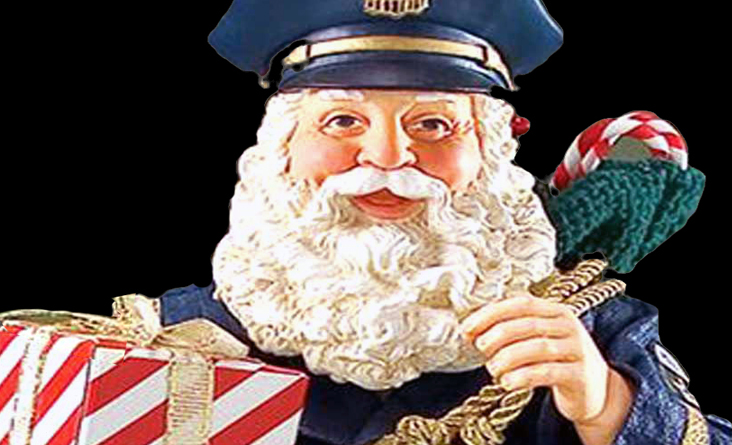 It was a very impressives turnout on Tuesday night at DiPaolo’s Restaurant in Blasdell for the annual holiday get-together for the Judges and Police Conference of Erie County.

“This is a wonderful show of support for this organization which has been doing great work since it was established in 1932,” said A. J. Verel, the martial arts Hall of Fame member who was elected president of the conference last March and has been re-elected for a second term.

The conference annually awards scholarships in the criminal justice field and has begun to work with disadvantaged and at-risk youth in the county as part of its mission.  Tuesday’s theme was Toys for Tots and the event was sponsored by Towne Mazda, Fisher Price, Collins& Collins Attorneys, LLC, and Northwestern Mutual Financial Services.

“All donations are tax deductible as we are a 501 (c) 3,” said Verel who works in private life as human services and safety director at Tonawanda Coke.

Guests at Tuesday’s holiday gathering were treated to live entertainment provided by Mark Panfil who was recently inducted into the Buffalo Music Hall of Fame.  Panfil plays several instruments including piano and slide guitar and put on a terrific show for the audience who also enjoyed the fine food always available at DiPaolo’s Italian restaurant which, under owner Dennis DiPaolo, does quite a bit of scholarship work of its own.

And he noted the commitment to the community and the future of the area is demonstrated by the annual scholarships awarded as each year as students who meet the criteria are awarded scholarships as they move forward in their education and assist in solidfying a future in the criminal justice field.

Scholarship funds are raised through the annual golf tournament and throughout the year by the generosity of many in the community who are interested in promoting good relations between citizens and the criminal justice system including judges and members of law enforcement.

Among the many notables in attendance on Tuesday night were Harold “Budd” Schroeder, a columnist and former president and board member of the Judges and Police Conference;  Family Court Judge Lisa Bloch Rowdwin; and Surrogate Court Administrator Acea Mosey who has announced her candidacy for Surrogate Judge next year.

The Marine Corps Reservists in attendance wanted to remind everyone that their Toys for Tots efforts will wrap up this weekend at the McKinley Mall and they encouraged folks to stop by and make a donation so that some needy tot can have a present for Christmas.