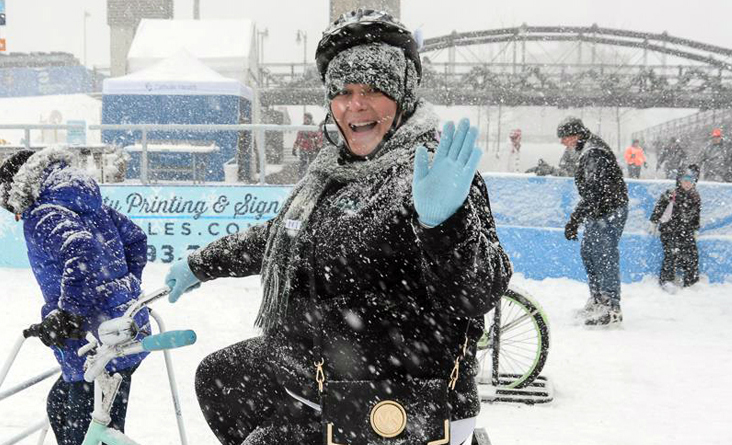 We love to create and grow events in Buffalo: Allentown Art Festival; Elmwood Festival of the Arts; Canalside Concerts; Taste of Buffalo; BrewFest; SoupFest; WinterFest; Dyngus Day Parade, etc. Some grow to attract tens and even hundreds of thousands of visitors.

Spectra Venue Management, the company that manages and programs Canalside, created Chillibration last year to take advantage of our waterfront location, the ice-skating rink and the renewed interest in waterfront activities.

“Buffalo winters get a bad rap nationwide because it’s so cold here at times,” said Canalside marketing manager Sara Serafin, “but Buffalonians have learned to embrace winter and this event is designed to actually celebrate it.”

This is the second year of Chillibration and according to Serafin about 20,000 people showed up for the 2016 inaugural event.  Last year there was the attempt at gaining a the Guinness record for largest ice-skate line. This year is really focused on family. There are amusement rides, a petting zoo, Native American snow snake games, crafts, etc.

The Science Museum will be on hand for dinosaur themed children’s crafts and an exhibition of dinosaurs on skates.

On Saturday the growing sport of curling gets the limelight with a Bonspiel Tournament from 10am to 4pm with high schools in teams of 4 competing against each other every hour.

Also on Saturday, from 12 p.m. – 3 p.m. visit the BlueCross BlueShield of Western New York Cruiser to get gloves & a voucher for a FREE hot chocolate. (while supplies last)

– On Monday, for Martin Luther King Jr. Day, Skate Great, Inc. & BlueCross BlueShield of Western New York will be doing on ice kids activities from 1 p.m. – 3 p.m.; WUFO MIX will be broadcasting live and have special programing in the Canalside Winter Lodge presented by Airbnb and a musical performance from Buffalo’s own Empress & The Royals from 5 p.m. – 7 p.m.

Chillibration is just one more addition to what has become Buffalo’s number one spot to hang out. It’s hard to believe that the same small footprint that Canalside now occupies was once home to 108 saloons, 19 vaudeville theater-saloons and no less than 75 brothels. A Christian organization printed a map in 1893 with dots on each house of shame. Times have changed and so apparently has our idea of what having fun means. 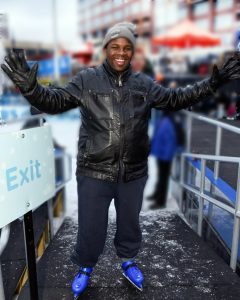