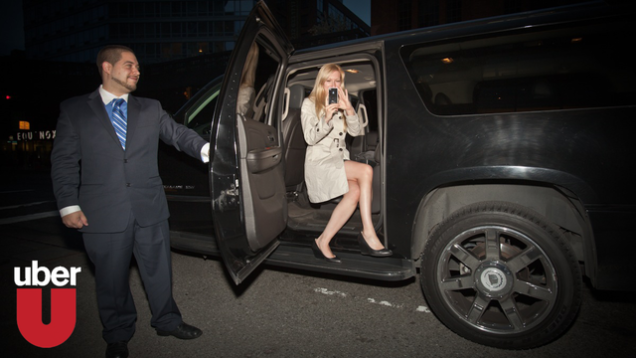 I have advocated a free market approach to transportation since 1989.  In an article, published in Business First, I proposed allowing drivers of smaller vehicles to compete with buses and provide a better product including door-to-door service.  After the digital age came along, companies like Uber began to supply just such services but Buffalo and Upstate remain the last areas in the country that make Uber driving an imaginary crime.  I mean, it’s an actual crime punishable by law, but one which, lacking a victim, logically exists only in the minds of progressive legislators and their gendarmes.

After a massive and expensive lobbying campaign, a bill finally passed the State Senate the other day.  Before I knew this was the “good bill”, far better than whatever the hardcore commies in the Assembly would spew out, I had read the bill and was horrified.  Clearly, even the State Senate is dominated by progressive “thinking.”  First of all, the bill is thirty pages long and only a lawyer could truly understand it.  Yet, violations of the law are crimes for which you can be jailed!  Note that progressives are always complaining about police misconduct but continually pass laws that give cops ever more power to use deadly physical force against citizens whose behavior has harmed no one, e.g., offering a ride to a willing customer.

Insofar as it changes existing law, the bill increases the power of the state and reduces liberty in many ways.  It requires that drivers obtain a state business license, requires that they maintain an agent for service of process in the state, requires that drivers provide various useless information, requires that drivers be 19 years old, and notify passengers of a non-discrimination policy.  The bill also imposes a new tax on riders, and establishes a new state bureaucracy whose job it will be to enact inscrutable and burdensome regulations to make sure that Uber services are as expensive and cumbersome as possible.  Part of the revenue from the new tax will go to subsidize obsolete, pre-digital forms of transportation.  I suggest the horse and buggy industry apply for a grant.

These are just some of the many burdensome regulations this bill imposes on Uber drivers while mandating even further regulations be promulgated.  Expect the tax to rise through the years and the pile of regulations to increase as well.  This follows the “logic” of the progressive mindset which has no theory of costs and no limiting principle on making life better through government force and coercion.

With respect to the ban on drivers under 19, progressives like to make it illegal for young people to work so that those who want to work are encouraged to work in various and sordid illegal industries such as drugs and prostitution.  Regarding backgrounds checks, I would note that a similar background check is not required to become a state legislator even through these miscreants have a much greater tendency to inflict harm on their fellow human beings than do Uber drivers. While the law requires that passengers not discriminate against passengers, the bill itself discriminates against Upstate by exempting our colonial headquarters, New York City, from this onerous law. Keep in mind this is the “good” bill.  The eventual product will likely be far worse when the uber-progressives in the Assembly chime in.

Many libertarians viewed the digital age as a way of freeing up the statist progressive system of control over every significant transaction in a citizen’s life.  Uber did indeed provide a brief moment of actual liberty that riders loved and that gave drivers stuck in the progressive’s moribund economy a flexible and convenient source of needed income.  Alas, the State, that “cold, cold monster” has caught up with liberty, and, using that same information technology, has begin the long, slow process of strangling to death this accidental outbreak of human freedom.