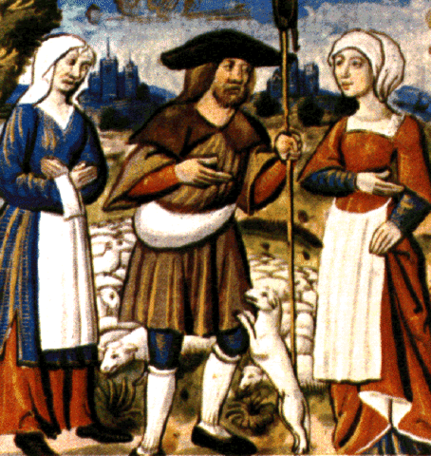 The Utah House of Representatives will debate a bill [House Bill 99] which proposes a change in the state’s legal definition of bigamy.

Bigamy is a felony in Utah, with penalties of up to five years in prison for each offense.

Bigamy is more broadly defined in Utah than most states which limit bigamy to cases where a person contracts with more than one person in state licensed marriage.

That part of the definition will not change under the proposed bill.

To curtail the religious freedom of traditional Mormons, who believe polygamy is part of God’s plan, some years ago Utah expanded its definition to add cohabitation as bigamy.

Cohabitation is defined when two people [or more] who have sexual relations also live together but not in a state licensed marriage. Cohabitation, by itself is not illegal in Utah, unless one of the parties is under a contract of marriage.

In Utah, it is bigamy.

The use of the word “purports” adds another element of criminality which abridges First Amendment rights. It is a crime to purport to marry another person, if one has a legal marriage.

This is meant to criminalize Mormons who claim they are in polygamous relationships where marriage – as in the case of the Mormons – is used in a spiritual sense to describe relationships of one husband and more than one wife.

But bigamy can only occur – under present law- if one or more of the parties to the polygamous relationship is in a state licensed marriage.

In Utah, bigamy is by having actual multiple licensed marriages contemporaneously, or by cohabitation or by declaration.

In Utah, the law criminalizes people under the authority of state licensed marriage contracts when they have sexual relations with any person with whom they reside (cohabitate) other than their state-licensed spouse.

In most states, a marriage licenses once executed becomes a three-way contract where two individuals grant the state authority over the disposition of assets and income at the time of the dissolution of marriage through divorce or death. Formerly such contracts with the state were permitted solely between a man and a woman, but the US government mandated every state had to agree to have authority over any two people who wish to be licensed regardless of gender.

However, state authority extends to the enforcement of marital monogamy. It is a crime for any person under any state licensed marriage while in Utah to have sex with anyone other than their spouse. If the married party cohabits with another person, it is bigamy, a felony; if there is sex, but they do not live together, it is adultery, a misdemeanor.

In Utah, a licensed marriage contract is required for bigamy. This is important since if no one in a cohabitating relationship are licensed in marriage, there is no bigamy under Utah law. Therefore people who are not married may cohabitate with any person or combination of persons of any gender or genders.

All types of adult, consensual sexual relationships – monogamy, polygyny, polyandry, polyamory, are legal provided none of the participants are married under state authority.

One hundred people could live together in communal polyamory and it is legal unless one or more of them are under the authority of the state through a marriage contract. One person under a marriage contract makes every person guilty of bigamy.

The proposed revision of the law would change polygamy for licensed married persons from bigamy, a felony, to adultery, a misdemeanor with penalties of up to six months in jail, provided no cohabitant publicly claimed they are married to anyone other than their state licensed spouse.

The changing of the word “or” to “and” makes a big difference.

Proposed Bigamy   “the person purports to marry and cohabitates with the other person.

For example: John and Mary are licensed by the state as husband and wife. They cohabitate with Whitney. Under present Utah law, they are all bigamists.

If Whitney doesn’t live in the house, but has a sexual relationship with John, then John and Whitney are adulterers; no crime was committed by Mary.

Under the proposed revision, the three could cohabitate without being bigamists provided none refer to Whitney as John’s wife or John as her husband. John and Whitney can legally refer to each other as “lovers,” “significant others,” or “soul mates.”

Should Whitney live in another house, she can call John her husband. John can refer to Whitney as one of his wives, and they would not be bigamists.

The Utah Attorney General insists the cohabitation and declaration elements of the bigamy law are not now nor are they contemplated to be “stand alone” prosecutions but have and will continue to be only used to charge people if there are allegations of child bigamy, fraud, abuse or violence.

There is no guarantee that some prosecutor will not bring bigamy charges for cohabitation or declaration, insofar as the law is the law.

Senior Wishes is looking for seniors who have wishes they need to fulfill
Digital Edition – Feb 16, 2017