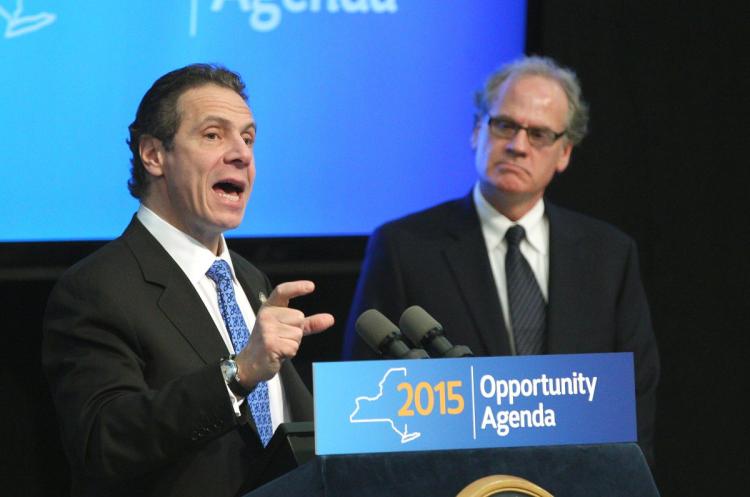 What did Sam Hoyt say to Dennis Virtuoso last Tuesday in a phone call to convince the Niagara County legislator from Niagara Falls to pull his resolution opposing Gov. Andrew Cuomo’s controversial plan to build a world class lodge on Goat Island?

Well, true to form, Hoyt, regional vice president of super-secretive Empire State Development, could not be reached to give his side of the conversation, but according to Virtuoso, Hoyt asked him to pull his resolution from consideration at the legislature’s regular session because the lodge plan was as good as dead and there would be three or four site proposals to come and aggressive public input.

So Virtuoso tabled his resolution and a text to Niagara Falls Council member Kristen Grandinetti from a Cuomo aide, probably Hoyt, quieted opposition at last week’s council meeting when she said the governor had backed off a Goat Island lodge and more locations and proposals would be forthcoming.

As everybody now knows, the efforts last week to stifle public opposition were successful to a point, but the next day Hoyt’s boss and Cuomo’s top economic development chief, Howard Zemsky, said Goat Island remains a possibility for a lodge along with three other state parks.

So what does it all mean? We know that Empire State Development (Cuomo, Zemsky, Hoyt) and USA Niagara are as slippery as a wet Goat Island rock.

Transparency is not a word in their vocabulary and last week’s shenanigans to muffle political opposition is an example of the dirty tricks they employ to mislead the public, whether with the Hamister Hotel fiasco or a lodge on Goat Island.

You can’t believe them or trust them, as Virtuoso and Grandinetti found out last week.

In the larger scheme, what’s going on with this save-Niagara Falls lodge plan being pushed by Cuomo in a state park that would be a bonanza for the developer who gets the deal and a real blow to downtown Niagara Falls businesses that hope to lure tourist dollars, not lose them to a tax-exempt lodge and the favored developer.

And does anyone really believe that Goat Island, in all its pristine beauty, is off the table? Think of the concession value for a 100-room or more lodge on Goat Island with people likely staying for three or four days and never visiting downtown Niagara Falls to shop, dine, or sightsee?  It would be virtual gold mine for the developer who would be forever grateful to the political forces that delivered the prize.

Not jumping to conclusions, mind you, just saying what a lot of insiders are thinking about the Goat Island lodge.  Given the secrecy that governs the state’s development agencies, it may be some time before we know the whole story.  But it is clear from Zemsky’s remarks contradicting what Hoyt told Virtuoso that Goat Island is still in the game.

State Sen. Robert Ortt and Assemblyman Angelo Morinello have joined the chorus of political opposition to a Goat Island lodge and even Mayor Paul Dyster has wavered from the Cuomo line, although we’ll see how long he holds up if the governor stays the course.

Anyway, for what it is worth, Virtuoso plans to file his resolution opposing a Goat Island lodge at the March 21 legislature meeting, although unless something happens soon in the way of RFPs from the state, the public could be in the dark on what’s next. But something is coming, you can sure, in the wake of Zemsky’s remarks last week that the state has not given up on a state park lodge and Goat Island is still in play.