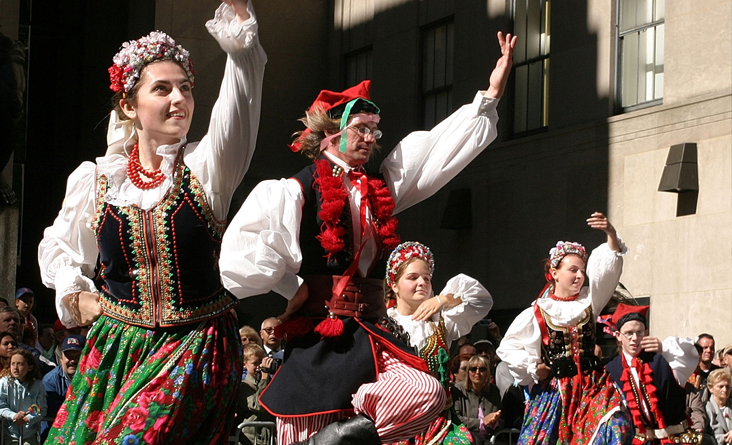 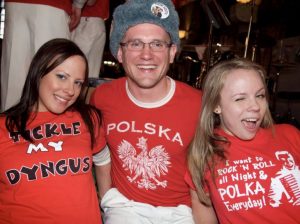 t’s hard to believe Buffalo has now celebrated ten Dyngus Day parades and is about to embark on its second decade of the springtime ritual known as “Smigus dingus.” This annual event has grown from several hundred people participating to well over 50,000 participants. It’s become so pervasive in our regional culture, it feels like it’s always been a part of our lives.

Buffalo’s Polish natives have celebrated this end of Lent celebration since clubs and taverns began their pussy willow polka parties back in the 1960’s. But the polkas, the flailing of budding pussy willow branches and dousing members of the opposite sex with water pistols remained somewhat obscure tradition until comedian/tv personality/entrepreneur Eddie Dobosiewicz had a vision of making Dyngus Day the biggest celebration of Polish pride and history in the state, maybe even in the entire country. Dobosiewicz was determined to create something that would appeal to everyone of any nationality and any age. A pefect man for the job since Dobosiewicz is fiercely proud of both his Polish heritage and his hometown, Buffalo

What is Dyngus Day?

The celebration has been traced back to the 14th century but may have been earlier.

Originally ?migus and dyngus were two separate events, with ?migus involving the act of boys throwing water (oblewanki) on girls (often a sign of their affection), and dyngus, bribing people with pisanki to escape from ?migus water throwing; later both traditions merged. Boys and girls whipping each other with pussy willows was also part of the tradition. In 1410, it was forbidden by the Bishop of Pozna? in an edict titled Dingus Prohibitur, which instructed residents not to “pester or plague others in what is universally called Dingus.”

In 2012, television newsman Anderson Cooper broke into an uncontrollable fit of giggles during a segment of his “RidicuList” when describing girls striking boys with pussy willows. (He later apologized.)

How do you explain to a novice that there is a day every year when people actually chase one another with pussy willow branches trying to swat each other to show their affection, while reciprocating that pursuit by dousing the other with water?

Dyngus Day is quite simple. It’s the bookend to Fat Tuesday on the other end of Lent. It’s really just a party signifying the end of Lent as opposed to the start. The ancient roots of the post Lenten bacchanal known as Dyngus Day had their start in pagan rituals signifying the beginning of the growing season but over the centuries

have evolved into a whole different experience.

Over the decades, Dyngus Day has become a wonderful holiday to celebrate Polish-

American culture, heritage and traditions. There are many stories that attempt to explain the origins of the day. Many Polish religious customs date back to pre-Christian, Slavic practices. The custom of pouring water is an ancient spring rite

of cleansing, purification, and fertility. The same is true of the complimentary

Since 966 A.D., Dyngus Day has been associated with the baptism of Prince Mieszko I. Tradition states that Prince Mieszko I along with his court were baptized on Easter Monday when he adopted Christianity as the national religion of Poland. Thus, Dyngus Day and its rites of sprinkling with water have become a folk celebration,

in thanksgiving for the fact that the first king of Poland was baptized into Christianity, bringing Catholicism to Poland.

In more modern times, the tradition continued when farm boys in Poland wanted to attract notice from the girls of their choice. It was customary to throw water and hit the girls on their legs with twigs or pussy willow branches. Cologne was used

instead of water by the more gallant lads. The ladies would reciprocate by throwing dishes & crockery and Tuesday was their day of revenge, imitating the same tactics. These days they would probably be arrested for such frivolity. 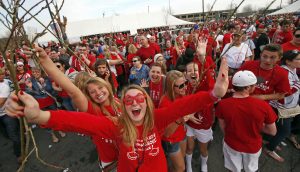 Where is Dyngus Day Celebrated? Buffalo, NY is officially the Dyngus Day capital of the World, hosting the largest concentration of festival locations, polka bands and Polish traditions in the nation. Although the custom of such a quirky post Lenten celebration is based in Polish tradition, his city situated on the south eastern shores of Lake Erie has truly embraced this ancient custom and made it it’s own. Some smaller events have been exported from Buffalo into other communities where Polish- Americans have settled however there is no dispute that if you truly want to celebrate Dyngus there is no other place than Buffalo to do so. Ironically, it’s not widely observed in Poland. But we’re working on it.

Pussy Willows or Water? This is a yearly debate among Dyngus Day revelers. The tradition holds true that on Easter Monday boys would sprinkle the girls with water and tap them with pussy willows. On Easter Tuesday, the women would return the favor. At modern Dyngus Day parties it is common practice that both men and women trade water splashing and pussy willow spanking equally.

as men and women flirt with playful “taps.” Branches of the plant are used as the pussy willow is one of the first “budding” plants of spring. But how did the pussy willow get its name? This like the use of water is directly related to the emerging

“life” associated with a new growing season. According to Polish legend, many springs ago, baby kittens fell into a raging river while chasing butterflies. The mother cat sadly wept at the river’s edge, pleading for help for her drowning kittens. The willows heard her mournful cries and swept their long graceful branches

into the water. The kittens grabbed the branches, held on tightly and were safely brought to shore. Every spring, from that day on, the willows

sprouted fur-like buds where the tiny kittens once clung.

FOR MORE INFO GO TO: www.dyngusday.com 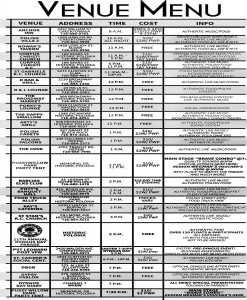