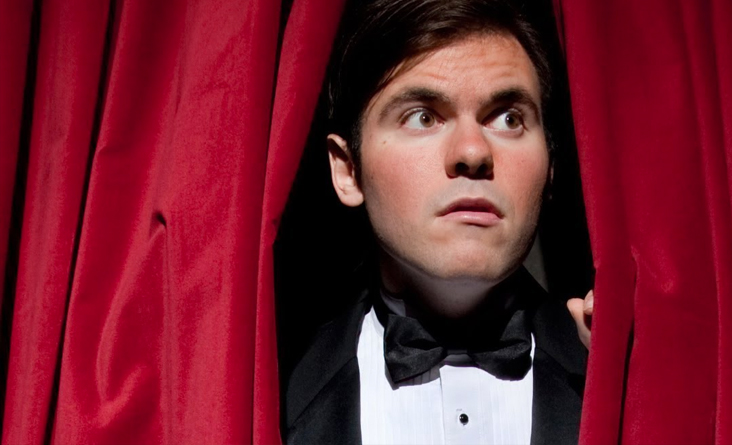 Stage and screen star Harvey Fierstein (pictured above) will be honored, together with playwrights Paula Vogel and Israel Horovitz, with the Legends of Off Broadway Award given by the Off Broadway Alliance. Fierstein recently returned to the off-Broadway stage to star in Martin Sherman’s new play Gently Down the Stream. The production has been extended a second time through May 21st at the Public Theater. Fierstein, who recreated her performance as Edna in last year’s Hairspray Live! is writing the book for NBC’s next live musical broadcast, Bye Bye Birdie. His Tony wining play Torch Song Trilogy is being revived in New York in September, starring Michael Urie. And there is still talk that he will be playing Ursula in Disney’s next live-action reboot, The Little Mermaid.

Speaking of Horovitz, New Phoenix will kick up its 2017-18 season with his play My Old Lady, starring Anne Gayley, Eileen Dugan, and John Fredo, directed by Michael Lodick.

After a very successful fundraiser performance of Page to Stage, featuring songs from Kiss Me Kate and West Side Story, Second Generation Theatre is rehearsing Adam Guettel’s The Light in the Piazza, 2005 Tony Award winner for Best Original Score. Directed by Loraine O’Donnell with music direction by Alan Paglia, the production runs June 2nd-8th at the Lancaster Opera House, starring Debbie Pappas Sham, Kelly Copps, Anthony Lazarro, Marc Sacco, Rebecca Runge, Katy Miner, Matt Witten, and Steve Jakiel. The company is gearing up to open its own space in the renovated Shea’s Seneca Theatre in South Buffalo in June 2018 with the Broadway musical Big Fish, directed by Michael Walline.

Wicked is coming back to Shea’s May 17th – June 4th.  This time around the touring production features Isabel Keating as Madame Morrible, and Robin de Jesus as Boq. Keating received a Tony nomination for The Boy from Oz and was also in Spider-Man Turn Off the Dark. She has many friends in Buffalo from her days at Bristol Valley Playhouse. De Jesus was nominated for a Tony for the 2010 revival of La Cage aux Folles.

Cabaret for Chechnya featuring Kerrykate Abel, accompanied by Michael Hooker will be performed on May 13th at 8 at Evergreen Commons, 67 Prospect Ave. Doors open at 7:30 p.m., $10.00 suggested contribution. Proceeds to benefit Rainbow Railroad, a Toronto based organization that assists LGBTQ people escape danger through its global network of safe routes.

John Kaczorowski will be back in Buffalo to join Robert Insana in performing in The Music of Simon and Garfunkel, June 10th at 8 p.m. at Musicalfare’s Premier Cabaret. They will be joined by special guest star Joan Cretacci.

Buffalo’s (Lackawanna’s, more precisely) Ruben Santiago-Hudson has just been nominated for a 2017 Tony Award for his direction of August Wilson’s Jitney. The production was also nominated for Best Revival of a Play. Santiago-Hudson won a 1996 Tony Award for Best Featured Actor for his performance in August Wilson’s Seven Guitars. Directed by the acclaimed Lloyd Richards, that production also starred Viola Davis. His 2001 autobiographical play Lackawanna Blues had a successful run in New York and was made into an HBO film in 2005 but has not yet been produced in Buffalo.

Speaking of the Tony Awards, it was a good year for new musicals. There were thirteen eligible productions and some of the biggest and most anticipated failed to get a Best Musical nod: Amelie, Anastasia, Charlie and the Chocolate Factory, and War Paint. Of the five eligible musical revivals only three were nominated, leaving out both Lloyd Webber’s Cats and Sunset Boulevard. And for the first time in a while, all nominated new plays are written by American playwrights (no British invasion this year), including 2017 Pulitzer Prize winner Sweat by Lynn Nottage.

Donald Margulies (pictured below) will be in town to celebrate the production of his play The Country House now at Road Less Traveled Theater. His 2000 Pulitzer Prize winning play Dinner with Friends was presented by the company earlier this season. His plays Sight Unseen and Collected Stories were Pulitzer finalists in 1992 and 1997. In 1993 Christine Baranski starred off Broadway in his play The Loman Family Picnic. Next season, the Jewish Repertory will present Sight Unseen, directed by Saul Elkin, starring Connie Caldwell, Josie DiVincenzo, David Lundy and Peter Palmisano. Jewish Rep will open its season with Visiting Mr. Green, starring Elkin and Nick Stevens, directed by Steve Vaughan. 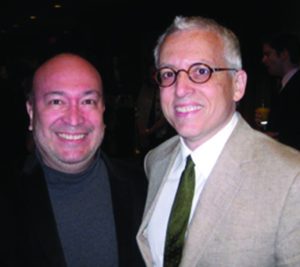