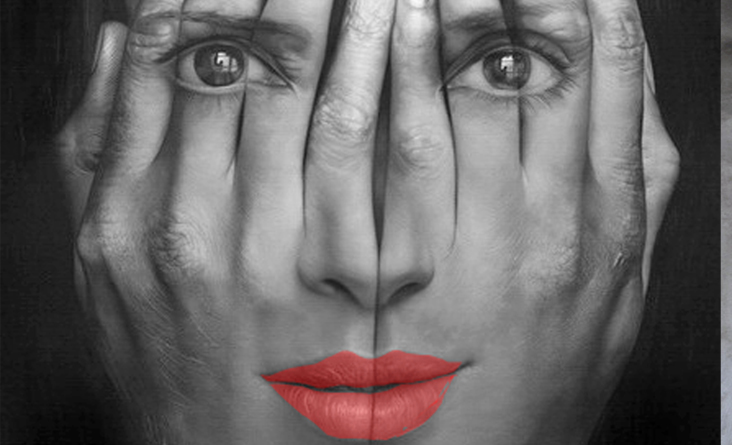 — Monument to Flossing: Russian artist Mariana Shumkova is certainly doing her part for oral hygiene, publicly unveiling her St. Petersburg statuette of a frightening, malformed head displaying actual extracted human teeth, misaligned and populating holes in the face that represent the mouth and eyes. She told Pravda in April that “only (something with) a strong emotional impact” would make people think about tooth care. [Pravda, 4-12-2017]

— Artist Lucy Gafford of Mobile, Alabama, has a flourishing audience of fans (exact numbers not revealed), reported AL.com in March, but lacking a formal “brick and mortar” gallery show, she must exhibit her estimated 400 pieces online only. Gafford, who has long hair, periodically flings loose, wet strands onto her shower wall and arranges them into designs, which she photographs and posts, at a rate of about one new creation a week since 2014. [AL.com (Mobile), 3-20-2017]bright ideas

— Raising a Hardy Generation: Preschoolers at the Elves and Fairies Woodland Nursery in Edmondsham, England, rough it all day long outside, using tools (even a saw!), burning wood, planting crops. Climbing ropes and rolling in the mud are also encouraged. Kids as young as age 2 grow and cook herbs and vegetables (incidentally absorbing “arithmetic” by measuring ingredients). In its most recent accreditation inspection, the nursery was judged “outstanding.” [Metro News (London), 4-10-2017]

— Legendary German Engineering: The state-of-the-art Berlin Brandenburg Airport, originally scheduled to open in 2012, has largely been “completed,” but ubiquitous malfunctions have moved the opening back to at least 2020. Among the problems: cabling wrongly laid out; escalators too short; 4,000 doors incorrectly numbered; a chief planner who turned out to be an impostor; complete failure of the “futuristic” fire safety system, e.g., no smoke exhaust and no working alarms (provoking a suggested alternative to just hire 800 low-paid staff to walk around the airport and watch for fires). The initial $2.2 billion price tag is now $6.5 billion (and counting). [News.com.au (Sydney), 3-27-2017]

Prominent tax avoider Winston Shrout, 69, was convicted in April on 13 fraud counts and six of “willful” failure to file federal returns during 2009 to 2014 — despite his clever defense, which jurors in Portland, Oregon, apparently ignored. Shrout, through seminars and publications, had created a cottage industry teaching ways to beat the tax code, but had managed always to slyly mention that his tips were “void where prohibited by law” (to show that he lacked the requisite “intent” to commit crimes). Among Shrout’s schemes: He once sent homemade “International Bills of Exchange” to a small community bank in Chicago apparently hoping the bank would carelessly launder them into legal currency, but (in violation of the “keep a low profile” rule) he had given each IBE a face value of $1 trillion. [The Oregonian, 4-21-2017]

Why? Just … Because: (1) The AquaGenie, subject of a current crowdfunding campaign, would be a $70 water bottle with Wi-Fi. Fill the bottle and enter your “water goals”; the app will alert you to various courses of action if you’ve insufficiently hydrated yourself. (2) Already on the market: A company called Blacksocks has introduced Calf Socks Classic With Plus — a pair of socks with an internet connection. The smartphone app can help you color-match your socks and tell you, among other things, whether it’s time to wash them. (Ten pairs, $189) [PR Web, 4-17-2017] [TechDigg.com, 4-27-2017]

Dark Day for Competitive Eating: A 42-year-old man choked to death on April 2 at a Voodoo Doughnut shop in Denver as he accepted the store’s “Tex-Ass Challenge” to eat a half-pounder (equivalent of six regular donuts) in 80 seconds. Later the same day, in Fairfield, Connecticut, a 21-year-old college student died, three days after collapsing, choking, at a pancake-eating contest at the Sacred Heart University student center. [KUSA-TV. 4-3-2017] [Connecticut Post, 4-4-2017]

(1) A successful business in Austin, Texas, collapsed recently with the arrests of the husband and wife owners of a “massage parlor,” who had come to police attention when sewer workers fixing a backed-up pipe noticed that the problem was caused by “hundreds of condoms” jamming the connection to the couple’s Jade Massage Therapy. (2) Scott Dion, who has a sometimes-contentious relationship with the Hill County (Montana) tax office, complained in April that he had paid his property bill with a check, but, as before, had written a snarky message on the “memo” line. He told reporters that the treasurer had delayed cashing the check (potentially creating a “late fee” for Dion), apparently because Dion had written “sexual favors” on the memo line. [KVUE-TV (Austin), 4-11-2017] [Associated Press via Great Falls Tribune, 4-11-2017]