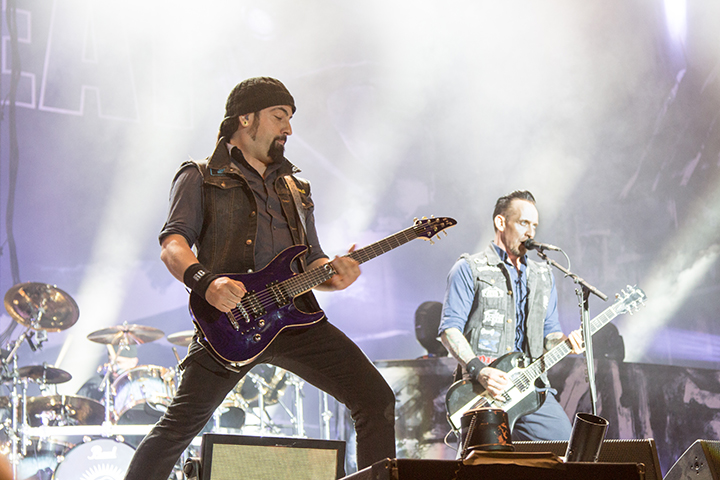 For much of their career, Grammy-nominated Danish rock band Volbeat have been known for their unique fusion of classic rock n’ roll, heavy metal and rockabilly. Volbeat’s unique approach lead to four #1 singles at the Active Rock format and 2010’s album Beyond Hell/Above Heaven being certified Gold in the United States. The band continues their patented style with their sixth album “Seal the Deal & Let’s Boogie.” Singer/guitarist and main songwriter Michael Paulsen is quick to note the album’s tone and theme is “spiritual and sarcasm.” Baroness opens the show performing songs from their new album “Purple.”