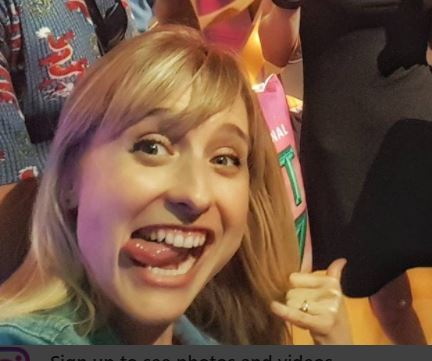 Frank Report readers are likely puzzled that there was no mention of Allison Mack in the NY Times article. The only women named as perpetrators of DOS are Dr. Danielle Roberts and Lauren Salzman.

The narrative in Frank Report has been consistently that Allison Mack was the female founder of DOS, and that the brand “KR-AM” stands for Keith Raniere and Allison Mack.

Given the quotes from former insiders Sarah Edmondson, Anthony Ames, Mark Vicente, and Soukaina Mehdaoui in the NY Times article, there was ample opportunity for reporter Barry Meier to learn from them if they thought Allison Mack was a key figure if not the female leader of DOS. And surely Meier read enough of Frank Report to know to ask the question.

My conclusion is that Sarah and the others told Meier that they believe that Allison Mack is a victim of DOS rather than a perpetrator, and so should not be publicly shamed. And Meier (or his editors) agree that there is insufficient evidence to name Allison Mack as a central figure.

Just as Nancy Salzman was intended to take the blame if ESP ran into legal trouble, Allison Mack was intended to take the blame for DOS, at least inside the Raniere-verse. https://frankreport.com/2017/08/04/allison-mack-to-confess-i-take-full-blame-for-dos-keith-knew-nothing-about-it/“[Allison Mack] is expected to confess [at V-Week] that She is solely responsible for DOS and its practices.

Mr. Raniere was unaware of DOS until it became public.

Miss Mack and some women of DOS kept the practices secret from Mr. Raniere.

Miss Mack and other members devised and created the group without consulting with Mr. Raniere.
Mr. Raniere does not approve of DOS’ practices — and DOS has nothing to do with his teaching organizations, ESP, J’ness, or the Society of Protectors.
Students can rest assured that Mr. Raniere would never expect them or their wives to be branded or provide material that could be used to blackmail them.

Mr. Raniere does not condone branding or collecting material to coerce students’ silence.”

If that was Raniere’s plan from the start, then Mr. Parlato’s sources would have been told that story, and parroted it to him. Ironically, painting Allison Mack as responsible got Mr. Parlato more attention, and seems to be leading to Raniere’s downfall.

The above Frank Report post continued: ‘[Allison Mack’s] mistake has caused her great emotional torment and she will begin a significant “penance”. ‘

Apparently being away from the Wisdom of Vanguard is “penance,” because Allison’s Instagram shows that she has been happily visiting London and Paris recently, likely financed by the Bronfman’s. I suspect that she is being kept out of town because her mind is so far gone at this point that Raniere worries what she will say to the press or the authorities under questioning.

Timeline of events on the outing of the branding of women by Keith Raniere
New York Times publishes expose of DOS and human branding!!!