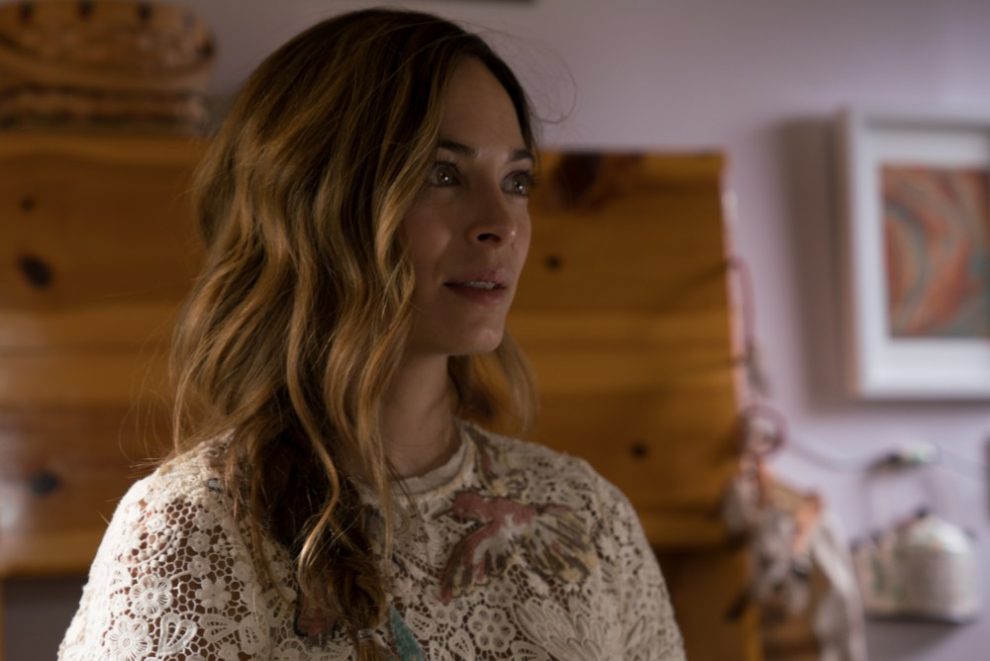 The plot line is: Corporate attorney Joanna Hanley [Kreuk] returns to her hometown in order to represent a large pharmaceutical company against a group of sick girls but starts to see these girls need her help.

She tries to find out what is wrong with them and who caused their illness – despite risking her career and facing danger to courageously expose the wrongdoers.

In the episode, Devil in the Dessert, the plot is described: As threats against her [Kreuk/Joanna] escalate, Joanna hopes that a neuropsychologist will prove that the girls were poisoned.

Her plot line in real life: Kristin Kreuk represented a cult named NXIVM as a coach, and as a celebrity member used by NXIVM to recruit others. The cult is under investigation by the US Dept. of Justice {Eastern District of NY] and has garnered worldwide headlines for its practice of branding women on their pubic area as marked slaves of the cult leader.

Kreuk allegedly left the cult in 2012, shortly before the branding began, but now NXIVM seeks to destroy the branded and blackmailed women who left. Kreuk has been made aware that the women need help but to date she has remained silent.

Her real life drama might be called ‘Devil of a Vanguard’ [Vanguard is the name the cult leader has his followers call him. His real name is Keith Raniere].

Burden of Truth can be seen on CBC.