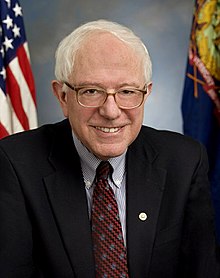 One thing scarcely mentioned about the largely symbolic indictment of Russians by a grand jury in the investigation headed by Special Counsel Robert Mueller last week, is that, during the 2016 presidential campaign, the alleged Russian conspirators “engaged in operations…to support Bernie Sanders.”

Everyone knows, they allegedly engaged in operations to support Donald Trump, according to the indictment, while denigrating Hillary Clinton.

Page 17 of the indictment alleges the Russians charged in it “engaged in operations” to to support Bernie Sanders:

“By 2016, defendants and their co-conspirators used their fictitious online personas to interfere with the 2016 U.S. presidential election. They engaged in operations primarily intended to communication derogatory information about Hillary Clinton, to denigrate other candidates such as Ted Cruz and Marco Rubio, and to support Bernie Sanders and then-candidate Donald Trump.

“On or about February 10, 2016, defendants and their co-conspirators internally circulated an outline of themes for future content to be posted to organization-controlled social media accounts. Specialists were instructed to post content that focuses on ‘politics in the USA’ and to ‘use any opportunity to criticize Hillary and the rest (except Sanders and Trump—we support them).’

Why were these Russians eager to see Hillary, Rubio and Cruz defeated?

None of the Russians charged are likely to go to trial in the US since it is unlikely Russia will extradite them.

Click here to post a comment
FBI Will Review 16,750 Pages of Comey Documents in Response to Judicial Watch FOIA
HANY to Board of Regents: Get rid of pencil & paper; Move to Full Computer Testing by Spring 2021