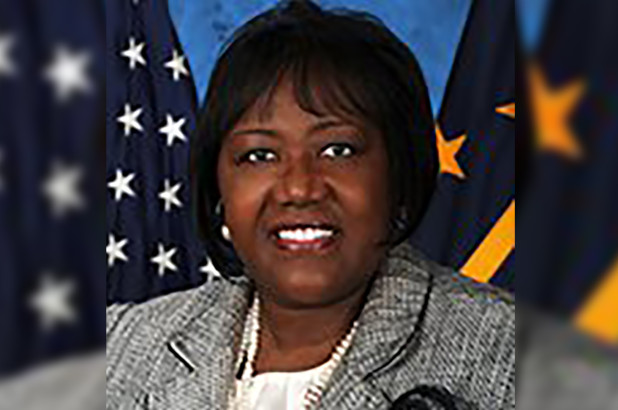 Last week I told you here about corruption at the highest levels of the U.S. Department of Veterans Affairs. That was just the beginning. OurCorruption Chronicles blog has the new story.

One of the high-ranking Veteran Administration (VA) officials who misled the agency’s secretary about the prosecution of an elderly Army vet made false claims and altered an official record in a separate case. Her name is Vivieca Wright and she was the chief of staff to VA Secretary David J. Shulkin.

Last week Judicial Watch obtained records showing that Wright and others in Shulkin’s inner circle lied to him about a federal case in which an Army veteran was criminally prosecuted for displaying the American Flag at a southern California VA facility. Judicial Watch helped represent the 75-year-old vet, Robert Rosebrock, who faced up to six months in jail for the ghastly offense of affixing Old Glory at a site honoring those who served their country. He was also charged with taking unauthorized photographs of both the Flag and VA police.

Wright helped spread falsehoods to her boss about the Rosebrock prosecution after he ordered her to check the accuracy of a national news report about the federal case. Shulkin was opposed to pressing charges against Rosebrock and wanted to issue a press release announcing it. More than a month before Rosebrock’s trial, the VA Secretary’s staff downplayed the seriousness of the charges by erroneously stating in official agency emails that the vet made the choice to go to court rather than pay a fine and that he faced no jail time. In fact, Wright forwarded an email to her boss from the director of the West L.A. VA, Ann Brown, falsely stating: “Forgot to add—he is facing a $25 fine with NO jail time.”

Days after Judicial Watch published this, the Department of Veterans Affairs Office of Inspector General (OIG) released a reportstating that Shulkin’s chief of staff lied and altered official agency emails in another case. The VA watchdog was tipped off by a whistleblower outraged over waste involving an overseas trip that misspent taxpayer dollars and misused department resources.

During the European jaunt, a high-level VA employee was delegated to “personal travel concierge,” OIG investigators found, and the agency paid thousands of dollars for Shulkin’s wife, a dermatologist named Merle Bari with a private practice in Pennsylvania, to join him on the trip to Copenhagen and London last July. The ten-day trek included 11 people and cost the VA north of $122,000, according to the OIG probe, which found “serious derelictions concerning the trip…” The VA delegation visited Kensington Palace and Westminster Abbey and strolled through the gardens of Buckingham Palace. Details are included in more than a dozen trip books printed at a cost of $100 each, the report reveals.

The VA secretary and his entourage were officially attending the Ministerial Summit on Veterans’ Affairs in London, a questionable powwow for senior officials from the U.S., the United Kingdom, Canada, Australia and New Zealand to “discuss topical issues related to veterans.” After accepting the invitation, Shulkin ordered his staff to book a side trip to Copenhagen, Denmark. Prior to the summer trip, Wright contacted the VA ethics office to find out if her boss’s wife would qualify as an official U.S. government traveler so taxpayers could pick up her expenses. Unless she was on official business or Shulkin was receiving an award, the wife didn’t qualify and would have to pay her own way, Wright was told.

The former chief of staff did what any corrupt government employee would do—lied and falsified a document. She made up a bogus award that Shulkin would supposedly receive from the U.S. ambassador to Denmark and told the ethics office that the wife’s travel had been “approved by the White House.” Shulkin never received any awards or recognitions, the OIG report confirms. The “VA’s chief of staff made false representations to a VA ethics official and altered an official record, resulting in VA improperly paying for Dr. Bari’s air travel,” the report states.

Of interesting note is that less than two weeks before the European trip, Shulkin issued a stern memo to all VA staff announcing restrictions on nonessential travel. The memo, titled Essential Employee Travel, said agency managers had to approve all employee travel by determining whether it is essential in order to decrease “employee travel and generate savings” within the VA. Evidently, the new measures don’t apply to him or his wife. Investigators say they found no evidence that Shulkin was aware of his chief of staff’s “false representations or alteration of official records.” Because Wright’s actions may have violated criminal statutes, the OIG referred the matter to the Department of Justice (DOJ) for criminal prosecution, but the agency decided to let it slide. This is typical of the dysfunctional manner in which government operates.