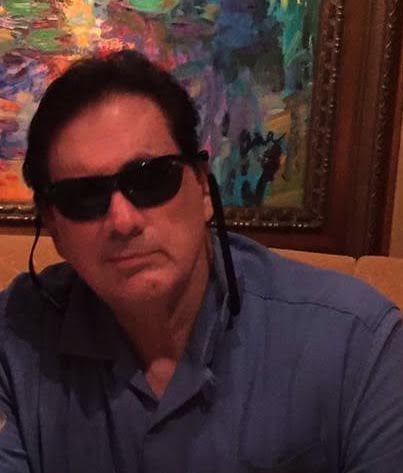 A modern interpretation of the “Deep State” is that it consist of powerful individuals, either alone or collectively, who use the state to fulfill their ambitions, to get richer and obtain more power.

The truth is conspiracies do in fact exist, as evidenced in the world of intelligence, law enforcement, business and politics: Watergate, Iran-Contra, the savings and loan scandal of the 1980s/90s are examples.

Political commentator Dick Morris is familiar with the corruption of government and mainstream media. Morris warrants the Deep State is real, having gained knowledge of its existence as a White House advisor to President Clinton.

Political satirist, George Carlin, in a monologue references The Deep State as “the people who really own and run this country,” while alleging, humorously, they created institutions of higher learning to eliminate critical thinking because that gets in the way of them manipulating and managing your perception.

In the feature film, “The Insider;” the story of how “Big Tobacco’s” majority shareholder, Westinghouse, was in league with CBS Network executives. Together, they shaped and controlled the public’s perception of tobacco. CBS 60 Minutes was prevented from informing the public how tobacco companies concealed from the public that cigarette smoke caused cancer.

In the wake of most shooting tragedies, Democratic party leaders advocate gun control. Ironically, the majority of gun violence occurs in Democrat gun-controlled cities. In Chicago, there were reportedly 497 shooting deaths last year, with another 2,395 people having been shot and wounded.

Cook County Commissioner Richard Boykin used the gun violence in Chicago as an excuse to meet with the United Nations for the purpose of putting foreign troops on American soil, as “peacekeepers.”

This was disturbing news for “Deep State” conspiracy theorists and pro-gun 2nd Amendment advocates who are mindful of how 262 million people were murdered by their own governments right after they had instituted gun control in the 20th Century.

Many profess what Boykin did proves the Deep State intends to take away guns so this country can be thrown into chaos, overthrown and replaced by a “New World Order.”  They claim Democrats are conspiring with the Deep State.

During the Obama administration, when the Democratic party was in control of  Congress and Presidency, there existed a greater frequency of school shootings. Democrats steered clear of gun control legislation that should have been easily passed.  The failure to enact legislation when it was readily available to them suggests that gun control and the impassioned pleadings for it by Democrats, may be a diversion.  Given the happenstances surrounding mass shootings, their outrage has more to do with garnering publicity and campaign contributions from — Big Pharma.

The increase in violence, suicides and mass shootings used to justify gun control correlates to the introduction and increase in the disbursement of psychotropic drugs in America by Big Pharma.  Most all mass shooters in America were medically treated with brain altering medication.

The website Pharma Death Clock tracks medical-related deaths since January 1, 2000, revealing astonishing numbers of people killed by the medical system. The vast number of medical related deaths by comparison dwarfs the number of Americans killed each year by gun-related deaths.  And yet, where is the public outcry by corporate media?

Estimates by medical professionals and law enforcement put those numbers above 36,000 deaths for 2017.   Opioid drugs are causing the equivalent of two Las Vegas shooting massacres PER DAY in terms of the number killed.

Given the size of its advertising budgets, Big Pharma is viewed a multi-billion dollar financial cornerstone in the world of corporate media. It can also, if it wished (if it hasn’t already), be a sizable shareholder in the publicly traded parent corporation(s) of corporate media in America.  And like Big Tobaccco, control the media narrative.

It seems to me the gun control debate has more to do with shielding corporate greed, as opposed to what others claim is the Deep State trying to disarm America and, in the process, ends up polarizing the country.